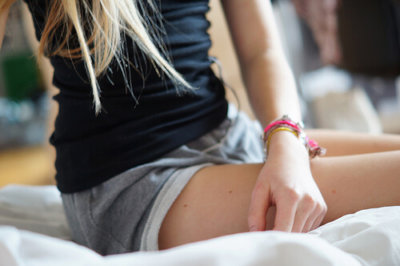 In a 2015 report commissioned by the UK charity Beating Eating Disorders (B-EAT), it was estimated that over 725,000 Brits suffer from an eating disorder. Of that number, around 10% are thought to suffer from anorexia nervosa.

Laura* is one of the lucky ones who found support for her struggles with anorexia and recovered. Now happily married and a mother herself, she shares her story in hopes that parents and loved ones of anorexics can understand and help.

It started when my grandma died when I was thirteen. We’d always been really close and I had spent many happy weekends and holidays with her. I couldn’t understand why she had to be taken from me, and in hindsight I think it sparked depression as from that moment things started to spiral out of control.

It’s funny I’d use the word control, as if there is one thing I understand now is that anorexia isn’t about food at all, but about control. Control and safety.

The world didn’t seem so safe without my Gran, and somehow I must have blamed myself, as what was growing was definitely self-hatred. 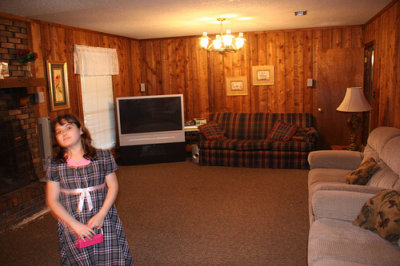 At the time I was a little chubby, and the kids at school would tease me for my chubby cheeks and clothes that were too tight. Even family members commented on the ‘puppy fat’ I was carrying and one well-meaning aunt suggested to my mum I was put on a diet, which didn’t help.

The reality was I had friends, puberty was creeping up, I was bright and liked school. Sure, I was carrying a little extra weight, but it wasn’t anything serious and would have gone in time.

But in my mind back then, I wasn’t pretty enough, I wasn’t tall enough, I was flat chested, I had spots, my hair was brown not blond, I didn’t fit in the popular clique.

And then I just summarised all that into being because I was fat. The only thing that could make me not a failure and geek was if I was thin. Really thin. I admired girls where I could see their bones. I wanted that, to see my hip bones jut out, my collarbone visible. 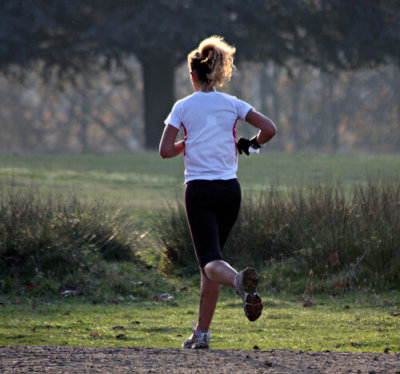 The changes were small – at first. We had a canteen that was packed with chips, beans and burgers but I started opting for the jacket potato, leaving half, and then just picking. Everyone was so busy talking about boys and pop groups they didn’t care what I was eating and no one ever commented.

Rather than hate cross-country I began to love it, as I knew that the pain in my chest equaled fat coming off my body.

By the time I turned 14 all I thought about was losing weight. I was young, there was no internet, no support forums or chat rooms, how was I to know there was anything wrong? I had never even heard the word anorexia.

But then a teacher at school took me aside to have a chat. She had seen me going from being a bubbly little thing with a smiley face and healthy appetite to a tiny, fragile girl who was always in cardigans and jumpers with blue fingers. I brushed it off out of utter embarrassment, said it was family genes and a fast metabolism, but headed straight to the library to look it up.

Anorexia was described in the encyclopaedia as a serious mental illness and sufferers would do anything to lose weight and maintain that loss. I didn’t think I was mental at all, I just wanted to be thin. I didn’t ever overeat, purge or vomit and I didn’t use laxatives.

So I put anorexia to the back of my mind and carried on with my quest.

Writing this I feel sad that only that teacher did anything. I can’t help but think, how did nobody else notice? Why did nobody else talk to me? The child inside of me doesn’t understand, even though as an adult and now mother myself I do see that my parents did know there was something wrong but just didn’t know what to do about it. It was the 1980s, people weren’t talking about eating disorders as much back then.

And like all good anorexics, I was secretive. I would lie that I had eaten and I was fine. Hide food and throw it in the bin on the way to school. I never went out with friends if food was involved – I pretended I was busy, or wasn’t allowed out.

Even at six-and-a-half stone I still thought I was fat and knew that if I wanted to hit the jackpot and see my bones sticking out then I would have to keep going.

My stomach hurt all the time, I was dizzy whenever I stood up, and my periods were nonexistent. Then there was the cold – I was always so chilly that sometimes my teeth chattered. And the fatigue. Nobody ever talks about how exhausting anorexia is. You just have no energy at all.

At fifteen I hit my goal and reached six stone. I wore tiny skirts. I felt so proud of my little legs sticking out. And it seemed to be working. Boys noticed me, and the cool girls did want to be my friend.

As a child I thought my newfound popularity was because I was thin, but now I can see that maybe it was because I sadly felt better about myself and thought I was more interesting thin. The other kids probably just bought into my confidence, not knowing that they were encouraging my illness.

Six stone must have looked very scary. My mother did, in the end, march me to the doctors. Did it matter by then? Not at all. I thought I looked great and they were jealous. I told them I would start to eat, and I’m afraid they believed me and that was that.

I met a friend at that point who was also anorexic. In the beginning it was like we belonged to an elite club for the thin people. We were the chosen ones and that felt great to me because I had never had such a sense of belonging before.

We sat in her room, wrapped in blankets and holding hot water bottles in the middle of a hot August, discussing how many apples and rice cakes we were keeping it to a day, and what size kids clothes we now fit into.

And then, at my summer job at a local cafe, I fainted. Right in front of customers and other staff. It was mortifying. And somehow, lying on the floor and looking up at their shocked and concerned faces, I woke up a little. I knew I’d taken it too far.

I started to notice the bad side of starving myself. The fur that had grown on my face, the way my hip bones dug into my mattress making it hard for me to sleep. I wasn’t proud of the problems it was causing at home and I hated having to lie all the time.

I went back to the GP, by myself this time, and we talked. He was kind, and he understood, but he showed me some tough love. These are the facts, he said. If you don’t stop you might never have kids, you could have a heart attack, your hair could fall out, your bones could crumble away and ultimately you might die.

I walked out of there shocked, a bit angry at him for laying in to me, but ultimately, with the decision taken that I wanted to get better. I was about to start sixth form. I knew that I needed to grow up and be responsible.

I won’t lie. Recovery was hard. Even eating a tuna sandwich was traumatic and it took over an hour the first time. I was convinced that everything I ate was going to make me fat.

More than anything, looking at food on my plate that I knew I had to eat, I felt vulnerable. Not eating had in a weird way been my way of feeling safe.

I started being open about my struggles, which meant my friends and family could finally support me and there was no more hiding.

I kept seeing the GP who then got me further help that I needed. I think what worked about eating disorder counselling was to have someone who wasn’t angry or scared that I was struggling, and didn’t force advice on me, but just listened.

When asked for advice for handling a loved one who is anorexic, that is the best tip I can offer – listen. Be there for them.

I think changing schools was lucky timing as my new friends were brilliant, and it let me create a new life for myself.

Because really, recovering from anorexia isn’t about the food, either. It’s about deciding to live, and for me that meant doing things that made me want to live. Laughing with my friends, for starters.

Being able to go out for dinner with my friends on my 17th birthday was a massive achievement and with thirty of us sat around the table it dawned on me that you didn’t need to be skeletal to be liked. You needed to be you. You needed to be comfortable in your own skin.

You needed to be happy. Not in a big, perfect, showy way. Just in a way that works for you.

Even now in my forties there are times when I think I am not attractive enough, not smart enough, not popular enough, not successful enough. But I catch the voice now, and rather than listen to it, I tell it, no. I am good enough. And now, when I see my sons smile at me and hear my husband tell me he loves me, I know it was all worth it and appreciate my healthy life so much.

Have you struggled with anorexia? Want to share your experience? Do so below.