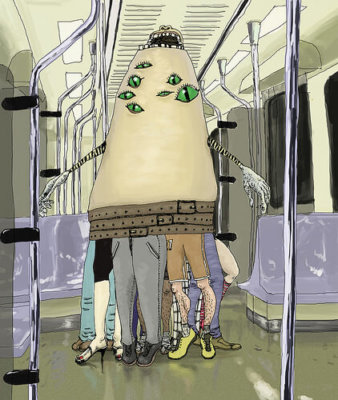 Dissociative disorders are a collection of mental health issues which involve an altered sense of reality where you feel disconnected from yourself and the world in general. It’s thought that this tendency to disassociate starts as a defence mechanism when there is a need to cope with an overwhelming event, such as abuse or some other form of trauma.

But what does ‘disassociation’ mean?

Have you ever been so stressed about something you manage to get from point A to point B without even noticing a single thing you’ve walked past? Or been so nervous in an interview you had a strange sense you were watching yourself speak like your life was a movie?

These are dissociative states, where the mind and body don’t feel entirely connected, and we all experience them now and then. It’s even normal after a stressful life change like losing a loved one or a divorce to have this experience quite frequently for some weeks.

For people with a dissociative disorder, however, this sense of being disconnected from and uncertain of who they are is ongoing and long-term, often from childhood.

It causes them substantial stress and makes everyday life, such as work, social life, relationships, and family life, more of a challenge. It is not always obvious that someone has a dissociative disorder, as some forms can be used to hide stress and the individual in question can appear highly functioning.

What are the symptoms of dissociative disorder?

In general, the trademark symptom of the dissociative disorders is a break from reality in which a person feels as though they are not connected to their body, or that the world around them is somehow unreal. It is common to have uncertainties about who you are, or you may even have multiple personalities, each with its own distinct characteristics.

Other common symptoms include:

As for the different types of dissociative disorders, there are three main ones recognised here in the UK. These include:

Depersonalisation-derealisation disorder leaves you feeling as though as though you experience your thoughts, feelings, and emotions from outside yourself, essentially as if you are watching a movie. These out-of-body experiences are often accompanied by the loss of feeling in parts of your body, distorted views of your body, or even the inability to recognise yourself in the mirror. 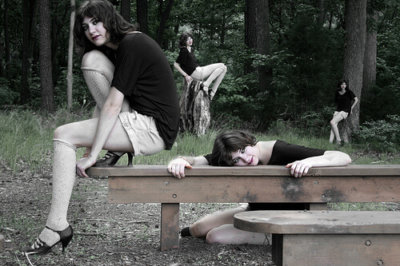 Dissociative amnesia involves periods in which you cannot remember details about who you are, including your name, where you are from, or essential details or events about your past. Sometimes, people with dissociative amnesia will come out of their dissociative state, only to find they don’t know where they are or how they got there. Or they might travel to a different location and adopt a completely new identity, only to come out of it after a few to realise that the last few days are a total blank. This is sometimes called a “dissociative fugue”.

Dissociative identity disorder (commonly known as multiple personality disorder) is seen as the most severe form of dissociation. In these cases, there is a severe shift in identity, from one distinct personality to the next. Personalities may or may not be aware of the presence of other personalities, and may exert control over you at different times or in different circumstances. This can result in states of amnesia, depersonalisation, and derealisation.

If you have symptoms that do not quite fit any of the above, it is possible also to be given a diagnosis of “dissociative disorder not otherwise specified (DDNOS)”.

How Common are Dissociative Disorders?

However, using data from studies from around the world, it is reasonable to predict that up to 3% of the general population have one of the dissociative disorders.

Naturally, rates of occurrence are higher amongst psychiatric patients, with as many as 7.5% of inpatients and 6% of outpatients having one of these disorders.

What is it Like to Have a Dissociative Disorder?

Unsurprisingly, having a dissociative disorder can be terrifying. Losing memory of who you are or what you have done, hearing voices, and feeling detached from the world around you can cause much anxiety, stress, worry, and fear.

Other associated symptoms, including gender and sexual confusion, not recognising loved ones, feeling as though other people exist within you, and behaving in a manner with which you are unfamiliar, only adds to the unsettling nature of living with this disorder. 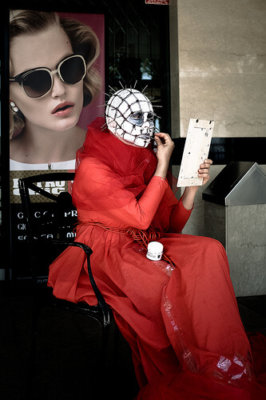 According to the NHS, the primary cause of dissociative disorders is abuse of a sexual, emotional or physical nature, particularly when the abuse occurs in childhood.

While not everyone that is abused as a child develops a dissociative disorder, there is a strong correlation between the two. In particular, children that are abused before the age of five, who do not have secure attachments to their caregivers, and who suffer severe and long-lasting abuse are most likely to develop a dissociative disorder.

Other traumas, such as wartime experiences, kidnapping, or violence have been known to cause dissociative disorders as well, although this is a far less common occurrence.

How are Dissociative Disorders Diagnosed?

In cases in which the clinician has a lot of experience working with clients that have a dissociative disorder, diagnosis can be made based on the clinician’s knowledge alone. Although most clinicians rely on assessment tools, such as questionnaires and asking you about your life history, that help them determine the presence or absence of the disorder.

Second, this unfamiliarity can lead to misdiagnoses. Misdiagnosis is made even more likely because many of the symptoms of the dissociative disorders, such as insomnia, hearing voices, and anxiety, are symptoms of other mental health issues as well.

The greatest difficulty in diagnosing dissociative disorders, especially dissociative identity disorder, is that there are differing criteria as to how to actually diagnose it. In the United States, diagnosis is governed by the ever-changing guidelines in the Diagnostic and Statistical Manual of the Mental Disorders, now in its fifth edition (DSM-V). In the U.K., clinicians rely instead on the International Statistical Classification of Diseases and Related Health Problems (ICD-10).

According to the DSM-V, diagnosis of dissociative disorders is dependent upon the following criteria:

1. Two or more distinct personality states and a marked discontinuity in sense of self, including changes in affect, behaviour, consciousness, memory, perception, cognition, and/or sensorimotor functioning.

2. Amnesia, to include recurring gaps in recall of everyday events, personal information, and/or traumatic events.

3. The above symptoms cause clinically significant distress or impairment in social, occupational, and other important areas of functioning.

4. The above symptoms are not better explained by cultural or religious practice.

5. The above symptoms are not more appropriately attributable to the effects of substance abuse or another medical condition. 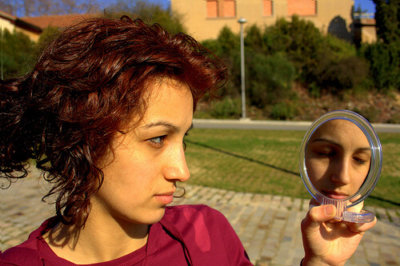 But these criteria have changed significantly over the years. For example, multiple personalities were originally listed as a symptom of hysterical neurosis, and weren’t made into a disorder until 1980. And it’s not so long ago that ‘multiple personality disorder’ was renamed ‘dissociative identity disorder’ to reflect the fact that the disorder was not the result of many personalities, but instead a result of having a lack of a single identity.

These changing criteria point to an important fact about mental health diagnosis – they are really just labels to help you understand yourself and help mental health practitioners speak a short hand. They are not sicknesses that are perfectly consistent that can be seen in a microscope. Instead, each individual has their own history and individual experience to be considered.

How are Dissociative Disorders Treated?

Some individuals with a dissociative disorder benefit from a form of therapy called eye movement desensitisation and reprocessing (EMDR). Essentially, EMDR requires you to move your eyes from side to side, following the movement of some kind of stimulus, while also verbalising the trauma you have experienced. While it is not fully understood how EMDR works, it appears that the patterned eye movements allow the part of the brain responsible for memory to “let go” of the traumatic memories such that they lose their overwhelming intensity.

There is a wide range of mental health conditions associated with the dissociative disorders. Most often, people with a dissociative disorder also have post-traumatic stress disorder (PTSD). Anxiety, panic attacks, and phobias commonly occur as well. Mood swings, including severe depression are often reported, as are suicidal tendencies and self-harm. Hallucinations, particularly in the form of hearing voices, frequently happen as well. Other conditions that might occur include headaches, sleep disorders, eating disorders, and obsessive-compulsive disorder.

Perhaps the most famous portrayal of a character with a dissociative disorder was Brad Pitt’s performance as Tyler Durden in Fight Club. The Tyler character was a dissociated identity of the main character, played by Edward Norton.

Would you like to talk to someone about dissociative disorder? Harley Therapy offers highly experienced counsellors and psychotherapists in three London locations. You can now book a first appointment online. Not in the UK? We now also offer online therapy worldwide.

Do you have a question about dissociative disorder we missed that you’d like answered? Do so below.