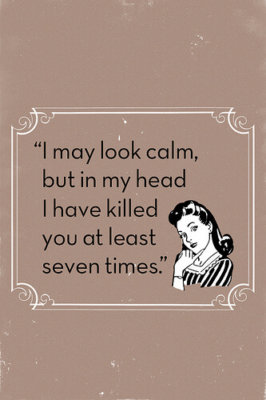 Passive aggressive behaviour involves using indirect and negative means to express your needs or your feelings because you lack confidence to be up front.

Passive aggressive behaviour does not instantly make you a ‘bad’ person. In fact this sort of behaviour often results from an attempt to be a ‘good’ person, as it’s all about avoiding direct conflict.

More often than not passive aggressive behaviour just means you never learned it was safe to have imperfect emotions and you didn’t develop the confidence to communicate what you think and feel.

10 Ways You Are Being Passive Aggressive

When you might be doing some of the below behaviours unconsciously, try to be honest about the times you do these things to others intentionally, as the only way to change patterns is to first admit to them.

Instead of admitting to others that you don’t like a situation, or accepting the responsibility that you can take action to change the situation, you complain.

You tend to say yes to things you don’t really want to do, then convince yourself “it’s okay if you are ten of fifteen minutes after it starts” because it’s ridiculous you have to attend at all. Or is it ridiculous you didn’t say no to going in the first place?

3. You procrastinate on something you agreed to do.

Purposely choosing to only deliver something at the last minute because you are mad at the other person for asking you, or acting as if you have no time to do it until time is almost running out, is all passive aggressive behaviour.

4. You purposely don’t do the best you can do. 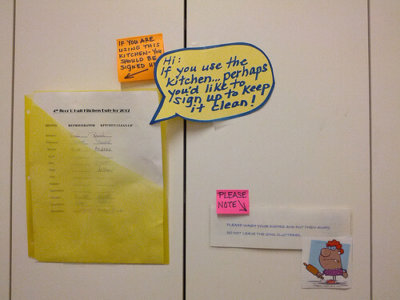 It’s the same as procrastinating in that both are a way to try and subtly ‘punish’ the other person who asked you to do something you didn’t want to do. Or maybe you do a bad job so they don’t ask you to do anything in the future.

You don’t want to go to a party because your friend went and invited your ex without asking you, so you send her a message in the morning that you ‘totally forgot’ about it. Or you conveniently ‘forget’ to read a colleague’s CV they want you to critique when you feel they have a lot of nerve given you are both going up for the same promotion.

6. Your compliments and comments come with a sting.

This means acting as if you are nice but really diminishing the other person. For example, if your friend finally saves up for a car but that means she can’t afford to go on vacation with you and you are annoyed, you might say, “great starter car, at least it will get you from A to B.” Or if your colleague does the presentation you were hoping you would be asked to do you might say, “I liked all the colours you used, bit flashy for an accounting firm though!”

Someone forgets your birthday. You say nothing then don’t invite them to your next party. A colleague drinks the cola you bought and left in the fridge. You pretend you don’t mind then take his last piece of chocolate.

8. You ignore texts, emails, or even conversations. 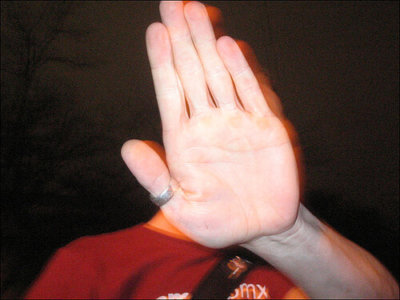 9. You do little things to make others suffer.

This can be hard to admit to, as you might be keeping such things so tiny that you can convince yourself you are not being ‘mean’ or intending much with it at all. It can be things like purposely not reminding a colleague about a conference call, eating a cake in front of someone who is on a detox, or seeing the friend you’re annoyed with didn’t turn the shower tap off properly and leaving it to run all day and jack up their bill.

10. You make others feel guilty.

If your friend gets given a ticket to see a sold out show of her favourite band but that means she cancels a dinner date with you and you are annoyed, you say, “I’m glad for you, don’t worry about me I’m used to being all alone on a Friday”. If your partner doesn’t take you to the gallery he promised as he forgets, instead of pointing it out you tell him that “Honestly it’s fine, I need to expect less of life.”

Not sure still if you are or aren’t passive aggressive? Look to the reasons you give for any behaviour like the above. Does it sound like the following?

All of the above are things that a passive aggressive person might defend their behaviours with. Unfortunately, having a conflict of opinions is part of healthy adult communication, as are setting boundaries and negotiating to have your needs met.

Passive aggressive tendencies tend to eventually upset people more than a direct confrontation, because they are perceived as dishonest and exhausting.

Why am I passive aggressive?

Passive aggressive behaviour often stems for your childhood. It could be learned behaviour (you watched your parents use passive aggression to gain power and learned this is the way to act).

But more often it is that you grew up in an environment where you did not feel safe to express all of your emotions. You were expected to be a ‘good’ child or you were not offered love and acceptance. Perhaps you had a sick parent, an addict or with mental health issues, and you were scared to upset them. Or your parent had you in a codependent relationship with them, where you felt responsible for their happiness. In other words, you learned to hide things like anger, frustration, and upset.

What can I do to change my passive aggressive behaviour?

Self educating is helpful, so reading articles like one, as well as self help books, is a good start.

But if your passive aggressive behaviour is constantly sabotaging your life, relationships, and happiness, it’s a good idea to seek support. A counsellor or psychotherapist can help you find the childhood root of your issue, and guide you to try new behaviours that make life easier for you.

Psychodynamic therapy which helps you see how your past affects your present day actions can be helpful. Cognitive behavioural therapy (CBT) is also recommended for passive aggressive behaviour as it helps you recognise how your thoughts, which aren’t even always true, are dictating your actions.

Do you have an example of passive aggressive behaviour we’ve forgotten? Share below.