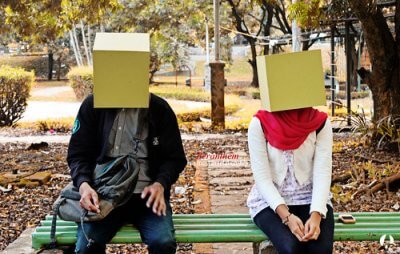 Playing out the same relationship conflict again and again? It’s as if we think the more we fight about something, the more our chances of finding answers. Instead, we end up exhausted, and cut off from the very person we want to feel close to.

[If you’ve found this article but aren’t repeating the same argument, just fighting too much in general? You might want to read our helpful guide to productive arguments].

So what do we do when we have a conflict on repeat in our relationship?

It’s actually more a case of what NOT to do. Here are seven things to drop now from relationship conflict, to create room for real communication and ways forward.

Once relationship conflict starts it can be like floodgates have opened. We talk over each other, interrupt, and spar to get our arguments in.

What’s the hurry? Slow down and do that one magical thing we all tend to forget about when we enter the conflict zone — listen.

And really listen, not just with half of your brain as the other half manically plots what you are going to say next. Try repeating what they are saying in your head, and putting all your focus on your partner. You’ll be amazed at how much they might open up to you, given the gift of your undivided attention.

When they have said what they need to say, instead of jumping in right away, consider trying a beat of silence. It gives everyone a chance to collect themselves and breathe.

And sometimes a moment of quiet while looking into each other eyes can communicate more than a wall of words ever could. 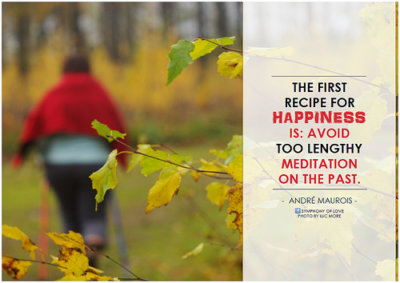 We’ve all done it. Caught up in a relationship conflict and sensing we are losing, we go for the kill by bringing in another similar ‘crime’ our partner has committed in the past. We are upset they didn’t congratulate us on a recent win at work, so we bring up a time a year ago they didn’t seem to care about a promotion.

If we do this every time we fight about something, it creates the snowball effect. What was really just a niggle becomes a massive issue spanning our entire relationship.

If there’s one thing we all have in common, it’s that none of us can change the past. So bringing up old disagreements during a fight simply makes your partner feel trapped and helpless.

Drop what’s been and gone and try focussing on the present issue causing your relationship conflict. It’s the only one you do have the power to change.

Or focus on the future of your relationship. A study at the University of Waterloo in Canada found that asking someone to imagine how they would feel about the relationship conflict in a year’s time helped them resolve issues faster. [1]

When we have spent a substantial amount of our lives with someone, we can assume we know them so well, we forget that they are another person with a mind of their own.

And one of the main things we assume is that we know the other person’s intentions. We assume they want to discuss money with us because they think we need to work harder, or that they want to fight about the kids because they don’t think we are being strict enough.

The truth is that most of us don’t have such clear intentions, and the intentions we do have tend to be about ourselves, not others.

And if you force intentions on someone, you force them into a corner. Stay open to positive outcomes instead. Perhaps your partner wants to talk about the kids because he doesn’t feel he’s doing enough, or he wants to discuss money because he secretly wants to downsize. A relationship can only work if it’s about mutual responsibility.

Blame, on the other hand, is about being right or wrong. Which means one person wins, and the other loses. Do you really want your partner to feel like a loser? Is that ever going to lead to greater trust and understanding between you? Or just to endless relationship conflict?

Life is a perspective. We all see things in different ways. If you are standing facing a statue, and someone else is standing behind a statue, is it really worth your effort to yell at them for hours for not seeing the nose that you see?

Researchers at the University of California carried out seven studies and found that fighting was not a negative between partners if they aimed to see each others’ perspective. They showed that feeling understood “may be a critical buffer against the potentially detrimental effects of relationship conflict.”[2]

Don’t bring other people into the conflict either, claiming they would agree with you. It’s a tool of the blame game, used to make your partner feel ganged up on. It isn’t fair on them, or to the third party you are speaking on behalf of.

Feelings are invaluable markers. If we consistently have a feeling around something, it shows us what we need to examine, and what is and isn’t working for us in life.

But feelings are not gospel, they can change rapidly, and they are not someone else’s responsibility.

What you feel passionately in the middle of a relationship conflict can be different an hour later. Believing feelings are ‘true’ in a heated moment can blind you to what the other person is experiencing. What is the real issue beneath your feelings? What needs to be fixed here, and how can you fix it, together?

The words ‘always’ and ‘never’ have no place in useful conversations. They serve as blocks, not giving others any room to negotiate or change. And they usually come after the word ‘you’, in other words, they frame blame.  ‘You always get so angry‘, ‘you never listen to me’.

If you hear yourself doing this, stop and rephrase to an ‘I’ statement that is exaggeration free. “I feel that you often get angry.’ ‘I feel that I’m not being listened to very much these days’.

‘Why’ is another word that just serves to make another person feel they are being accused and judged. Try questions that begin with ‘what’ and ‘how’ instead, they are more open-ended. “How could we make our budget last longer?” sounds a lot more useful than “Why do you spend our household budget too fast every single week?”. 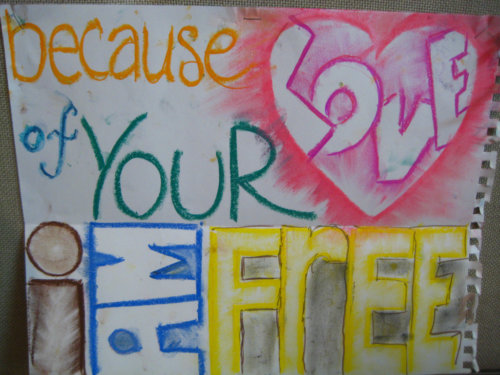 Forgiveness is an essential ingredient between two people who love each other.

But it’s not useful in conflict. Saying ‘fine, I forgive you’ in the middle of an argument is rarely how we really feel, and is often said in way to make the other person feel little.

It’s ‘false forgiveness’, and comes across as, “You are wrong and I am right, therefore from my position of superiority, I bequeath forgiveness on you.” Not great, is it?

While you are at it, drop the sidekick of false forgiveness, punishment. If you find yourself saying things that sound like something you’d say to a naughty child, you’ve gone into punishment mode. “I am not going to cook for you for the rest of the week”, or “If that’s the case you can go to the event by yourself”, are examples of punishing your partner. Most of the time when we go into punishing mode we are the ones who end up losing out, sabotaging something we actually enjoy in our effort to deny the other of something.

Conflict in relationships is an opportunity for growth. When you’re able to resolve relationship conflict, it builds trust and security.

Despite your best efforts, is your relationship unable to progress? Sometimes it’s time to add something after all — an outside perspective.

Couples counselling involves a qualified professional who creates a safe and objective environment to discuss your relationship conflicts. It can help with commitment issues, power imbalances, and intimacy issues, amongst other things.

Ready to stop the endless merry-go-round of relationship conflict and seek help? We connect you with highly regarded couples counsellors in London. Or use our booking site to source UK-wide registered therapists and online counselling now.

Has this article helped you? Thought of another tip on handling relationship conflict you’d like to share? We love hearing from you. Comment below and join the conversation.

Andrea Blundell is the editor and lead writer of this site. She left a successful career as a screenwriter to study counselling and coaching, and is a particularly interested in trauma recovery and the art of healthy relating.