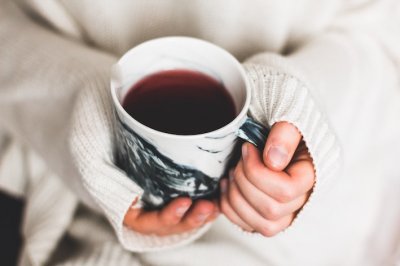 Parenting can be hard. We all have been there when our lovely offspring’s bedtime is our most desired part of the day. And that’s okay. And sometimes we wind down with a glass of wine, which can be okay, too. And has certainly spawned many funny ‘wine mom’ posts on social media (or ‘wine mums’ for those of us in the UK).

But what can become less okay is if all our joking about wine o’clock is hiding the fact that we have a growing problem.

Are drinking moms a growing problem?

The Covid-19 pandemic. has rather nicely illustrated that mothers can be more prone than other groups to turn to alcohol when stressed (and perhaps when stuck doing more homeschooling!).

In America,  a survey found that more women than men reported going beyond the recommended amounts of alcohol during the pandemic. Women with children under the age of five saw their drinking increase by a startling 323 per cent.

Does social media have a serious part to play in the rise of wine moms?While mums can find a positive support system in social media, certain groups are promoting the habit of wine o’clock. A non peer-reviewed if interesting paper on ‘mummy drinking sites’ suggests: 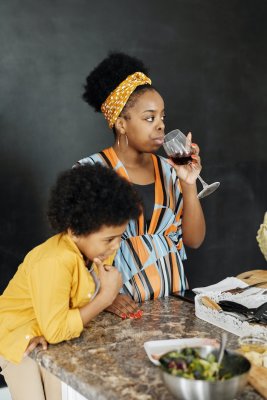 “While the social elements of the ‘mummy drinking culture’ may counter the stress, drudgery and worries often associated with parenting, this culture can normalise risky drinking and minimise alcohol-related risks, including foetal alcohol spectrum disorders.”

The four ways ‘wine mom’ culture can be dangerous

The paper goes on to point out four problematic areas.

And yes, that marketing should be seen as serious. The Institute for Alcohol Studies lists ‘advertising targeting women’ as one of the main reasons the UK has seen a rise in women drinking too much alcohol.

Blogs and their connected Instagram accounts are where a lot of mums turn to in the hours of solitude when they are seeking to feel understood.

And not all mom bloggers are pretending to be perfect. “Slummy mummys’ gain followers by exposing their imperfection in ways that other women can understand. But it gives mixed signals about motherhood. That readers can then use to interpret their own motherhood responsibilities, for better or for worse. A paper on Mummy blogs points out- 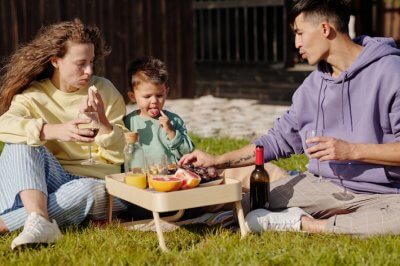 Actually, wine moms, it does.

And the children reported negative experiences. They linked their parents alcohol use to being put to bed too early or too late, being given less attention than usual, their parents being more argumentative, and also that they were at the receiving end of their parents unpredictability.

Aren’t sure if you are or aren’t a wine m0m with a drinking problem?

The NHS suggests that the following are signs of alcohol misuse:

What can you do instead of wine?

Tired and overwhelmed mothers still need something to relax, to unwind and help to cope with everyday challenges. What else can help?

It doesn’t have to be something complicated, a short Youtube workout or a few minutes boogie around the house will do. If you find it difficult to start or get motivated, an exercise app with reminders could be a good idea.

A mini home spa session can be very relaxing too. And sometimes just a simple  uninterrupted shower or bath does the trick, given it is not something a mother can often indulge in with the kids awake or around!

Any kind of creative activity counts, from scribbling to knitting to the trend of adult colouring books. The outcome is not so important, it’s more about getting absorbed in the process to the point the stressful day you’ve had falls away.

If you choose a visual art, you might be supercharging your ability to relax. A 2014 study found that visual art as an intervention for stress could normalise heart rate, blood pressure, and cortisol levels, as well as even out thinking patterns.

4. Become a music mom instead of a wine mom.

Music has a proven positive effect on brain function, whether it’s listening to your favourite tracks or even belting out some tunes as you take that shower.

Do I need professional support?

You might have a dependency on alcohol. If this is the case, it can be important to seek support. Some people find 12-step groups useful. Others find private counselling can help them get to the bottom of the stress that has led them to alcoholism in the first place.

Time to get a handle on your stress, your parenting, and your life? We connect you with a team of some of London’s most highly regarded talk therapists. Or use our booking platform to find UK-wide registered therapists and online counsellors now.

Liz Szalai is a freelance writer with a Master’s Degree in psychology. She has a  passion for destigmatising mental health. See more about her at @lizszalaiwriter.