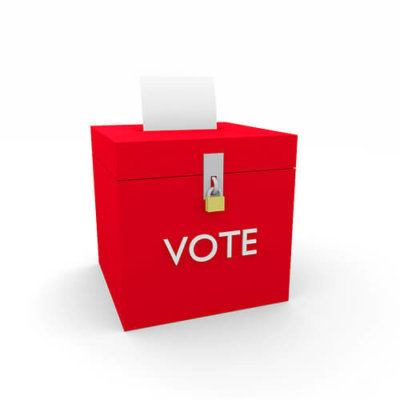 Worry more than you used to about the state of the world, and unable to stop reading political updates? All while feeling more tense than usual, snapping at colleagues and friends, and sleeping less?

From big changes on the world political stage, to a referendum and the mess of Brexit, and now, an election suddenly pending, anxiety and politics are being increasingly connected.

Could you have ‘election anxiety’? And what to do if so?

Is election anxiety really a ‘thing’?

Statistics seem to show that it is certainly becoming one.

A yearly poll on stress by The American Psychological Association (APA) has seen its first rise in anxiety rates in a decade. They also added questions about politics to the survey for the first time, triggered by consistent feedback from psychologists that clients were bringing in politics as a major cause of anxiety (both before and after the American election).

This is paralleled by statistics now put out by the Office of Statistics in the UK. After several years of dropping rates, England has seen a new rise in anxiety from 2014, coinciding and quite possibly connected with the rise of political uncertainty.

And British children are at risk. The National Society for Prevention of Cruelty to Children (NSPCC) reported a startling 35% rise in children needing treatment for anxiety in 2016, with new complaints being worries about the American election, the Syrian war, and Brexit.

Key things to know about anxiety

So how do you know if you are a bit stressed by the impending election, or truly suffering anxiety?

Stress has obvious, sensible triggers (too much work, an unresolved fight with your partner).

Anxiety is less logical. A free-floating and growing sense of worry, you might notice yourself having unbalanced emotional responses, such as a tendency to blow things out of proportion or cry over small things. And you’ll experience inexplicable nervousness and even fear.

Fear is actually the main feeling behind anxiety. Fear is generated when we feel helpless, like things are unknown or way beyond our control.

So if you just worry about the state of the world lately, you might have political stress.

But if you read an article about the elections and feel a strange sense of doom and danger that is bigger than the facts you just read, you might suffer anxiety.

[Read our article Stress vs Anxiety to learn more.]

Why would we be more anxious over politics now than before? 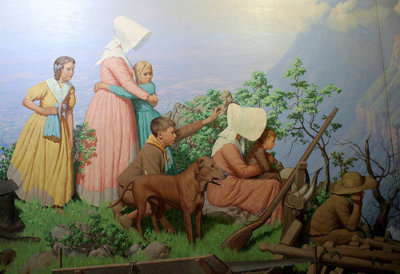 Sure it’s because the world is now in a more unbelievable place than ever before? It’s probably the same kind of thinking people had before World War I, or after hearing of the horrors of Hiroshima.

What has changed is the way we now access and consume news. News is on offer not just twice a day on TV, but 24 seven on a phone in our pocket. And not only is it more news, it’s more viewpoints – meaning we have to process more angles, and faster.

It’s essentially an addictive format. It’s ease of use means that if we seek a distraction from something – a boring job, an emotion we want to repress or negative thought we don’t like – we can open a browser and read the news. Convinced we are just keeping on top of events, we don’t notice that we are connecting our life anxiety to the news.

The APA report also showed that close to 40% of American adults found political discussions via social media caused stress. And those who used social media were 10% more likely to find the election stressful than those who didn’t.

Why am I the sort to have ‘election anxiety’?

Bad news globally can lead us all to worry and feel anxious. But ongoing anxiety doesn’t come out of nowhere. It does, however, grab onto random things to feed its growth – some people, for example, even become anxious about having anxiety. Already prone to anxiety, or having experienced it at another point in life, the impending election would become a new focus or trigger.

If you are sure you’ve never had anxiety before, consider carefully your life events before the election. Was there a substantial life change that left you feeling fractured? It could be you’ve displaced your anxiety onto the election without realising it. It could even be an event from as far back as childhood that has been triggered.

Why would you be the sort to experience any anxiety at all? Like most psychological issues, there is rarely a single cause. Instead it tends to be a mix of genetics, environments, and experience. You might have a naturally anxious personality. If you were then raised in a home where the adults around you modelled anxiety as a coping mechanism, you’d be more anxious than otherwise. And if a trauma in childhood or early adulthood left you with negative core beliefs around issues of safety (the world is a dangerous place, I can’t trust anyone) then anxiety can become a habit.

What can you do if you suffer election anxiety? Read our piece on “How to Handle Anxiety From National Events” for useful tips and tools you can start using immediately.

When is anxiety over politics a real worry?

Listen to your body when it comes to anxiety. Quite physical in its symptoms, anxiety can leave you constantly sweaty, with a palpitating heart, and suffering headaches and muscle tension. If it’s bad enough, panic attacks can start, which can be so overwhelming many mistake them for heart attacks.

It’s of course better not to let things get to such a point, and to get help for anxiety before it leads to full-blown anxiety disorder.

If your anxiety over politics and elections is affecting your day-to-day living, meaning you want to socialise less, don’t have the energy or focus to get work done, or are upsetting your family and loved ones? Then it’s time to seek some support.

Harley Therapy can connect you with highly qualified counsellors and counselling psychologists who can help you with election anxiety. Choose from one of four central London locations, or base yourself anywhere with online counselling.

Still have a question about election anxiety? Or want to share an experience with our readers? Use the comment box below.