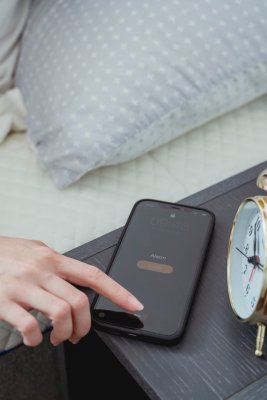 photo by Miriam Alonso for Pexels

Rising early has become yet another productivity trend. But is it worth it?

The concept of getting up at the crack of dawn has been popularised by books like The 5am Club. As the name suggests, it encourages people to get up at 5am to improve everything from their mental health to their concentration, focus, and energy levels.

Celebrities have been quick to jump on the bandwagon. Stars like Oprah, Michelle Obama, and Mark Wahlberg are all said to wake up very early.

Some say it gives them an opportunity to work out, allows them to focus on their own projects before work, or to take time for personal development pursuits.

Rising Early And Your Health

But is there any truth to the claims that rising early can be beneficial for your mind and body?

1. It can improve productivity.

According to a 2008 study, early risers are much less likely to procrastinate, which in turn makes them more productive. The researchers also found it helps with indecision, and may empower people to make better decisions.

2. It may promote a more positive outlook.

It’s possible that rising early could help you develop a sunny disposition. A study published in 2014 found that people who went to bed later were more likely to have repetitive negative thinking patterns.

3. It might mean your mental health is less at risk.

A large-scale analysis published in Nature Communications suggests that people who are genetically programmed to rise early are at a lower risk of depression and schizophrenia. They may also have improved wellbeing. But again, this is only if you are naturally inclined to be an early riser.

4. You could become sleep-deprived. 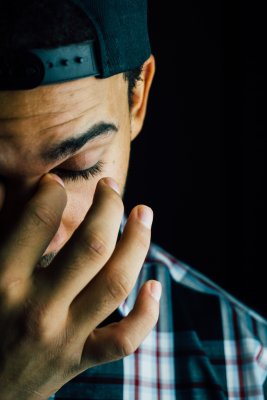 photo by Pixabay for Pexels

Research suggests early risers tend to have better sleep quality. But what if you are going to bed late and getting up early?

Few of us function well when we’re tired, and most of us needs the recommended seven to nine hours of sleep a night. So if you can’t seem to sleep early, attempting to be a morning person could have an adverse effect.

5. You may affect the times you feel alert.

Getting up later may actually help you stay alert for longer. Researchers in Belgium studied how the length of time we have been awake and the time we wake at affects our ability to concentrate. They studied sixteen morning people and sixteen night owls. They found that 10.5 hours after waking, the ‘night owl’ group were significantly more alert.

How To Become an Early Morning Riser

If you are planning to get up earlier in the mornings, these tips may help.

If you’re used to waking at 9am and you suddenly decide that from now on you’ll be getting up at 5am, your body and mind could be in for a bit of a shock. It’s perhaps better to do this gradually. For example, instead of waking at 9am, you could aim to get up at 8.30. After trying that for a week, you could try rising at 8am, with a view to making your rising time earlier as the weeks go on.

2. Wait for the lighter months.

If it’s cold and dark outside, it’s understandably going to be much more difficult to pull yourself away from the covers. As humans, we have a circadian rhythm that prompts us to sleep when it’s dark.

If you’re finding getting up while it’s still dark outside incredibly hard, you might like to delay rising early until the springtime, when the mornings get lighter. 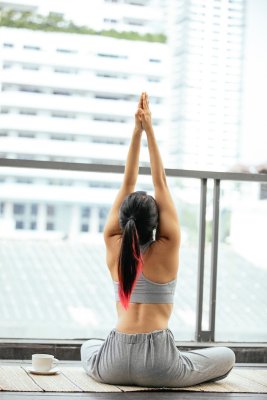 photo by Miriam Alonso for Pexels

Getting up at a reasonable hour after a night of poor sleep can be exceptionally hard. Attempting to rise extra early when you’ve barely slept a wink is even more difficult. Focusing on good sleep habits can help.

These can include having a wind-down routine before bed, such as stopping screen time a few hours before, taking a hot bath, dimming the lights, or reading a book. You might also like to try relaxation techniques like breathing exercises or meditation before bed.

4. Incorporate positive habits into your routine.

The point of getting up earlier in the morning is to make time for activities that make you feel good. And establishing an enjoyable ritual in the mornings that you look forward to may help you stick with your new early rising time.

Consider this your opportunity to do those things you struggle to squeeze in day-to-day. You might like to get some physical exercise, spend time making a nutritious breakfast, or commit to keeping a regular gratitude journal.

Not everyone is cut out to wake at the crack of dawn. Some of our sleep habits are genetic. You may well be hard-wired to get up later in the day.

If you’ve tried rising early for a few weeks, and your mind and body feel worse, it’s okay to play to your body’s natural sleep rhythm.

Find that you never move forward in life no matter what productivity tool you try? Therapy helps. We connect you to a highly regarded team of London-based talk therapists. Or use our sister site to find UK-wide registered therapists ranked by customer feedback.

Victoria Stokes is a Belfast-based deputy editor turned lifestyle writer. Keep up with her on Instagram.