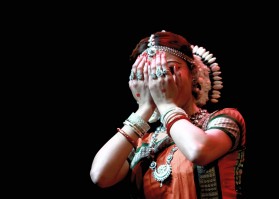 It’s estimated that up to fifty per cent of adults identify themselves as ‘shy’. But when does shyness move from a manageable personality trait to a serious mental health issue?

Many people are shy and under confident some of the time and in some situations, but not in all facets of their lives. They would like to feel more at ease and would welcome having more people in their lives, but have a hard time making those things happen.

People in this category see shyness as a problem, but can be determined to overcome their shyness.

According to Dr. Bernardo Carducci, who has studied shyness for several decades, 91% of shy people say they’ve consciously tried to get over their shyness, while 67% say they seek out social situations such as parties and clubs despite their discomfort.

Some shy people compensate by excelling at work or choosing a career gives them a specific role to play. Many performers and world leaders fall into this category, including Abraham Lincoln, Elton John, and Johnny Depp. Richard Branson, who was so shy as a child he hid behind his mother when being introduced to adults, has explained, “I had to train myself into becoming more of an extrovert.”

Do people with a regular case of shyness need mental health support?

In general, counselling can help most of us. But it absolutely depends on the person. If someone is comfortable being shy and their life is moving forward in a way they like, then shyness is not necessarily a problem. But if shyness is having a direct negative affect on your life, then counselling could could certainly help.

(Not sure if you do or don’t need counselling? Read our informative article, When Is the Right Time to Seek Counselling?)

What sorts of issues and symptoms might shyness cause?

Shyness can cause problems that reach far beyond social discomfort. The following are additional problems that can be connected to shyness:

Extremely shy people are at risk of falling into drug misuse or alcohol dependency as a social lubricant, or as a relief from loneliness and isolation.

Shy people are also at risk for being used by others, and can find themselves embroiled in bad relationships that offer little in the way of affection or support. This is because shy people often let others choose them, rather than risk rejection by trying to connect with the people they truly want in their lives. And once involved, they might not have the self-esteem to step away even if they know they should.

Things like career progression can suffer as shyness inhibits people from showing initiative and reaching your goals. They might withhold good opinions and ideas, or let others take credit for them. This can all lead to money troubles, frustration and anger issues, and cycles of low moods.

These can result from struggling with the above difficult relationships and thwarted life progress. Low self-esteem is one of the most reported signs of depression, and it’s hard to feel good about yourself if you don’t feel taken care of or appreciated.

When shyness becomes debilitating, stopping you from any sort of life you want, it can indeed move toward a mental health disorder. Known as “social anxiety disorder” or “social phobia”, it leaves sufferers in a constant state of anxiety and possibly experiencing panic attacks.

Social anxiety means interactions of any type, even buying something at a store or calling a plumber to repair a leaking pipe, create severe anxiety. A sufferer might avoid or put off even such limited contact with others, which of course means their lifestyle can suffer. When an event that can’t be avoided looms the days and weeks before it are filled with dread, worry and physical symptoms such as stomach cramps, nausea, headaches, or insomnia. 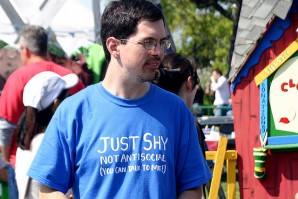 Social anxiety is surprisingly common, according to the NHS here in the UK. Even so, i’s also seen as underreported, meaning many more might suffer than seek help. Numbers might even be growing, as our modern lifestyle creates more social pressure via things like social media (read our article about the negative affects of Facebook).

Do those who suffer social anxiety disorder need mental health support? Yes, it’s highly recommended. Symptoms can be brushed off by sufferers as less important than other mental health problems or less serious, but they aren’t. They are distressing and can very much affect your enjoyment of life and also cause problems for your family and loved ones.

Social anxiety is unlikely to get better on its own. The good news is that social anxiety disorder can be effectively treated.

Note, thought, that extreme shyness is not always a sign that someone suffers social anxiety disorder. Extreme shyness can also be a symptom of other issues such as learning disabilities that cause the person to feel embarrassed and inadequate, or mental issues such as Asperger syndrome or autism.

Are some of us just born dangerously shy?

There is growing evidence that some people are born with a predisposition towards extreme shyness and perhaps more likely to develop social disorder. These people have an inner alarm system that seems stuck in high gear, leaving them wary of anything unfamiliar and fearful enough to develop a pattern of avoidance.

When studying groups of 4-year-olds developmental psychologist Koraly Pérez-Edgar found that certain children avoided interaction, even when other children were friendly to them and invited them to play. Their reluctance was not a response to being ignored or challenged. What they feared was inclusion itself.

Pérez-Edgar tracked these children through adolescence and found that many did indeed develop into habitually shy teens. These children were at risk for developing long-terms problems when it comes to dealing with others.

There are other factors besides genetics that might mean someone ends up being shy enough they might even find themselves with social anxiety disorder. They are as follows:

A parent or guardian who is overly critical, cold or rejecting, or preoccupied with the opinion of others can have a damaging affect. A child can be left overly self-conscious and afraid that every word they utter or action they take will be judged and found wanting.

Recently, psychologists have become equally concerned with over-protective parenting. A parent who prevents a child from experiencing failure or rejection robs the child of the chance to develop resilience and exaggerates the importance of these ordinary setbacks.

Growing up is filled with vulnerable moments that can make previously confident children shy. Entering day care or beginning school, for example, takes a child away from familiar surroundings and playmates and immerses him or her in an unfamiliar environment filled with adults and peers who are strangers. Adolescence presents all new problems, introducing sexual and social competition against the fever-pitch backdrop of hormonal flux.

The risk during these normal developmental stages is that if a child is labeled shy by parents and teachers, the label may become a cocoon the child never quite escapes. Parents can help by encouraging their child to join social groups that play to his or her strengths, such as an artistic child being taken to group art lessons.

Any life event that shakes a person’s sense of self can trigger a bout of shyness. Divorce, loss of a job, financial difficulties, and illness can all leave someone questioning his or her value and appeal. This uncertainty can lead to tension, anxiety, and, ultimately, avoidance of social contact. This is why it’s important to not try to deal with trauma alone but to seek help.

Getting help for chronic shyness and social disorder

Again, shyness doesn’t have to be crippling or disabling to be an issue worth addressing. If you shyness is affecting your life in a way that causes you anxiety or worry, or simply stops you reaching your goals, it’s worth seeking support.

Although antidepressants and anti-anxiety medications have been traditionally prescribed for people with social phobia disorder, new studies show that cognitive behavioural therapy (CBT), is more effective for all types of shyness than drugs.

A collaborative study between Johns Hopkins Bloomberg School of Public Health, Oxford University and University College in London studied 13,164 people with long-standing social anxiety. In a series of 100 trials, approximately one-third of the group received medication, another third received placebo pills, and the remaining third received CBT. The results showed that CBT was more effective than medication. So convincing was the data that the U.K.’s treatment guidelines were changed as a result, recommending CBT as the first line of treatment and medication as a secondary alternative.

CBT is an especially good fit for shyness because it focuses on the relationship between thoughts, beliefs, and behaviours, and shyness is a behaviour that’s often rooted in misperceptions and negative thoughts.

For example, many shy people seek out social situations like attending parties and joining clubs to overcome their shyness. But their efforts fail as once they arrive at the social event they make no further effort to connect with others but leave it up to others to make the first move. They then interpret others’ their failure to do so as a deliberate rejection. These people believed that others had studied them and found them wanting, when it was more likely that the others hadn’t noticed them yet, or might be hesitant themselves.

Fearful of being rejected or seeming needy, shy people often are so reserved they strike others as aloof, a misperception that CBT can help correct.

A final good reason to try CBT for shyness is that it can achieve results in a relatively short period of time, and, unlike medication, the results last long after therapy concludes.

Have you tried counselling for your shyness? Or have another question about shyness you’d like to ask? Comment below.

14 Responses to “Shyness in Adults – Is It a Mental Health Issue?”