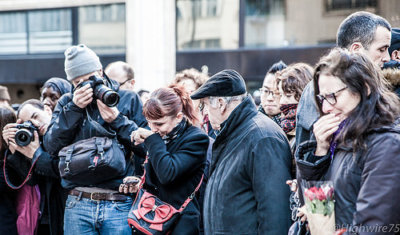 One can only imagine the profound psychological effects the tragic events in Paris must have had on the survivors and the families of those involved.

But what about the rest of us? Those who were in an unaffected part of the city at the time, or who live in a neighbouring country and are merely reading the news daily? Can we, too, suffer the psychological effects of terrorism?

News of terrorism – is it causing you anxiety?

It’s true that it can feel selfish and insensitive to admit to any psychological suffering from terrorism while you are alive and well and others in the world weren’t so lucky.

At the same time the psychological effects of terrorism on society at large are real and important, and the subject of ongoing research.

Terrorism leads to a rise of a type of negative thinking or ‘cognitive distortion‘ known as ‘catastrophising’. Catastrophising is when we not only think obsessively about the event, but magnify it into something bigger and more ominous, as well as predict many future negative outcomes that leave us feeling helpless.

Researchers at Harvard medical school linked negative thinking about terrorism so strongly to mental health issues including anxiety, depression, and low self-esteem that they felt the need to create the “Terrorism Catastrophising Scale (TCM)”. 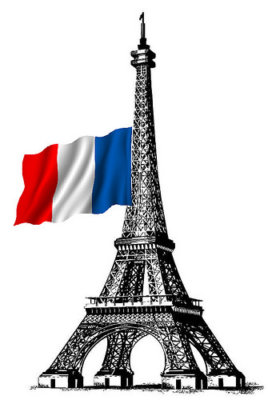 And for those who were in the vicinity of a terrorist attack, such as being in the city at the time, research proves that there are real psychological impacts. For example, a study in America post the September 11 attacks found that close to to 10% of New Yorkers surveyed were still reporting major depression nine weeks later.

As for the argument that we don’t have a right to feel so upset when in other countries people die from terrorism daily, psychologically, it doesn’t work this way.

According to the 2014 Global Terrorism Index put out by the Institute for Economics and Peace, “a terrorist incident killing one person is likely to have a greater psychological impact in a country with zero terrorist incidents than in a country like Iraq where terrorism is a regular, if not daily occurrence.”

Psychological issues that can be triggered by news of terrorism

It’s normal to feel some anxiety after news of a terrorist attack. Terrorism claims the lives of everyday citizens we can all identify with, so we worry about the future safety or our own families and countries. And if it’s in our own city that the attack takes place, the anxiety might last for a few weeks.

But if your worry and stress do not alleviate and your life does not get back to normal despite the world around you returning to a more typical pace, consider if you might be suffering from one of the following issues:

Loneliness can be a real issue for many after such an event. Trauma can cause us to question our connection to others, with such upsetting thoughts as, “Who are my real friends? Who understands how I now feel about the world? Who would really be there for me in an attack?” If your loneliness feels overwhelming, seek support or call a hotline such as the Samaritans.

Why am I experiencing psychological effects while my friends aren’t?

While it is possible for difficult world events to cause anyone to feel depressed or anxious, it is true that those already predisposed to mental health issues are more likely to be affected.

For example, if you have been suffering mild depression on and off for a year, reading about terrorism might trigger you into a deeper depression. Or if you already suffer from panic attacks in the night, occasional attacks might suddenly become a nightly occurrence.

An American study carried out in the wake of the 9-11 attacks also found that if you know someone who was directly affected by the attacks or its aftermath, you are twice as likely to experience generalised anxiety disorder (GAD).

I just feel terribly, terribly guilty – should I be worried about my psychological health? 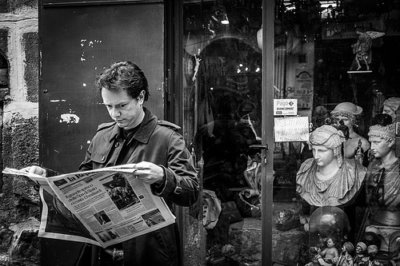 It’s actually a normal feeling to experience when reading about a traumatic event. For example, if you were supposed to be in the area of the attack but changed your plans, it’s possible to feel not just relief but also guilt a mother of two children died and not you, a single person.

Guilt can just be a sign that you feel enough compassion to be connected to other humans to the extent you don’t understand why bad things would happen to them and not you.

But if your guilt does not lift after several weeks, then it could be that you are using the tragedy that occurred to further lower an already poor sense of self worth, or that you have severe guilt about something else in your life that you are transferring onto the global tragedy. It might be a good idea to speak to a professional about your thoughts and emotions.

When should I seek help for my anxiety and mood swings triggered by world events?

Turning to friends and loved ones whom we can trust to understand us is always a good in times of difficulty. But how do you know if it might be time to seek counselling?

The questions to ask yourself are :

If you have answered yes to one or more of these questions, it is advisable to seek support. Talk to your GP, or seek the help of a professional counsellor or psychotherapist.

Harley Therapy offers highly trained and experienced counsellors and psychotherapists in three London locations that can be booked online. Overseas and need help? We also now offer Skype counselling wherever you are.