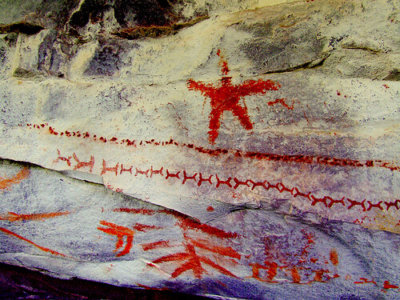 From cave paintings to modern day ’emoticons’, symbols have existed for thousands of years, and are a central part of our daily lives.

We often use them in speech to create understanding with people who share our culture or experience. “My heart was like lead” gives a clear indication of sadness and regret. Other symbols speak for themselves, such as a Star of David or a cross.

Symbology is the study of symbols and their meaning and hidden codes. It is studied in fields as diverse as art, mathematics, sociology…. and, of course, psychology.

From the earliest days of psychology Freud used symbols to try to understand mental disorders.

Described as ‘the father of psychoanalysis”, Freud described the mind as being like an iceberg where we were only aware of a portion of its working – the conscious mind. Beneath the consciousness lurked the preconscious and the unconscious the workings of which we are only partly aware (preconscious) or totally unaware (subconscious). 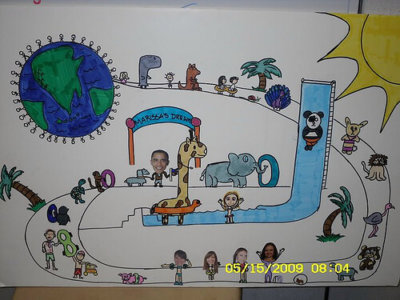 Freud’s most commonly known use of symbology might be his methods of dream analysis. He called dreams “the royal road to the subconscious”, and felt that the biggest function of dreams was to show us our underlying wishes.

While there is what Freud called ‘manifest content’, which really is just the mind rehashing the events of the day, the strange symbolic parts of dreams are the ‘latent content’, our minds trying to show us our forbidden wishes. For example, a dream of watching a giraffe eat the leaves of the highest trees might be about wanting to be a bigger, more ambitious person.

Despite people connecting dream dictionaries to Freud, he actually hated them and was very cautious about using universal symbols, such as saying water always represents emotions. He believed it’s best to know someone before analysing their dreams as symbology tends to be personal.

Psychoanalytical psychotherapy is the form of modern therapy whose roots are in Freudian theory. 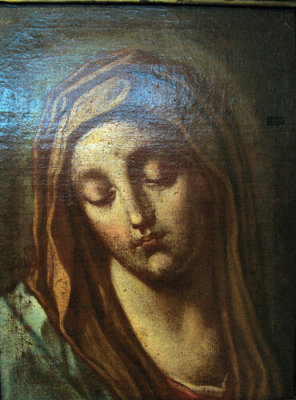 Carl Jung, a Swiss psychotherapist who knew Freud (read more in our article, Freud vs Jung), developed the use of symbology in a different direction. He did not agree about the structure of the unconscious but he did agree in psychic symbols.

Jung devised the concept of archetypes, images and concepts with universal meaning that come from the shared past of humanity. They would be found in our ‘collective unconscious’, a part of the unconscious Jung believed is actually shared with ancestors and has memories and images in it from collective evolution.

Archetypes can be events, such as birth and marriage, motifs, like a flood, or the apocalypse.

But most well known are archetypal figures, such as ‘the Mother’, ‘the Old Man’, and ‘the Trickster’.

For Jung, these archetypes, as they are unconscious, tend to arise in things like art, religion, old stories and myths, and, of course, our dreams. He himself had dreams where he conversed with an old woman, who he felt gave him much wisdom.

Unlike Freud, Jung did not see symbols in dreams as signs of repressed desires, but as more spiritual and personal messages.

Interestingly, Jung felt it important to emphasise the difference between a symbol and a sign, with symbols being much more important. Whereas a sign just points to something (a green light is a sign we can go, for example) a symbol has far more resonance. We are familiar with the symbol, but it has layers of other meaning for us to explore that is at first hidden. For example, a heart is an internal organ we all know. But it can also be about love, connection, and even life force.

Psychoanalytical psychotherapy, with its roots in Freudian theory, is still alive and well today, as is Jungian psychotherapy.

But there are other new models of psychotherapy now that also use symbols.

One of these is something called “clean language”. Unlike psychoanalysis, the therapist takes on a facilitator role and accepts the client as expert. The questions are minimal and helps a client discover and develop symbols and metaphors without being influenced by the facilitator’s choice of words.

Clean Language was developed by David Grove in the 1980s as a result of his work on trying to help clients deal with traumatic memories. He realised that many clients naturally described their symptoms in symbols. It works like this:

CLIENT: “I have a cold feeling in my stomach”

They naturally explored their symbols and by manipulating the symbols or their understanding of it, the client could change their relationship with it. This use of symbolism in this therapy is relatively quick (sometimes only one session) and easier to access in terms of cost and time.

A more recent take on the psychoanalysis therapy model is sandplay therapy. A sandplay therapy room is more elaborate than a couch or chair, involving sand, water and miniature characters and objects which can be used together by the client to work out symbols from their unconscious and deal with past trauma or pain. It is often used with children, such as by a child psychiatrist.

The power of the technique lies in the fact that the client can actively engage with symbols rather than just talk about them.

Art therapy, too, carries the same power because it moves beyond words into the domain of colour, shape and three dimensions.

How can you use symbols for yourself?

It can be interesting to take time to notice what symbols are part of your life and affect you, or perhaps you are just drawn to.

Take notice of the metaphors you use in your speech without thinking. Are you always saying “I’m as tired as a baby”, or “He is like a wet blanket?” Why do you use the comparisons you do? Are you feeling behind your peers lately (baby), or smothered by your partner (blanket)? Try doing some journalling and see what comes up.

Do you have a question or comment about the use of symbols in psychology? Comment below, we love hearing from you.

7 Responses to “The Use of Symbols in Psychology”