We live in a time when transgender issues are now making the mainstream news. But somehow myths about transgender mental illness still persist.

Transgender mental illness is NOT a thing

Mental health is a serious issue in the trans community, but being trans is NOT correlated to mental illness.

“Gender non-conformity is not in itself a mental disorder”. So (finally) confirms the latest edition of America’s Diagnostic and Statistical Manual of Mental Disorders, the DSM-5.

And no, the very fact that you are outside the traditional ideas of sex and gender does not mean your brain is also somehow wired to have mental health issues.

People do not suffer a higher risk of mental health issues because they are transgender. But because we as a society persist in creating an unhealthy environment for those living a transgender experience.

But I thought gender dysphoria was a mental illness

Gender dysphoria is a mental health condition over ‘illness’. And means that the difference between the sex you were born not aligning with the gender you know you are is causing you distress. As the American Psychiatric Association clarifies:

“The presence of gender variance is not the pathology. Dysphoria is from the distress caused by the body and mind not aligning and/or societal marginalisation of gender-variant people.”

It is true that being transgender was historically considered a mental health disorder. In America that didn’t change until 2013. This is when the DSM, America’s diagnostic manual referred to all mental health practitioners in the USA, finally changed the term of ‘gender identity disorder’ to ‘gender dysphoria’. This put the focus on identity-related distress over pathologising identity. 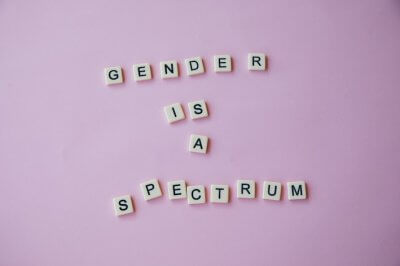 Of course the rest of the world doesn’t rely on the DSM, but the ICD. This is the World Health Organisation’s diagnostic manual. And it’s only in the latest version fully released in 2018, the ICD-11, that  we see real changes made.

A brief history of transgender mental illness vs medical condition

The history of transgenderism and mental health has had incredible peaks and valleys. Way back in 1918 there was Magnus Hirschfeld. A German physician, he was working to make it clear that those who had the desire to express a different gender to their defined sex had a medical condition, not a mental illness. And was already offering hormone therapy and sex change operations. Unfortunately much of his research was burned by the Nazis who also destroyed his institute.

Over in America, things were slower. But then American endocrinologist Henry Benjamin published his 1966 book The Transsexual Phenomenon. It created support for the idea that those who feel their sex to be discordant from their gender needed access to hormone therapy and surgery, not a ‘cure’ for mental illness.

But then came another valley when a decade later in  1979 a study that had clear flaws somehow still made an impact. It suggested that surgery didn’t help the psychosocial issues in transgender patients. It led to the closure of America’s first successful gender identity clinic which offered reassignment surgery. And by 1980 ‘gender identity disorder’ made its way into the DSM. While some researchers have desperately tried to prove that mental health issues are just a brain function, they can’t find that proof. Neither side of the ‘nature vs nurture’ is definitive. The conclusion at the current time is that mental issues come from several contributing factors, which can include both biology but also the environments and experiences we live through.

So a child who has a genetic propensity for depression might never experience depression if he has a stable childhood that leads to a strong sense of self as an adult. A difficult experience, on the other hand, would trigger it.

How does this relate to transgender mental health?

The point is that if you experience trauma or difficult experiences, your mental health is put at risk.

Yes, transgender issues are at least now something we can talk about in Western countries. But many transgender people still suffer from constant stress and trauma, such as:

And let’s not forget that the West is not the world. And in over ten countries being transgender is still seen as a crime.One that can be even be punishable by death in some situations. How’s that for stressful?

So mental health issues are understandably very high amongst the transgender community. A data study looking at information from over ten thousand transgender clients found that 58 per cent had at least one mental health condition, compared with only 13.7 per cent in the general population.

Major depressive disorder and anxiety disorder were found to be the most common issues. And there was also a very high rate of substance abuse disorder.

It’s important to note that if you do feel that being trans is connected to mental health issues, there is no shame in this. Again, it’s incredibly hard to thrive if can you are facing constant stress. What matters is to take your wellbeing seriously, and to seek support from someone who understands. This can mean reaching out to a mental health charity or support group, or seeking private counselling.

Struggling with issues related to the stress of being yourself in a world that can still be transphobic? We offer LGBTQ+ counselling in central London with expert, understanding, and friendly therapists.

Still have a question about the transgender mental illness myth? Or want to share your helpful experience or advice with others? Post in the comment box below. Note that all comments are vetted and we do not allow aggression or violence of any kind, nor can we offer free counselling via comments.

Andrea M. Blundell is an established mental health writer and the lead writer of this site. Deeply affected when a friend took his life post reassignment surgery, she took a class in gender theory at university which she feels should be essential learning for all.