Multitasking was once seen as a desirable talent. But lately it’s been rumoured as counterproductive.

Does multitasking really work? And if so, what are the best ways to put it into practise?

The meaning of multitasking

We assume it means we are doing many different things at the same time.

Which is true… if you are a computer. They can run many programs together.

But when we are human and attempting to do different things, it turns out we aren’t really doing them at the same time at all. Research found we are simply switching our attention back and forth, even if it is happening so quickly that we don’t realise it.

In a landmark study, research scientists found that when we attempt many different things at once our brain  is actually “goal shifting” (“I choose to do this now instead of that”). And it is also changing parameters, what the researchers called “rule activation” (“I’m turning off the rules for that and starting up the rules for this”).

These unconscious reset processes actually mean that the accuracy and speed with which we do things is reduced.  Psychologists call this ‘switch costs’.

Another study using functional resonance imaging (scans of the brain) during multitasking supports these conclusions. It found that switching from one task to another needs more neural processing than staying focused on one thing.

But I like multitasking and I’m good at it!

Then stick with that positive belief. If we actually like the idea of multitasking, and perceive ourselves as having a gift for it? Then it seems it can actually help us.

A recent study ran participants through a huge 32 tests. The researchers found again and again that even though people were switching attention over actual multitasking, if they believed they were multitasking? They focused better and gave improved performances.

An American research study on multitasking found that those who are easily distracted and high on impulsivity were more prone to multitasking. And that an inability to block out distractions pretty much drove people to multitask.

This is pretty much a description of attention deficit hyperactivity disorder symptoms. So it’s hardly surprising many adults with ADHD would see themselves as natural multitaskers. Although don’t assume this means you are good at multitasking and don’t need to troubleshoot your methods.

The same study also showed that those who perceived they were good at multitasking were more likely the ones who weren’t, but had an inflated idea of their own skill.

The new way of multitasking

The ‘new’ way of multitasking means less focus on trying to do everything simultaneously. It’s more about recognising what your time window is, then coming up with the most efficient way of getting a set of things done within that limited time frame.

If it’s too much, best to gather up your courage and say so. Managers want good work delivered, and sometimes they overestimate. It’s important to calmly and clearly explain why you don’t think it’s a possibility to get done what they are asking in the time frame available.

Instead of the old way of just jumping in, the new way is to have a plan. This means figuring out exactly how much time you have available, and then clearly defining the goals you are going to attempt in that time frame. This can also mean breaking down those goals into clear smaller steps (making a list of these steps also allows the satisfaction of then crossing each one off as you go). 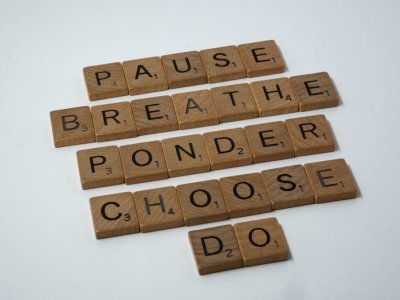 Order matters. Decide what job is the most important, and must absolutely be done well. This is the job you will approach first and foremost. The less brain power a task takes, and the less there is a pressing deadline, the more it goes down the list.

4. Use time in increments.

The newer way of multi taking is using time increments.

If things absolutely must be done ‘at the same time’, this can mean fifteen minutes focussing on one thing in a sort of merry go round of focus. For example, emails, calls, check kids are doing their home schooling, research. Emails, calls….

If you have a time window to get your multi tasking done, say, four hours to do five things, then you assign each task an approximate time window. Attack in order of priority, leaving an ‘overspill’ time window at the end.  With four hours, you give one hour to writing an article, one hour to a staff meeting, half an hour to emails and 45 minutes to organising the meeting, and use the remaining time as overspill.

And then use a timer, ideally a kitchen timer. Using the timer on your phone is a big no no as the second you look at your phone you are also looking at alerts or tempted to check other things.  You can also use the timer going off as a cue to take a two minute pause, stretch, and meditate (breaks are shown to increase productivity).

Not sure about the timer? It actually helps with hyper focus. When we know that we we won’t lose track of time as there is a timer keeping us on track? Then we can really go for it. We can place all our focus heavily on one thing, refusing to be distracted until that timer buzzes. It’s also the reason prioritising matters, as we hyper focus best when our brain is at its freshest.

Need help with your attention and productivity? Did you know many forms of talk therapy help you focus on goals and get your life organised? Try one of our highly rated and expert London therapists, or use our booking platform to find UK-wide therapists to suit every budget.

Still have a question about multitasking? Or want to share your own tip with other readers? Post below.

3 Responses to “Multitasking – the Good, the Bad, and How to Make it Work”