Your boss is controlling and mean. And you find yourself asking, “is my boss a sociopath?” And what should you do if so?

Is your boss a sociopath?

“Sociopath” is a misused term. What you probably want to ask  is, “does my boss have narcissistic personality disorder?”.

Narcissistic personality disorder (NDP) can include such traits as an inflated sense of importance, an obsession with success and power, a tendency to exploit others, and an inability to feel empathy.

A sociopath in psychology refers to someone who has antisocial personality disorder (ASPD). Both NPD and ASPD come under the same ‘cluster’ of personality disorders. But those with antisocial behaviour disorder have complete disregard for regulations and the law, don’t follow social norms, tend to be hostile and aggressive, and therefore rarely hold down a job.

So it’s unlikely to find a clinical sociopath in a position of power in a company. But yes, you will find people with narcissistic personality disorder in positions of power.

How can I be sure my boss is a sociopath or a narcissist? 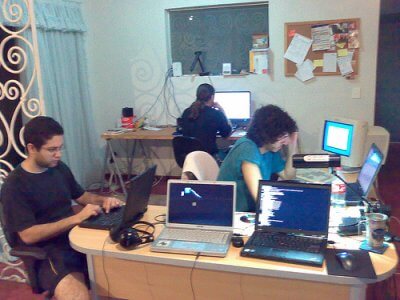 Unless you are a psychiatrist, who is carefully trained and practised in diagnosing someone with a personality disorder, you can’t.

We live in a world where millions of articles on ‘psychology’ are at our fingertips. So we feel we are all free to diagnose ourselves and others.

And calling someone a narcissist or sociopath seems to be the diagnostic of choice. If you looked at the internet, it would seem that just about everyone’s ex and boss is one.

But in reality? Most of those articles are poorly researched and one-sided.

The truth about narcissistic personality disorder is that only around 1% of the population is thought to actually have it.

This is not to say your boss is NOT suffering from narcissistic personality disorder. But just that is is statistically more likely that your boss might have is narcissistic traits.

Someone with narcissistic personality disorder will have the required number of traits of NPD in all areas of their life, all the time, and since late adolescence. This is the way personality disorders work. They offer a consistent different perspective. 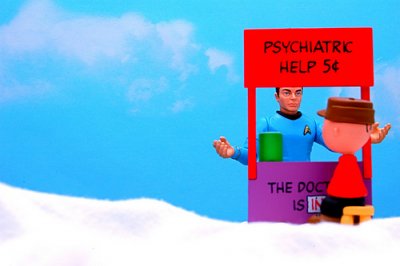 And this means the actual traits from the books psychiatrists use when diagnosing, the DSM-V in America, and also the ICD-10 in Europe. Not all the traits you might read on the internet.

So if your boss is nice to his family but is a monster in the workplace, it is unlikely he has NPD.

If he is ruthless but can actually see other people’s sides, he is not a sociopath but more likely overconfident.

If he was known as a nice person but since being put in charge has changed, he is again not someone who has narcissistic personality disorder.

Instead he or she might have narcissistic traits. This means they have one or several patterns of behaviour that are similar to someone who has NPD.

NPD vs narcissistic traits includes these sorts of comparisons:

[You might also want to read our connected article, “Is He or She REALLY a Narcissist?“].

The danger of calling everyone a narcissist

Most of us, at some point in our lives, have or will exhibit narcissistic traits. Take, for example, a bad breakup. We might suddenly be completely unable to see the other person’s side. For several months we may show no empathy or even be really mean to him/her. 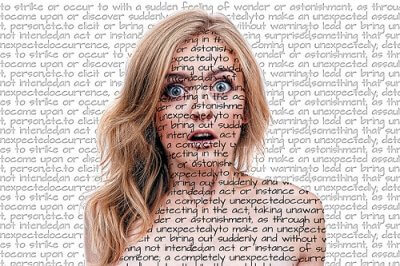 And here’s the other thing.

If you hate your boss and see him as a monster, unable to see that, say, severe NDP is often caused by severe trauma as a child? Or if you can’t feel an ounce of empathy for him or her? It could even be said that you yourself have narcissistic traits.

Which is exactly why it’s best to leave diagnosing others as narcissists or not to psychiatrists, and to move on to a far more important issue.

The most important thing if you have a bad boss

If your boss has narcissistic personality disorder, and you are working very closely with him/her, you might need psychological support to learn how to protect yourself and/or gain the self-esteem to find another job.

It would also be a good idea to seek career counselling so you know your options should you decide to leave.

If your boss is not actually a narcissist but just a bit of a bully in the workplace, perhaps due to workplace stress or hidden low self-esteem, then it’s time to look at two things.

Do you always attract people with narcissistic traits?

Do you always have bad bosses, experience workplace bullying, and have abusive partners? Always finding yourself a victim in life can mean you grew up without the unconditional love and care you needed, or experienced a childhood trauma. Such things leave you with core beliefs that you are not worthy of good things. This sees you unconsciously choosing to accept situations others would not put themselves in.

If you aren’t often a victim but just feel that you are constantly surrounded by ‘bad’ people it’s worth looking into psychological projection. If we did or experienced something we feel ashamed about we can repress our feelings and  project our shame onto everyone around us.

The truth is that we can all, at different points in our life, be mean and do horrible things. But until we learn to accept what is called our ‘shadow’ in Jungian psychology, we will always find the bad ‘out there’ and never feel safe in the world.

Do you need to talk to a professional, kind, and very experienced therapist about your problems at work? Harley Therapy connects you with therapists in central London . And now, wherever you are in the world, you can use our sister platform harleytherapy.com to book Skype and telephone therapy at your convenience.

Still have questions about ‘is my boss a sociopath?’ Ask below in our public comment box.