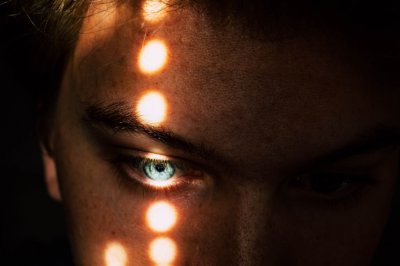 But what is it actually like to try? Are the rumours about flashing lights true? Writer Jo Love shares her personal experience of rapid eye movement therapy.

EMDR essentially helps decrease the intensity, or what I like to think of as the ‘emotional heat’ of, an anxiety-triggering memory or thought process. But how does it do that?

How I learned about EMDR therapy

EMDR first came to my attention through my integrative counsellor who I was seeing for postnatal depression after having my first and only child. Basically I was finding it incredibly difficult to be alone with my little girl and was riddled with anxiety . I felt on auto-pilot, and like I somehow was no longer me. 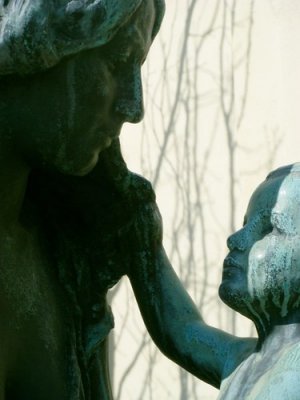 Most days I could pretend I was okay on the outside. But inside I was numb and lonely, full of feelings of failure. The tiniest of decisions would throw me into a panic. I started having intrusive thoughts that my husband and child would be better off without me.

I tried to tell myself it was a normal part of motherhood.

It was only when I took a cold look at the stockpile of painkillers I’d been collecting in a drawer ‘just in case’ I needed to disappear that I realised the enormity of what was going on.

I went to my GP for help and was referred to a counsellor.

After working together for almost a year she told me that she felt I was actually experiencing complex post-traumatic stress disorder (c-PTSD) triggered by my post-natal depression, and she’d like to try EMDR.

What I thought at first about EMDR therapy

I was shocked that I had a form of PTSD, which I thought was just for people who went through life threatening experiences like soldiers.  So to be honest I didn’t overthink the type of therapy the counsellor wanted to try with me.

I admit I thought her explanation of watching a light seemed odd though – how would that help?

But I trusted her completely by then. Trust is such an important part of therapy, I feel very lucky that I found a counsellor quickly I got along with. So even though it sounded like some weird hypnosis to me,  it was fine. She reassured me that we could take things at my pace. Her confidence that it would help was comforting.

From what I understand, there are various methods EMDR practitioners use. I’ve heard some, for example, ask you to follow a waving pencil with your eyes. But the vast majority use some kind of moving light or object that you follow with your eyes, which is what my therapist worked with. 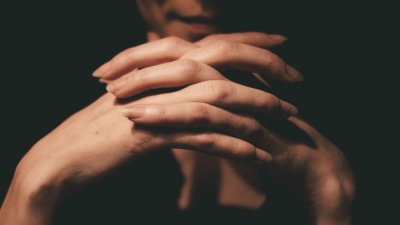 I’d sit upright in my chair, and the lights would usually be on. Unless the sun was coming in too strongly and making it hard for me to see the light. Then my therapist would draw her blinds.

It was a  narrow light strip mounted on a tripod a couple of feet away from me, about 50 cm long and maybe an inch wide. Little rectangles of blue light appeared and pulsed back and forth in a line, which I followed with my eyes.

Bring on the traumatic memories…

The sessions themselves revolve around you focusing on a specific traumatic memory.

At the beginning of a session we’d together find a memory that I could feel myself reacting to.  I’d rank the emotional ‘heat’ that memory held, and what negative belief about myself I associated with it (for example “I’m flawed”, “I don’t deserve what I want”, “I’m not important” etc.).

And then I made a ‘still’ of it in my mind – a bit like pausing a movie and looking at the image. Then the light is turned on. So you’d be thinking of the memory and then staring at the light. Your mind kind of wanders and you then talk about whatever is going on in your body or mind.

My therapist would say it’s like looking out of the window of a train just noticing the things that come by. It’s weird! So you might suddenly get a really hot ear for example, then the next round you might have anxiety knots, or you might have a feeling of shame, or think of a word or a person, or another memory. 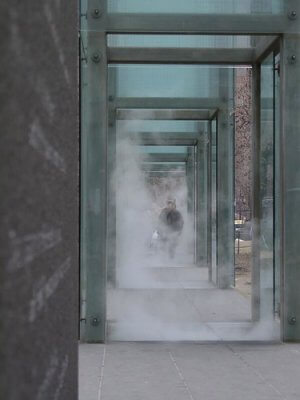 My Dad passed away so he’d often pop up in some way, or a detail you hadn’t noticed at the time, a smell,  or something unrelated. I often ‘felt’ my brain inside my head, however odd that sounds! It didn’t hurt, but I would just be able to ‘feel’ it.

How did I feel during my EMDR sessions?

You don’t feel that strange looking at the light. You’re not asleep, nor do you feel in anyway absent or strange. I just felt a pressure at first to keep up with the machine and make sure I was getting it right, but then I got used to it.

But the sensations that happen with the emotional processing is the strange bit. It’s a little bit like a kind of controlled time travel. You’re completely aware that you’re here and now, but you also feel like you’re in your body from back then, and re-experiencing aspects of it.

The whole thing was often really visceral nature. I would often feel this pressure across the front of my body, or anxiety knots in my stomach that would begin almost as soon as the light went on, and disappear as the light turned off.

We’d work in intervals of me staring at the light, often about a minute at a time. Between each interval my therapist would stop the light and ask what was coming up, what am I feeling, what am I noticing. If it’s physical, and if so where in my body, what’s the intensity.

She didn’t spend long dwelling on my responses, she’d say “go with that” and then off we go again, more and more ‘rounds’ of intervals until the emotions and physical sensations neutralised.

How often did I do EMDR sessions? 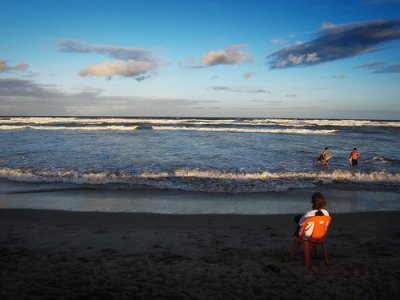 I ended up having EMDR on and off for 8 months or so, in weekly one-hour sessions.

But occasionally we would take a break for a few weeks and have some normal talk therapy.

How easy would I say EMDR is as an experience?

I have spent most of my life keeping a lid on my emotions and very effectively boxing things up, and EMDR unleashed it.

One day it could be relatively easy, other times intensely raw and emotional, even disconcerting. There were times it physically and emotionally knocked me for six, and I would have to go to bed for the entire rest of the day.

The funny thing that happened….

I started to realise I had anxiety about EMDR itself – so guess what we did – we did EMDR on that too! What I found enormously comforting was my therapist took everything at my pace, always making sure I was the one in control.

Did EMDR work for me?

I still have a long way to go as far as tackling my painful memories and negative beliefs go.

But I have definitely seen more improvements and progress than ever before. Not just when reflecting on the specific memories we worked on, but also in other areas too.

And overall the longer-lasting effect of EMDR has been that I feel the emotions, but they do not control me.

Would I recommend EMDR to friends?

Yes, I would highly recommend giving EMDR a go if you’ve struggled to get results from traditional therapy, or want to try a different approach to resolving trauma.

Ready to work through trauma and move on? Harley Therapy connects you with top London trauma therapists or find a UK-wide therapist or online therapist on our booking site.

Still have a question about rapid eye movement therapy, or want to share your own experience with other readers? Use the comment box below.

Jo Love is an award-winning mental health advocate, speaker, writer and podcaster. Find her on Instagram.

2 Responses to “Rapid Eye Movement Therapy – What’s it Like to Try?”