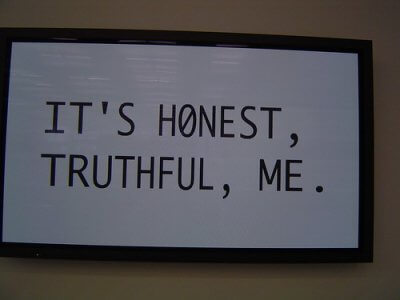 Is being honest one of the most important things for you?

Do you often find yourself accusing friends of not being honest? Or is declaring a partner ‘a liar’ the key reason you leave most relationships?

People are neither simple nor mathematical equations. So neither is the concept of honesty.

The Cambridge dictionary declares honesty as, “telling the truth or able to be trusted and not likely to steal, cheat, or lie“. (Note the ‘not likely’, making honesty indefinite).

The Oxford dictionary also feels it is about being ‘free of deceit, true and sincere‘, but then goes on to add other possible definitions, including ‘morally correct or virtuous‘ and ‘done with good intentions even if unsuccessful or misguided‘.

Perhaps we should spend less time arguing about truth in our relationships and more time getting clear on what it is we are actually both fighting for. Is being honest is about trust? Being sincere? Not deceiving? Or is it about being morally correct? Or just having good intentions?

Are you even as honest as you think?

It could easily be argued that our culture is built on dishonesty. We can generously tweak a CV to land a job, lie to get a refund and save money (“no, I didn’t wear it even once”), lie on our taxes, lie if we are tired and don’t want to go out (“I have work to do, sorry”). We can do all this and still be seen as ‘an honest person’.

And our little lies might be more about our lizard brain’s survival mode than any desire to be a bad person. An article in the National Geographic connects lying right back to the emergence of language. “The ability to manipulate others without using physical force likely conferred an advantage in the competition for resources and mates, akin to the evolution of deceptive strategies in the animal kingdom, such as camouflage.” 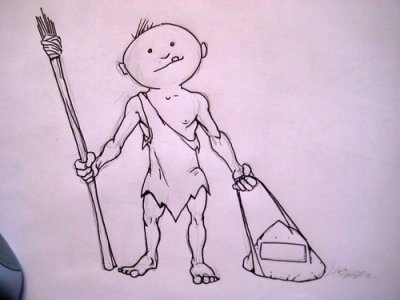 In fact the article suggests that we learn to lie as young as aged two to five, when we discovering our independence.

So then why, if we all are lying a bit, do we get so upset when we feel lied to?

Is honesty really the problem?

“He lied!” “She’s a fake!”. These are things we can repeat over and over with great ferocity.

Most of us, when we claim someone is ‘dishonest’, or ‘such a liar’, are really saying, he consciously chose to be dishonest. We are upset as we feel that someone chose to hurt us or do us wrong.

It’s not all about the lie, it’s that we feel rejected, let down, and even lonely and unloved.

When an obsession with being honest hides other issues

Yes, honesty is important if we want to have strong, healthy relationships. So we do need to sometimes call someone else out if they have not been straight.

But if it’s a pattern, if everyone seems to always let you down, if you spend all your time trying to dig out each tiny lie someone has made? A psychologist might argue that it is less about people being dishonest, and more about other hidden issues.

1.We mistake being honest with being right.

Always having arguments about ‘what the truth is’?  Occasionally, after the fact, do you sometimes secretly realise that you yourself had changed the story a teeny tiny bit to win the argument?

‘Wanting the truth’ is the perfect excuse to exercise a deep need to be right that can stem from a childhood where we were punished if made mistakes. Or perhaps we experienced difficult things that made us crave control.

2. We use ‘the truth’ to blame others or make ourselves a victim. 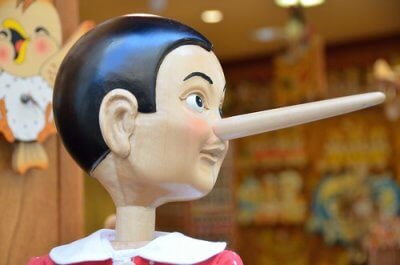 If bad things always happen to you because you ‘told the truth’, if it’s you against the world?

It might be that you are holding on to your version of the truth and blocking out any other perspective in order to maintain victim status.

Victim mentality is actually about power. Afraid of asking for the attention and love we need, we manipulate it out of others by making them feel sorry for us.

3.We have unresolved and limiting core beliefs.

Constantly break up with partners because ‘he was a liar’, ‘she wasn’t trustworthy’?  You might be using the concept of honesty as a way to perpetuate core beliefs you hold about the world.

For example, if as a child you decided the world is a dangerous place, you can live out this belief by always picking people who are, actually, unsafe. On a certain level it will be clear from the start that the other person is not trustworthy and dishonest.  Perhaps everyone around you even told you. But later you will claim ‘you didn’t see it coming’.

4. The truth becomes a way to avoid the intimacy we are terrified of.

Always the one who actually tells someone they are fat and need to go on a diet? who lets out the long held family secret at a reunion? Or goes to HR and gets a colleague fired? 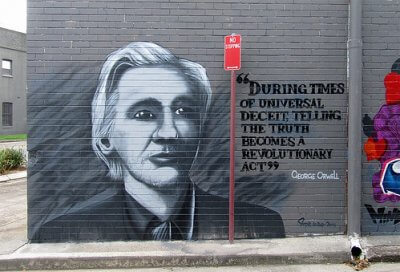 Sometimes it really is necessary to be that person bravely telling the truth. But if you are actually ‘being honest’ about other people’s business, things that are really up to them to decide? You might be using truth as a way to avoid intimacy by upsetting and scaring off others.

Why are some people unable to be honest?

Barring the minimal (despite the internet hype) numbers of people born with sociopathic tendencies, we are not born with a need to pass our lives twisting the truth.

It’s something we learn from the environments we grow up in. Perhaps the adults around us lied so much it seemed normal and the thing to do.

Or perhaps our parents only showed affection if we were good and pleasing, so we learned to create answers, aka lie, to feel safe and approved of.

The most important time to be honest?

Many of us lie more to one person than any other. And that person is ourselves.

Why do we lie to ourselves? It’s a psychological defence. And defence mechanisms are about avoiding emotional pain.

Denial is this sort of defence. We deny we had an unhappy childhood, and deny it enough we ourselves believe the replacement story we create. And we carry this habit of denial into the present, too. We deny to ourselves how unhappy we are with our partner, or how lost we feel.

The fastest way to be more honest?

If we learn to stop lying to ourselves, we start to naturally be more honest with others.

To be honest with ourselves we need to be vulnerable. It means we must process old hurt.

It also means we need to let other people down in order to take care of ourselves, which can be quite a learning curve if you’ve spent a lifetime pleasing others.

And we must take the time to honestly get to know ourselves and be compassionate with ourselves. The more we can accept who and what we are, the less we have a need to hide, the less we need to be dishonest.

Ready to be your true, honest self and learn to trust others, despite their flaws? We connect you to top central London therapists with years of experience. Or use our booking site to find UK-wide registered therapists an online counselling now.

Want to share your thoughts on being honest? Use the comment box below. Comments are monitored to protect our readers and we do not post inflammatory comments or advertisements. Andrea Blundell is currently the editor and lead writer of this site. She has training in person centred counselling and coaching and her main interests are ADHD and complex trauma.

2 Responses to “Being Honest – Does it Matter as Much as You Think?”