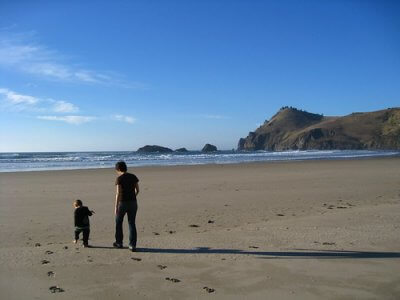 Aspergers in children changes the rules of parenting entirely. What’s it like if it’s your child?

Writer Stephanie Nimmo shares her experience of raising a child on the autism spectrum.

Aspergers in children – raising a child on the spectrum

Ted, our first born, was always a quirky little boy. He was absolutely obsessed with Thomas the Tank Engine, he could name all of the engines and spent hours playing with his trains or telling us all about them.

But there were a few odd things that just didn’t really make sense.  He couldn’t stand bananas, for example. Not just a simple dislike. To the point where he couldn’t be in the same room as them.  He would dissolve into tears of absolute terror when faced with a banana.

We were admittedly worried, his total over-reaction seemed very odd. But we didn’t know about Aspergers in children, so we laughed it off.

My autistic son at school

We were so proud when he was put into the gifted and talented stream in primary. He was clearly exceptionally bright. “Just like a little professor,” the other mums used to say.

But he was also very much a loner at school. He didn’t seem to be able to read the social cues of the playground, and often found himself isolated. 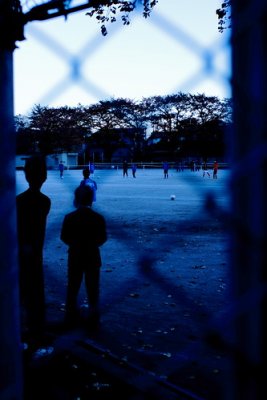 While the other boys in school were playing football, Ted was organising his Doctor Who card collection.  He seemed to have obsessions with certain things that just took over his life, and his waking hours would be spent talking about them.

He didn’t seem to understand if the person he was talking to was not in the least bit interested. We see now this was a clear symptom of Aspergers in kids.

Two years after Ted’s arrival we had a little girl.  As she grew up it was obvious how different our two children were.  She seemed so much more settled than Ted. She was also very sociable.

While it was clear that some of her traits might have been because she was a girl, or second child? It was also clear that there was a huge difference between our two children’s behaviours, and this started to ring alarm bells with us. But we had no idea about Aspergers symptoms in children.

Social situations were the hardest

Ted couldn’t cope with big social occasions. His little sister’s birthday parties were ruined by his tears and tantrums. And he would build himself up into such a state of anxiety about Christmas that he could not sleep on Christmas eve, which made for a very tired mum and dad the next day.

And then the meltdowns began

The older he got, the more the differences between him and his peers became pronounced, particularly when his meltdowns started.

If we decided to change plans, or do something on the spur of the moment? Ted would become anxious and defensive. 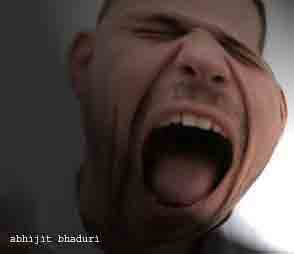 I remember we were about to go away on a family holiday and our flight was delayed. Ted screamed, and would not be placated. Everyone was looking at us and we just despaired at what to do.

He began to shut us out

As the years went by and Ted became increasingly isolated in school, his grades began to drop. He spent hours in his room, refusing to engage in family activities.

When Ted was 13, the school Special Needs Co-ordinator (SenCo) called us in for a meeting and suggested that an educational psychologist assess our son, as it was clear something was not quite right.

We were relieved in many ways. It was not our imagination, Ted was different. And we needed to find out why, so that we could support him.

After many appointments we had our answer. Ted had Asperger’s, formerly seen as its own disorder but now classed as part of the autism spectrum. The meltdowns, the anxiety, the obsessions, the awkward social skills, everything added up.

When we explained the diagnosis of autism to Ted, he was relieved. “Hopefully people can understand me now,” he said.

My son is just differently wired

Ted was differently wired, that was all. As he so succinctly explained to me, “Mum, you’re treating me like I’m a PC, when really I’m like a Mac”.

We had been applying the rules of our world, and expecting Ted to conform to them. As parents of children with autism will know, this simply doesn’t work.

The hormones were like kryptonite to his autism. “Sometimes it’s like I have a hive of cats in my head,” he explained, as he had yet another meltdown and refused to go to school. 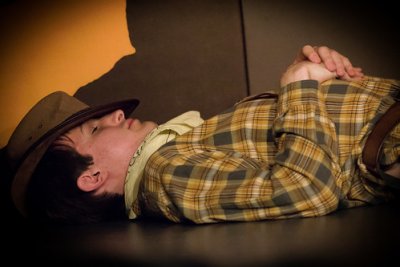 In fact not going to school became an ongoing issue. Negotiating with Ted to complete the work the teachers had sent home so that he didn’t fall behind was a minefield. Ted just dug his heels in, and refused to do any of the work.

To be honest, it was exhausting

I felt bruised and battered, fighting to support my son, to get him the help he needed to succeed. Worrying about the future, worrying about whether he would ever be able to cope in the world without me by his side.

Often he would manage to hold it together during the day, to only come home and for everything to fall apart.

I would be at the receiving end of an onslaught of verbal abuse and he would refuse to leave his room.  I wondered if it would ever end, as yet another carefully planned family activity ended in tears and shouting.

How to raise a child with Aspergers

I learned very early on to see Ted first and not his disability. That’s the most important. When he was having a meltdown and hurling abuse, it wasn’t him, and it wasn’t me. It was the autism.

Parents of children with autism have to keep thinking and planning.  I needed to prepare Ted for any changes in plans, talk about what was going to happen, and help manage things if plans changed. For example, he has huge issues around smells, particularly food, and this could cause a real problem if we were visiting friends or going to a new place.

I also had to help him develop lists in order to try and manage his daily routines and care. Often he would go into the shower and forget to wash his face. Or he would put on winter clothes when it was boiling hot outside.

And I had to adjust my communication style to suit his. I remember once asking him to help me by putting his little sister’s coat on. He just looked at me and said. “But it won’t fit me mum!” He took things literally, so it forced me to really think about what I was saying.

There were really, really difficult moments

One Christmas we had planned a family day out at the skating rink, but when we got there Ted became very anxious. This manifested as aggression as he squared up to his dad and shouted obscenities into his face.

People were looking at us, and a member of the public asked if we needed help.

I was mortified. I knew that Ted’s behaviour came from a place of fear and anxiety, but it was so hard to separate the words and insults from the cause.

When your Asperger’s child goes to college…

Ted managed to gets some GCSEs. But he walked out of school after one term of studying A levels, and I once again found myself firing up the internet looking at what we could do.

We managed to find him a place studying IT at a local college.  The staff there were brilliant, they put lots of support in place. And the course was continually assessed, so there were no tricky end of term exams to worry about.  He passed his course with flying colours and I helped him write a CV and apply for jobs.

I am so proud of my son

My proudest moment was seeing him leave the house wearing his suit, ready for his first day of work. Ted has got a great job working on an IT help desk, and his employer has made adjustments to take his disability into account.

What is next for my autistic son?

With time, maturity and great help from his school, therapists and support groups, Ted has learned to become increasingly independent. Some of the behaviours he has had to learn don’t come naturally to him. But he understands that they are necessary.

The next step will be for Ted to move out and live on his own. Of course he’s not quite ready for it yet, he still relies on reminders on his phone to eat and wash, but he’s getting there.

I anticipate that I will still need to be there for him, even if it’s at the end of the phone, if things go wrong and he feels overwhelmed.

What raising a child with autism has taught me

Being Ted’s mum has taught me patience. And it’s also taught me to really try and stand in other people’s shoes. To not assume that things that feel comfortable for me (such as maintaining eye contact when talking to another person) are comfortable for everyone.

Ted’s autism makes him different, not less. The most important thing is that he’s Ted. For all his quirks and funny habits, his obsessions, and even his meltdowns? I wouldn’t change him for the world.

Worried your child is on the autism spectrum? Our educational psychologists in London are experts at diagnosing Aspergers in children. Why not call us now for a chat about how we can help?

Have a question about Apserger’s in children? Or want to share your own experience with other readers? Use the comment box below.

Stephanie Nimmo is a freelance health journalist. She has written a memoir called Was This in the Plan? about caring for her disabled child and terminally ill husband, and a children’s book called Goodbye Daisy which supports children grieving the death of a loved one. Find her on Twitter and Instagram.

2 Responses to “Aspergers in Children – What’s it Like to Raise a Child on the Spectrum?”