Why is it that so many adults with attention deficit hyperactivity disorder (ADHD) don’t seek support but instead go undiagnosed?

See if any of the below misunderstandings about adult ADHD, also known as ADD, are stopping you getting the help you deserve.

(And do read our connected article, Adult ADHD – Are You Suffering From It?)

10 Myths You Are Telling Yourself About ADHD

The idea that ADHD is just for children simply isn’t true. Up to 4% of adults are now thought to suffer ADHD, and it might even be higher given how few seek support or diagnosis. 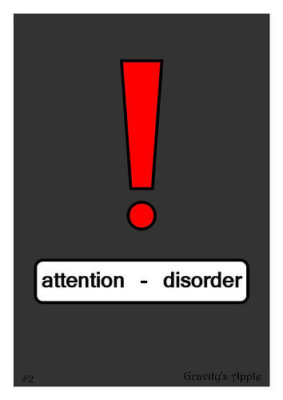 While it’s true that ADHD tends to start when you are a child, many adults with ADHD nowadays were children during an era when ADHD was only beginning to be understood, so their problem went unrecognised.

While you might have been overlooked as suffering with attention issues when a child, you would be quickly recognised as having ADHD now that mental health practitioners have a better idea of the full spectrum of the issue.

2. I did have ADHD-like symptoms as a child, but those are things you outgrow.

Some adults who were recognised as having attention issues as children might want to hold onto the idea that they can’t possibly still have the same problem now they are ‘all grown up’. Yes, you might be much better at things like focus nowadays, and far less hyperactive, if at all.

That said, ADHD is connected to the way your brain functions, so continues over your lifetime. It’s likely you still suffer from inattention in a way that makes your life more difficult than it needs to be.

While you can’t change having ADHD, what can change is the way you manage the effects, and that starts by admitting there’s a problem and seeking support.

3. You have to be hyper to have Adult ADHD. 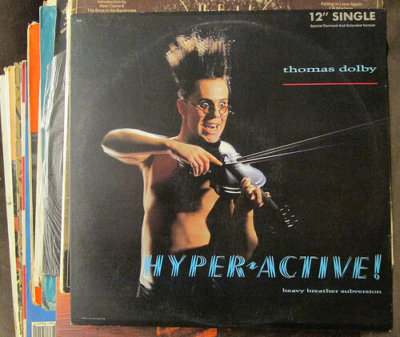 Not at all. There are three main symptom groups with ADHD, which are inattentiveness, impulsivity, and hyperactivity. You don’t need all three to be diagnosed with ADHD. In some cases, if one symptom group is enough that it is making your life very difficult, it is enough for a diagnosis, although most sufferers exhibit at least two symptom groups.

Many adults with ADHD don’t suffer with hyperactivity. It is true, however, that you might have other symptoms that involve other forms of overstimulation, such as racing thoughts, a tendency to talk too much, trouble sitting through things like concerts and lectures, a quick capacity to become agitated, or a need for excitement.

4. I can’t have ADHD because sometimes I have the capacity for extreme focus.

The opposite is actually true! Adults with ADHD often have a tendency to over focus, called ‘hyperfocus’. They can stay on one task so long the rest of the world seems to vanish.

The problem is the way their brain works leads them to choose inappropriate things to focus on that lead to more life stress over a sense of accomplishment. For example, a person with ADHD might spend four extremely focussed hours sorting out their email inbox the day before their taxes are due and they haven’t started them yet.

ADHD has nothing to do with intelligence. People of all intellectual capacities suffer from ADHD, and in fact many highly intelligent people with successful careers have this issue.

And attention deficit disorder does not make you ‘crazy’. It just means your brain functions in a way that sometimes makes life more of a challenge for you than it is for others.

Humans are adaptable, and we develop ways to make life work, or for us to fit in even if we are secretly struggling.

You might for many years have even been seen as quite together, such as in your twenties when your capacity to constantly change jobs and relationships had you seen as ‘brave’ or ‘lucky’.

It can be later, when all your peers stop trying new things and settle down in life, but you are still changing careers and relationships often, that it becomes apparent you are not managing life as well as others.

Adult ADHD also tends to most surface when life throws up challenges. So if you have seen several years of relative peace and security, it can be easy to conveniently ‘forget’ what happened when you last changed jobs or moved house, and convince yourself your problems with attention are just ‘your personality’… until the next life change sees you again flounder.

6. My colleagues and friends say I’m fine, it’s just my partner who thinks I have an issue.

Some adults manage to keep symptoms more controlled at places like work and socially, where they have worked out structures and habits that make things easier for them.

Because we tend to share our stress most with those closest to us, and ADHD is triggered by stress, it’s common that those closest to you would have the biggest understanding of how much you suffer from your inability to focus or your impulsivity. 8. There is no point in considering if I have ADHD because I would never take drugs.

It’s true that drugs are often prescribed when it comes to Adult ADHD. But you don’t have to choose to take medication. Other routes include therapy to help you make better decisions (cognitive behavioural therapy is often recommended for ADHD) or working with a ADHD coach who helps you keep on track.

At the very least, admitting to having an issue can lead you to some good bibliotherapy (reading helpful books and self-educating).

It’s true that psychological issues can at times seem hard to believe in. Their parameters can change with new research, and they can seem based on big assumptions about groups of people who are simply different than some apparent ‘norm’ which is determined largely by culture and societal trends.

And it is true that ADHD still isn’t completely understood, and even less so in adults than children, where more research has been done.

But at the same time research on ADHD has repeatedly shown brain differences in those who have it compared to those who don’t.

Brain differences don’t necessarily have to equate to ‘you have a psychological problem’. But maybe it’s the word ‘problem’ that needs to be looked at here.

If you want to believe that ADHD doesn’t exist, perhaps question if it’s a stigma around mental health issues that is your real challenge, over wanting to debate the exact scientific parameters of what attention deficit is.

Or ask what is more important – whether ADHD ‘exists’ or not, or whether your life, including your career, finances, and relationships, could benefit from support around issues like inattention and impulsivity.

10. ADHD is overdiagnosed so I probably don’t have it.

Yes, many people diagnose themselves as having ADHD using articles on the internet, to the point it has become common for anyone who can’t finish a project to joke they ‘have ADHD’.

But the condition itself is often thought to be underdiagnosed in adults (a 2014 study suggests that only 20% of adults suffering in the UK receive a diagnosis). The above myths stop people getting professional advice or going through the rigorous assessment a psychiatrist specialising in ADHD provides.

It is entirely possible that your problems with inattention are caused by something else, such as extreme stress, bipolar disorder, or even a health issue like a thyroid problem. A professional will rule these out first. But it’s unlikely you’d spot this difference by yourself, and self diagnosis can be a dangerous game. Unless you seek professional advice, stress about whether or not you have ADHD can be just one more distraction.

Harley Therapy offers diagnosis and treatment with one of the UK’s best known psychiatrists for Adult ADHD, Dr. Stephen Humphries.

Have we missed a myth about adult ADHD you want to remind us of? Do so below – we love hearing from you.