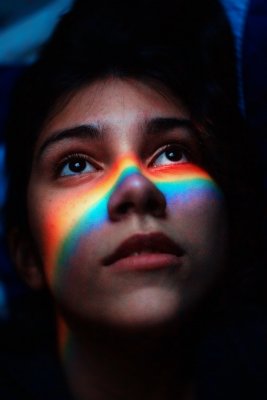 photo by Barcelos Fotos for Pexels

Many studies have shown that autistic people are more likely to identify as LGBTQ+ than neurotypical people. What is possibly behind this autism and LGBTQ+ link? And how does being autistic and being part of the LGBTQ community impact a person?

A 2021 study led by the University of Cambridge is the largest study on the sexual activity, orientation, and health of autistic adults to date.

It found that autistic teenagers and adults are eight times more likely to identify as asexual or of “other” sexuality than their non-autistic peers.

The same study found that autistic people are also more likely to identify as transgender or gender non-conforming.

Of the almost 600,000 adults that were surveyed, trans and non-binary/genderqueer adults were up to six times more likely to be diagnosed as autistic than cisgender people.

A 2010 study published in the Journal of Autism and Developmental Disorders also reported that autistic people are more likely to experience gender dysphoria.

More honest about sex and gender? 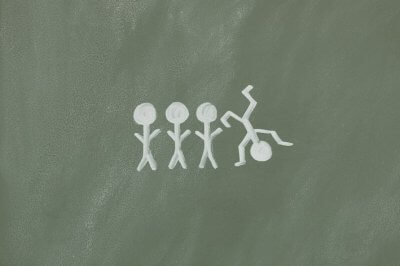 There are no clear answers for why those on the autistic spectrum might be more likely to identify as LGBTQ+. Scientists simply don’t know exactly why some people are autistic and others aren’t. Or why exactly we make the gender and sexuality choices we do.

John Strang, director of the Gender and Autism Program at Children’s National Hospital in Washington, put forward an interesting theory when interviewed for Spectrum News.

He suggests that it’s connected to the unfiltered directness that autism can bring, meaning people are more open about what they experience in life. He said —

“You could then understand the co-occurrence as perhaps a more honest expression of underlying experiences.”

In other words, autistic people may simply hide less about their experiences and desires.

A connected idea is suggested in the same article by Dutch researcher Jeroen Dewinter, and relates to the fact that being autistic tends to mean you see things in black and white.  He suggests autism means you are faster to identify as  bisexual based on one same-sex experience. Whereas someone who doesn’t have autism can have several kinds of sexual experiences but still identify as heterosexual and brush it off as ‘experimenting’.

Is it harder for autistic people to be LGBTQ+? 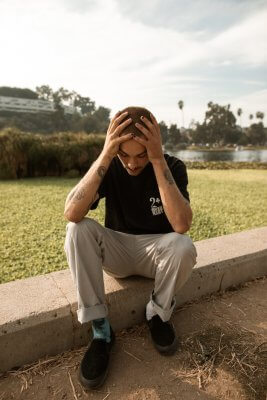 On one hand, autistic people are used to being outside the ‘norm’.

On the other, autism means we learn social norms from those around us. Because the natural instinct for social rules that others seem to have isn’t present. We are left to believe what we are told, or copy the behaviour of others. This could be peers, family and media.

If an autistic person grows up in an environment that is accepting of LGBTQ people? Then they will learn that diversity of sexuality and gender is permitted.

If, on the other hand, an autistic person grows up in an environment that is homophobic, transphobic and/or with strict gender roles? Then they learn that deviance from the majority is unacceptable.

Autistic people are more literal and less flexible in their thinking. So growing up in a non-supportive setting may make it especially difficult for an LGBTQ+ person to accept their difference.

The same University of Cambridge study mentioned above also found that gender-diverse individuals were also more likely to have received a diagnoses of a mental health condition. For example, they were twice as likely to have experienced  depression than their cisgender counterparts.

Autistic people experience life and the world in a different way, and have struggles in understanding and communicating feelings and thoughts. Autistic people who are LGBTQ may therefore feel very confused, anxious or depressed about sexuality, gender and relationships.

And there is the added pressure of belonging to two marginalised groups in society. This creates two-fold “minority stress”. This is increased once again if the person is non-white or living in poverty.

My experience – coming out as autistic and gay

I identified as bisexual for a few years. But then I was diagnosed as autistic at aged 25. It ended up being the missing puzzle piece for me. After my diagnosis I could look back on my life and realise that dating men was part of a myriad of ways I had tried to fit in.  A way to fight the constant feeling that I was different.
Since my diagnosis as autistic I shifted from identifying as bisexual to identifying as gay.  And I’ve gone from cisgender to non-binary.

In summary, for me, being diagnosed as autistic has been a liberating experience. It has helped me live more authentically, and achieve better mental wellbeing.

Can therapy help with LGBTQ+ and autism issues?

Yes. It can really help you develop confidence, and to learn how to clarify your needs and get them met. And it can also help you with things like relating skills and understanding others.

Of course autistic people’s communication needs can be in opposition to the norms of therapy. You might, for example, finding eye contact too painful. So it is important that an autistic person who is seeking therapy  to look for not only a therapist who understands and accepts LGBT people, but also autistic people.

Need help with autism, LGBTQ+ issues, or both? We connect you with some of the UK’s leading mental health experts who can help. Or use our booking platform to find UK-wide registered therapists with autism and LGBTQ experience.

Still have a question about living with autism and being LGBTQ+? Or want to share your experience with other readers? Post below.

Kylie Noble is a freelance journalist and copywriter from Ireland now living in Sheffield.