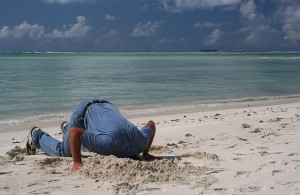 Have you ever met someone you enjoyed great conversations with and thought you’d connected with, only to have them vanish without warning from your life? Someone who seemed very present and available – and then suddenly they are gone, or acting like nothing serious happened between you. There, then not there.

You might have assumed they were playing manipulative games, or are a ‘cold’ person. But outward appearances can be deceiving, and this is especially true of someone suffering from Avoidant personality disorder (AvPD), also known as Anxious personality disorder.

This person described might even be you, hiding from others and the sense of connection you secretly long for.

What is Avoidant personality disorder?

A personality disorder is a condition which sees someone thinking, relating, and seeing the world in a way that is markedly different than an average person.

At the heart of Avoidant personality disorder is a difficult inner battle between a longing to connect with others and an overwhelming anxiety that rejection and criticism would be the inevitable result.

The fear wins out and the person with AvPD will choose to be alone over risking emotional pain. Sufferers are thus socially inhibited, hypersensitive to and fearful of negative feedback, and fight deep feelings of inadequacy and inferiority. They might describe themselves as anxious, lonely, not good in social situations, and unable to relax around others.

What are the signs of Avoidant personality disorder? 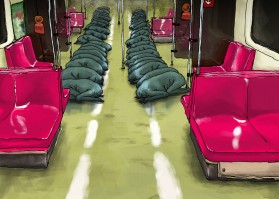 Avoidant personality disorder is usually first noticed in the beginning of adulthood. Examples of behaviour seen in those who have AvPD can include:

What causes someone to have Avoidant personality disorder?

Like most personality disorders, how AvPD is caused is not an exact science and is based around various theories. In general the disorder comes about from a combination of factors working together, which can include biological, social, and psychological factors. It’s thought to be a condition more likely to develop on a child who is naturally shy and withdrawn, and has also been linked to emotional neglect as a child and rejection from peer groups when growing up.
There is also a genetic factor with Avoidant personality disorder, with research suggesting that if a parent has AvPD there is an increased risk their children will.

How do I know if my friend or loved one is suffering from Avoidant personality disorder? 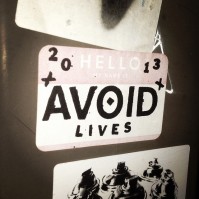 While reading the above list of symptoms might create a vision of a hermit cowering in their house, this is rarely the case. Many sufferers of AvPD hide their symptoms what maintaining a relatively normal looking life.

They can for example hide under the banner of ‘personal freedom’, sharing their social time only with other socially challenged types, such as others who embrace spiritual doctrines, political ideology or social movements that support solitary, unemotional living and condemn intimacy as ‘uncool’ or boring.

A person with APD can also do just fine in their career, if they pick one that does make social demands. But it’s likely they constantly avoid risks in their career and seem to fear change.

Relationship patterns are often where someone with AvPD most reveals themselves. Although it’s a mistake to think that those with Avoidant personality disorder can’t manage relationships. They can relate, and are rarely willing to give up relationships entirely. It’s just that their desire for a relationship contrasts with their need to feel safe, which wins out and makes them push people away. So the AvPD person runs a sad cycle of venturing into social situations, being highly sensitive, and withdrawing from people who may very well have genuinely liked the AvPD but had no explanation for the AvPD’s sudden disappearance so left them alone.

Martin Kantor, M.D., author of the book The Essential Guide to Overcoming Avoidant Personality Disorder, divides those suffering AvPD into two ‘types’ when it comes to relationships. Type I are those who don’t initiate relationships as they fear the new and possess a more obviously inhibited character. They don’t let you close enough to get to know them.

Type II, however, can appear the life of the party, funny and witty. They initiate relationships but grow restless and move on before any real intimacy can take place, and often the funny and witty front they present is a persona for a shy but hidden self.

How is Avoidant personality disorder diagnosed?

Diagnosis varies slightly and is at the discretion of your mental health care professional, who will make the diagnoses based on observations over time and a detailed look at your life history. They may refer to one of many different guides to mental health disorders like the Diagnostic and Statistical Manual of Mental Disorders (DSM) and the World Health Organisation’s esteemed health guide the ICD- 10. Each guide will have slightly varying requirements of a diagnoses based on symptoms like those listed above.

What is the recommended treatment for AvPD?

There is good help available for those suffering from Avoidant personality disorder and real progress can be made, giving a person with AvPD better social awareness and higher self-esteem. 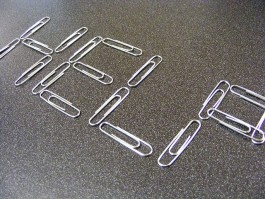 Sadly, those suffering from AvPD often wait until their condition makes their life so difficult they are not managing to get by before they face the reality that they require professional assistance at all. This is because the nature of the therapeutic relationship – talking one-on-one and developing a bond of trust – would feed into their greatest fear of revealing their innermost vulnerabilities and running the risk of rejection.

Drugs are sometimes used, but therapy is the more important part of recovery as it allows the avoidant to finally try trusting someone and their therapist can help them recognise and challenge their negative thoughts and cognitive distortions (beliefs that are held to be true but aren’t).

Group therapy can be also helpful, offering a chance to develop and further communication skills and face social fears.

A mental disorder that often occurs in tandem with Avoidant personality disorder is Borderline personality disorder (BPD), with up to 40% of those with APD diagnosed to also have BPD. This is thought to be because both disorders involve overwhelming fear of criticism and rejection, and that perhaps those who have BPD experience such pain from relationships they withdraw altogether, developing APD.

While some people exhibit symptoms of both APD and BPD, sometimes someone can be misdiagnosed with BPD when really they have APD. The difference is that APD produces constant social distancing, whereas BPD manifests more as extreme intimacy followed by withdrawal, in a marked ‘push and pull’ pattern.

Of course personality disorders are not ‘diseases’ with proven and consistent symptoms across all cases. They are simply terms created by mental health professionals to more readily describe groups of symptoms that tend to occur together. So there is often controversy over what a disorder is and isn’t, and diagnostic criteria itself can change over time.

In the case of AvPD, there is still ongoing discussion over whether it should be made distinct from generalised social phobia at all. They have the same symptoms and similar diagnosis and recommended treatments, so some health professionals argue that AvPD should be seen as a severe form of social phobia and not something separate.

Note that Avoidant personality disorder is not the same as ‘being an avoidant’. This term, used in places such as discussions on attachment theory and sex addiction terminology, is often used to describe someone who has significant issues with avoiding intimacy and/or sabotages their own success. While someone who ‘is avoidant’ might also have AvPD, they are separate terms. 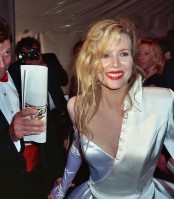 Because of the shyness that AvPD brings it’s not common for sufferers to seek the limelight, but actress Kim Basinger has spoken out about her struggle from childhood with Avoidant personality disorder. She eventually learned to manage her AvPD through therapy.

How can I help someone with Avoidant personality disorder?

If you suspect someone you care about has Avoidant personality disorder try not to take their disappearing or pulling away as a personal insult. While it is not your responsibility to chase after them or change them (creating a codependent dynamic that just brings its own problems) they are likely not keeping you at arm’s length out of any desire to hurt you. It’s simply the way they deal with relationships.

At the same time it’s perhaps not the best idea to immediately tell them you think they have a disorder. For starters, they might not. And personality disorders sadly arrive with a lot of stigma and misunderstanding and directly labelling someone can cause them to feel overwhelmed and pull away, especially if they have AvPD and are already one to withdraw.

Keep in mind that personality disorders are things many of us can relate to or feel we have one or two symptoms of, bit that doesn’t mean we all have one. If someone truly has a personality disorder it will be best left to allow a professional to diagnose it.

Focus on what is right about them, and let them know you recognise their strengths.

Let them know that you are there for them, which is the deepest hope a person with AvPD, despite their disappearing acts, has.

It is possible to gently suggest to a loved one they could use support or that they seem to be struggling. Read our article on how to tell a loved one they could use the help of a therapist for suggestions on how best to approach this. If you feel that you would like to talk to a therapist, you can find a counsellor to speak to online by Skype, by phone or in person around the UK on the https://harleytherapy.com booking platform.

Do you have further questions about Avoidant personality disorder you’d like answered? Post below, we love hearing from you.

26 Responses to “What is Avoidant Personality Disorder?”