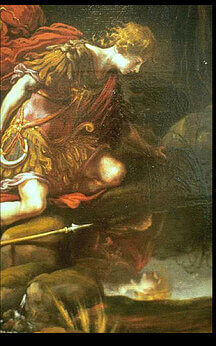 “He is such a narcissist”. It’s a common insult these days. But what is a narcissist, really?

What is a narcissist?

The term has become rather muddied. Originally, it came from the Greek myth of Narcissus, a beautiful young Greek man who rejected the love of a nymph in favour of his own reflection in a pond. It was a myth about selfishness and vanity.

But then psychology began using the term ‘narcissism’. Freud himself first made the term popular.

Narcissism here refers to a personality trait. While this psychological usage still involves being self- centred, it has come to include many other things. This includes having a sense of entitlement and being manipulative.

In fact the meaning of narcissism and narcissistic behaviour is even now still debated in psychological communities. It remains one of the hot topics of psychology, with new books and angles all the time and additional terminology like ‘narcissistic supply’ and ‘narcissistic abuse’.

From this rose the term ‘narcissistic personality disorder’, a condition where narcissistic traits make someone unable to function well in society.

If you are calling someone a narcissist because they are in love with themselves, you are correct – according to Greek mythology.

But if you are trying to imply they use people for their own benefit or pretend to be more than they are, you would technically want to say they had ‘narcissistic traits’ or ‘the traits of narcissism’.

And if what you really mean to say is that they are psychologically unbalanced in way that is very problematic? You’d want to say someone has narcissistic personality disorder (NPD).

Of course here’s the thing.

Despite it being a seeming trend nowadays to freely diagnose others as having narcissistic personality disorder, the truth is that only about 1% of the population is thought to have NPD. Telling others someone has narcissistic personality disorder (NPD) just because they crossed you, acted selfishly, or exhibited a few traits of narcissism isn’t really fair. It also the sort of mindless condemnation that stigmatises mental health issues. This means if the person you are talking to secretly has mental health challenges of their own, they are less likely too reach out to others for the support they need.

When does someone have narcissistic personality disorder, then? 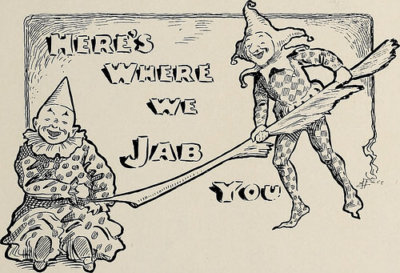 A personality disorder is a long-term, pervasive tendency to behave in ways that are outside of societal norms. It leaves you always struggling to get along with others and navigate life.

Narcissistic personality disorder involves exhibiting narcissistic behaviour since adolescence and in ways that affect all areas of life.

So just because you were romantically involved with someone who was in the end not good to you does not mean they have NPD. They might, for example, have intimacy issues, but actually get along well with colleagues. Or that bad boss might have a very healthy family life but find work pressure triggers old childhood issues with not being good enough.

Symptoms of narcissistic personality disorder can include, but are not limited to:

We all require a certain amount of self-love and esteem to move forward in life. Freud believed that we all even experience a form of ‘healthy narcissism’ – think of the toddler phase, when children are so sure things should go their way they lash out if not.

Some people have very high levels of confidence and drive that mean they exhibit similar symptoms to narcissism, such as being blind to others needs and having a compulsive need to be the best. For example, a person wanting a sports scholarship might break up with partners to focus on sports, neglect their family to practise, and obsess on always winning.

Narcissism is different because it is not really built around a drive to win – but around a fear of being exposed as weak and a failure. At its core, narcissism hides extremely low self-esteem and shame. This drives the pathological behaviour of blaming others for everything, an extreme need to always be right, constantly assuming everything is a criticism, and not obeying rules.

The above sports person might thus be a narcissist, but is quite possibly just blinded by ambition and confidence with no low self-esteem and no real need to hurt others to feel better about themselves.

An interesting way to differentiate narcissism from confidence is to look how the person in question handles criticism. A narcissist will be furious and often counterattacks with their own, much more cutting criticism. An ambitious and highly confident person, on the other hand, tends to take criticism on the nose and look for useful ways they can grow from it.

Can Someone with Narcissistic Traits or NPD ever really change?

People with strong narcissistic tendencies or narcissistic personality disorder do not often accept they have an issue or seek help unless they experience the depression that their hidden shame and low self-esteem can cause. Or, if they end up in treatment for alcohol or drug abuse, they might then receive a diagnosis of NPD and also receive dual treatment for this issue.

But those who do seek help can definitely see improvement. Cognitive behavioural therapy (CBT) is often recommended for NDP in the UK, and family therapy might be suggested.

Have a question we didn’t answer? Post below in the comments box.

2 Responses to “Is He or She REALLY a Narcissist?”