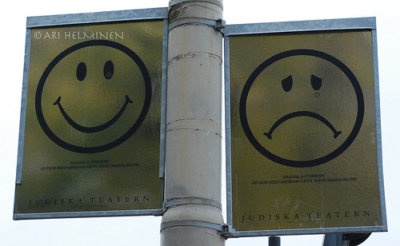 What Is Bipolar Disorder?

Bipolar disorder involves a disruption in the processes of the brain that manage moods. Sufferers experience mental highs and lows during the course of their life in a way which is distressing and difficult to live with.

Bipolar episodes tend to be more frequent and more severe than regular depression, with an increased chance of extreme fatigue and over-eating.

People with bipolar may not realise they are experiencing a manic episode until it is too late. It can help if friends and family can point out when behaviour is over the top, but often it may not be possible to halt an episode from happening.

Bipolar disorder is complex and has a large number of possible causes. It is important to remember that each person living with Bipolar is an individual and has a unique combination of risk factors. These factors can include a family history of mood problems, high levels of personal stress, problems with drugs or alcohol, or a combination of the above.

The nature vs. nurture debate has been discussed frequently by researchers studying Bipolar disorder. It has become clear that the disorder is not caused by either one or the other, but often by a complex interaction between the two. 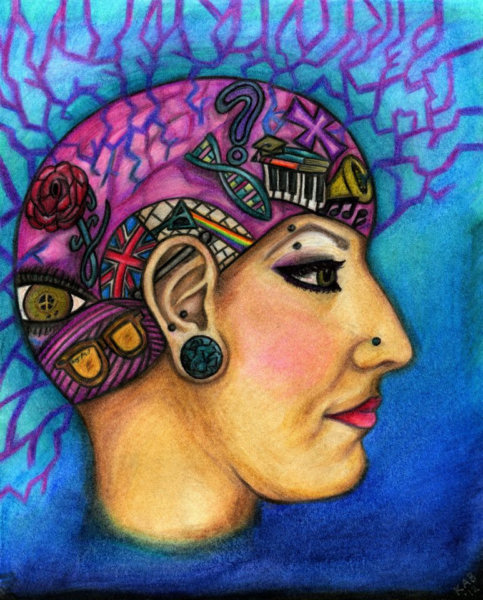 The biological causes of Bipolar disorder are to do with how the nerve cells in the brain (neurons) connect. Neurotransmitters are the parts of the brain which help the neurons to communicate with each other. With Bipolar disorder, it is this communication which gets disrupted. During periods of depression, the neurotransmitters may be under active, whereas the opposite is true during periods of mania.

Brain scans have shown that some people with Bipolar have parts of their brain which work differently to people without the disorder. The part of the brain responsible for regulating emotional responses – the amygdala – tends to be larger in people experiencing Bipolar. Similarly, the part of the brain which controls how we interpret situations – the prefrontal cortex – is smaller in some (but not all) people with Bipolar. These two parts of the brain are connected and interact with each other to regulate moods.

People living with Bipolar may notice that they react more strongly to certain events than their friends or family. They may be more upset by bad news, or more excited by good news. Of course we all experiences ups and downs. But for a regular person, these are usually short-lived and will rarely spiral out of control. People who regularly experience episodes of depression or mania can feel extremes of these feelings.

External pressures such as stress at work, too much alcohol, or sleep deprivation can play a part in malfunctioning moods.

It has been discovered that the more episodes of illness that people with Bipolar experience, the more they are likely to become ill again in the future. It could be that the brain is changed by early experiences of depression or mania, and so becomes vulnerable to future episodes. But this does not apply to every person with Bipolar disorder.

What is it Like to Experience a Manic Episode? 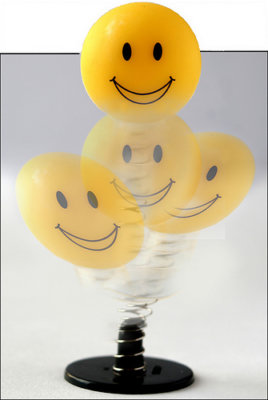 People in manic episodes feel optimistic, confident and full of energy and ideas. Common traits involve feeling as though you are on top of the world, unbeatable, and the best at everything you do. This might sound fine in practice, however it is often difficult to keep these feelings in check and to shy away from making impulsive decisions as a result.

The kind of impulsive decisions made by Bipolar sufferers during manic episodes can be potentially life-changing. They might start a new business, make expensive purchases, or plan a move abroad.

Sometimes sufferers may become impatient and irritated with people around them who aren’t able to ‘keep up’ with their ideas.

Behaviour during a manic episode can be erratic and rushed. Sufferers may feel that they are the life and soul of every party, talking quickly, telling jokes and only sleeping for a few hours every night.

Because they have a lot of ideas to express, they may find themselves getting into arguments easily. It is also not uncommon for manic episodes to involve large amounts of drinking and/or promiscuity.

Some sufferers have described their manic episodes as being fun to begin with, but not as enjoyable when it becomes difficult to stop the behaviour from getting out of hand.

In the Genes: Is Family Important?

Both genes and environment can play a part in whether someone will develop Bipolar.

It has been discovered that, if you have a family member with Bipolar, your risk of having the disorder is around 10% over a lifetime (compared with 1% among the general population).

Studies involving twins have shown that if one twin has Bipolar, the other twin has a risk of developing the disorder of 60 – 70%. 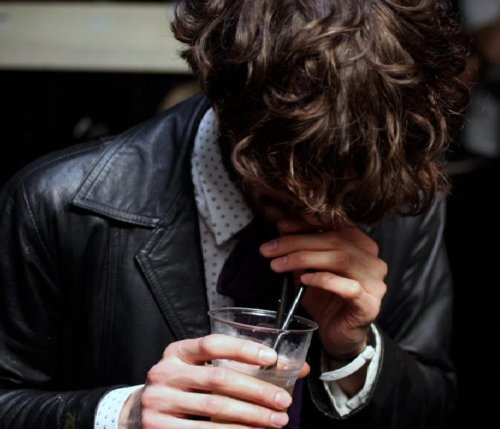 The majority of people living with Bipolar disorder have experienced real problems with alcohol. Some individuals drink heavily to try and alleviate the effects of depression, or to help them sleep. But alcohol tends to make these problems worse. Hangovers can cause further sleep issues and a lack of sleep can be a big trigger for depression and mania.

Although people with Bipolar can thrive on stress to keep things active and interesting, too much stress (such as worries about family or losing a job) can be a trigger for depression. Feeling bored can be a trigger too, as being inactive can provide too much time for negative thoughts.

People living with Bipolar may have to be careful in their relationships, particularly during manic episodes. Getting on with people can be made more difficult by saying the wrong things or making plans that can’t be followed through on.

Problems with sleep are very common in people with Bipolar. Some people may sleep less and other people will sleep much more during periods of depression. During manic periods, sufferers can go for days on very little sleep. In a biological sense, the part of the brain which controls sleep has a link with the amygdala, so sleep disturbance is a core symptom as well as something which can trigger a relapse of Bipolar.

What Sort of Medication is Helpful?

Bipolar disorder has a base in biology, even though environmental factors also play a part. So while changes in lifestyle can make a big difference, sometimes a more powerful treatment is required.

Lithium is the oldest and still the most popular treatment for Bipolar. It can help with both depressive episodes and mania as it improves the functions of neurotransmitters in the brain. It also helps to stabilise moods long term, stimulating the brain to produce nerve growth which helps the brain to repair and protect itself during times of stress. 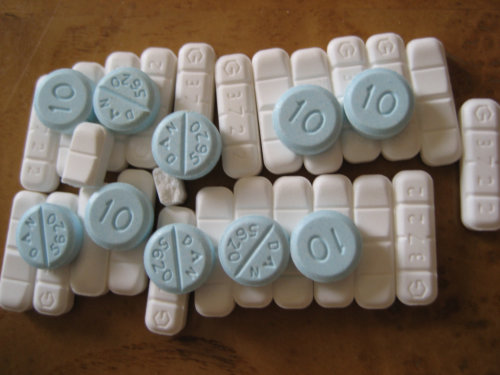 There are many pros and cons to taking medication for Bipolar disorder. The cons may be missing out on the excitement and enthusiasm caused by high periods, facing stigma from others, or dealing with side effects such as weight gain or nausea.

The pros may be that periods of depression either do not occur, or do not last as long. Relationships with family and friends are improved, and less anxiety is experienced overall.

It can be very tempting for people with Bipolar to stop taking their medication after a period of feeling better. However this will likely trigger a relapse, especially if medication is stopped abruptly.

People with Bipolar can sometimes feel irritated with family or doctors for encouraging them to take their medication. They can feel they are being deprived of the joy and excitement of their ‘high’ or manic periods.

Drugs other than Lithium are also used to treat Bipolar, but they are not all equal in their mood-stabilising abilities. Some drugs may be better at treating mania than depression and vice versa, and not everyone responds to each drug in exactly the same way.

Other antidepressants (such as Prozac) are not generally encouraged for people with Bipolar. This is because they do not alleviate the symptoms of mania, and can sometimes even make such symptoms worse.

What other kind of help is available?

Research has shown the benefits of therapy, especially Cognitive Behavioural Therapy, in helping people with Bipolar to manage the disorder. 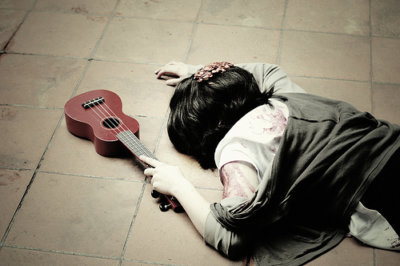 While depressed, it’s normal for sufferers not to feel like doing the things they usually enjoy. This can lead to a vicious cycle of feeling lazy and ‘useless’. Trying to do positive activities can help. Recognising what kind of activities are beneficial and then scheduling them as part of a weekly routine is a good idea, whether that is going for a hike or meeting friends for dinner.

It’s also helpful to think rationally about any negative thoughts or feelings during depressive episodes. It can work to write them down, look at the evidence for them, or discuss them with a friend to stop them from becoming too pervasive.

Similarly, manic episodes can be helped by taking practical steps when symptoms begin to show. This could include handing credit cards or passports to a friend, or always leaving a gap of time between making plans and acting on them.

Can You Recover From Bipolar?

Having support from family and friends is critical in the successful management of Bipolar disorder. People living with Bipolar can make this easier by being straightforward in how they talk about their diagnosis and offering information. Families and friends can help Bipolar sufferers look after themselves by putting strong support structures in place. They can ensure regular contact with health professionals, encourage regular taking of medication or CBT and agree on a plan of action in case of relapse.

It’s important to know that though those with Bipolar might require certain changes in their lives, there is nothing to stop them from pursuing their dreams. This is clearly evidenced by the list of highly successful and famous people above who have the disorder.

Misconceptions and stigma surrounding Bipolar can have a negative effect on how people deal with their illness. Believing that they are somehow at fault for what it is happening to them can lead them to shy away from seeking the right kind of help. But therapy can help you take charge and be yourself, not your disorder.

4 Responses to “Bipolar Disorder – What You Need to Know”