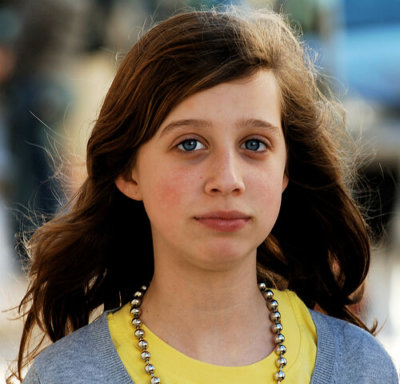 Girls are typically found to suffer more from emotional troubles, while boys have higher rates of conduct or behavioural problems.

But a report by University College London recently shed a troubling light when it announced a 55% rise in the rates of emotional problems amongst British girls aged 11 to 13.

Analysing data on over 3000 adolescents from a five-year period, the rise is seen as significant and cause for concern.

The conclusions were confirmed by a comprehensive global report put out soon after by the Jacob’s foundation, “Children’s Worlds”, which found that out of fifteen countries surveyed, UK children scored lowest of all for self-confidence.

So what is going on with Britain’s girls, and what can be done to help?

What emotional problems do our girls suffer?

The emotional problems suffered by girls include:

Perhaps most worrisome of the above are body image and self-esteem. The Children’s World report ranked the UK as second lowest after Korea for levels of satisfaction with body, with over one in 10 children reporting they did not like their appearance.

Hormones do lead to mood swings. But consistent low moods and trouble maintaining self-esteem are another issue. While the emotional issues above aren’t mental disorders per se, they often provide the fertile soil from which depression and anxiety disorders can grow.

And mental health disorders as an adolescent have been shown to lead to problems in adult life. These can include not only still struggling psychologically, but also facing more challenges with physical health, achieving an education, and doing well in the workplace.

Is early physical maturation part of the problem?

For some girls, it could be. Sandra Steingraber, author of The Falling Age of Puberty in U.S. Girls, collated data that shows the average age for the onset of menstruation has dropped from 17 to 13.

But while girls’ bodies are developing earlier, their psychological maturation has stayed on the old time-table. And the contrast, of being treated like or encouraged to act like an adult while still having the mental and emotional levels of a child, has a negative impact.

The UCL report suggests several possible contributors to a drop in wellbeing amongst young girls, including economic change, schooling climate, and changes in social pressures and cultural expectations. 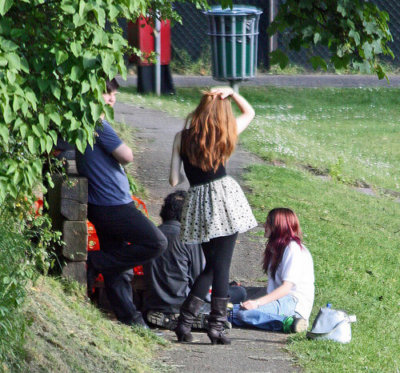 Economic change. The recession added to unemployment and income inequality, which might lead young girls to feel bleaker about the future.

And if their parents were directly affected, the stress and negative outlook can trickle down to their children.

Furthermore, cuts were made to voluntary mental health support services.

Schooling climate. There has been a focus on academic performance over wellbeing in recent years. This would likely increase stress on children.

Social pressures. New social pressures adolescents face include the unrealistic standards put forth by social media and a celebrity-crazed press.

The Children’s Worlds study agreed with this, suggesting that the media’s unhealthy portrayals of ‘ideal’ bodies are contributing to increased dissatisfaction among adolescents. But they also point out that in the UK almost 30% of children are presently obese, an issue which can also contribute to confidence issues and should equally be addressed.

Cultural expectations. There is an increasing sexualization of young girls that has been found to have a negative impact on the mental health of adolescents.

Signs of Emotional Stress to Watch for

As a parent, it’s often hard to distinguish between distress that needs professional help and “ordinary” teen moodiness.

Teens don’t necessarily express feelings of sadness, depression and anxiety the way an adult would.

Here are some signals of emotional distress more often found in teens than adults:

— Body aches and pains that have no physical cause, especially headaches, stomach upsets, and muscle pain.

— Overly sensitive to even mild criticism (young girls often see themselves as the problem, believing it’s their fault for not being prettier, skinnier, smarter, or more popular)

— Extreme irritability and bursts of rage

— Withdrawal from family and social activities to spend time with just one or two friends, or replacing old friends with a new crowd

— Loss of interest in school and poor academic performance

—Negative and hopeless statements about self and life (as if I matter, what is the point, we are all going to die anyway)

— Uncharacteristic and troubling behaviours such as internet addiction, substance abuse, running away, bullying, eating disorders, self-harm and other destructive behaviours.

What Can You Do to Help?

If you suspect your family member or loved one is showing signs of emotional problems that could grow into something worse, evaluation and professional counselling can help.

There are also steps parents and loved ones can take to help a pre-teen navigate these difficult years. 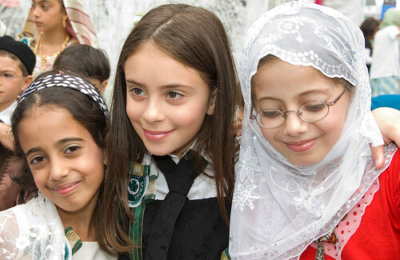 She’ll be your little girl forever, but understand that, right now, that’s not her self-perception. Decide what you’ll let your pre-teen experiment with – manicures and music, for example – and what experiences will have to wait until later. Letting her do some things that make her feel grown up relieves the pressure to break more important rules.

2. Keep the Lines of Communication Open

Don’t wait for an important issue or disagreement to talk to your daughter. Talk to her every day, about small things and large, and listen at least as much as you talk.

Look for realistic ways to foster your girl’s self-esteem and shape the woman she’ll become over any ungrounded platitudes she will likely cringe at or can even cause her to feel pressured. Telling her the blue top she chose is a great color for her, or that you were impressed when she passed up watching a movie to finish her homework, will do more for her self-confidence that vague statements like. “I know you’re the smartest one in your class”.

You may think your pre-teen pays no attention to what you say, and that your opinion doesn’t matter to her, but it does. Whether she admits it or not, she wants your approval, so beware of sending mixed signals, especially about looks and body image. Too much praise for thin and beautiful celebrities, or asking her why she couldn’t get the same good grades a classmate did, can all have detrimental effects.

5. Emphasise Real Activities Over Virtual Ones

Make sure your daughter participates in her life. Whether she chooses sports, special classes in something she loves, or joining a club, such activities will help develop her talents, confidence. and interpersonal skills. Real activities also put social media in perspective and keep it from becoming the most important part of her life.

One of the most pernicious aspects of the cyber life is the penchant of users for creating dazzling fantasy lives and accomplishments. Even adults can become envious and disappointed in their lives, spouses, and jobs when they read about the trouble-free, worry-free lives others are living, and can make a believing teen feel even worse.

Make sure your daughter knows that much of what’s she’s reading is fantasy, and it isn’t hard – or uncommon – for someone to create legions of friends and followers who don’t actually exist.

Live the life you want your daughter to embrace. If you have a “no gadgets during meals” rule, it goes for you as well. If you want her to be involved in things, pick a few of your own activities to pursue; eat healthy and exercise, but don’t obsess over you imperfections. The lessons you teach by example will last long after your words fade into thin air.

Do you have advice for helping an emotionally troubled girl? Share below.