How serious is lying in relationships – are you overreacting? And why do you keep attracting liars?

Do we all lie?

An oft-quoted American study on how often we lie a day came in at between once to twice (1.65 times, to be exact).

It’s true that lying is part of the human experience. We begin lying between ages two to five, when we are establishing and testing our independence. And researchers believe lying emerged not long after we created language, designed to give us an advantage for resources and mates.

So yes, we lie for social acceptance and survival. We say a friend’s outfit doesn’t make them look fat when it really does. Or that we love what our host cooked for dinner when it is terrible.

But isn’t lying in relationships different?

Using the excuse that “we all lie” to compensate for constantly deceiving a partner is simply manipulation.

When we lie to a partner, it’s a different playing field than our white lies to strangers and friends. Intimacy is involved. We are breaking a stronger level of trust and confidence.

Also note that those same researchers who came up with the 1.65 times a day statistic? They felt the result was skewed by several people who lied a lot, raising the average. “On any given day, the majority of lies are told by a small portion of the population, and nearly 6 out of 10 Americans claim to have told no lies at all,” they clarified in the conclusion to the study.

The different types of lies

What is and isn’t lying, though? As partners can certainly have a different definition.

Ellen Bader and Peter Pearson, experts on couples therapy and authors of the book Tell Me No Lies, see the different kinds of lies as follows:

Why lies aren’t even the biggest problem 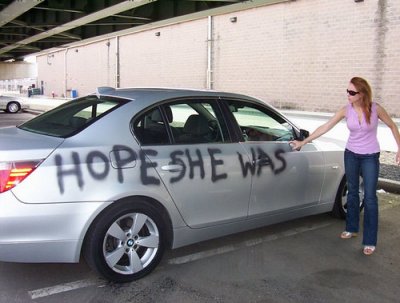 What the above list of different kinds of lies illustrates is that it’s not about how we word things, the ‘lie’.

It’s about the deception.

Deception is about choosing to withhold, edit, or manipulate information for your own benefit. And it’s a deeply damaging behaviour that puts any relationship on shaky ground.

Lying at the beginning of a relationship

But don’t we all lie at the beginning of a relationship? Pretend we are more together than we are, that our job is more exciting than it is, hide the fact we are in debt, even wear clothes we don’t usually wear?

Unfortunately, yes, this is commonplace in our modern, swipe right or left competitive way of dating, and our world of fake social media personas.

But it doesn’t mean it’s a good tactic. While it might lead to a short term relationship or fling, it will dampen your changes of a lasting relationship.

Building a relationship on lies is like building a house on a sand foundation. The first storm, and the house starts to shift and crack.

Lying in marriage or a long-term relationship

But what about a bit of lying in a marriage or long term relationship? Doesn’t that happen over time?

We can wave the privacy card. And we do, of course, have the right to have our own private thoughts, and our own conversations.

Plus it’s healthy to have your own friends and to do things without your partner, and without having to recount every detail.

But if you are claiming privacy to hide behaviour you feel guilty or ashamed of, it’s likely you are involved in deception.

Of course it goes back to what the two of you decide is acceptable.  It’s your relationship. If you both want your freedom and a secret life, it’s up to you. And in some cultures, it might be more acceptable for long term partners to have affairs. But it’s best if this is all openly communicated and boundaries are made clear.

Are you mistakenly encouraging a partner to lie?

How is it possible you would do this? When you absolutely hate lies?

You might be creating an environment of distrust that doesn’t feel safe. When people don’t feel safe, they are more likely to hide things to protect themselves.

So if your paranoia about a partner lying has you constantly:

You are actually controlling them. And they might feel they have to hide things to avoid your wrath.

In summary, you are not being a good partner either. Trust is a two way street, and you cannot demand it if you don’t give it.

Why do I always attract liars?

Are you in a pattern where you keep thinking you’ve met an honest partner, only to find out that yet again you’ve fallen for a liar?

It might be that you grew up with a parent of parents who were liars. You learned that this is acceptable behaviour.

If you loved a parent who lied to you — and we all love our parents when children, no matter if they deserve it or not — then you might also confuse love and lying. You are seeking love, and as love is so intertwined in your mind with lying, you unconsciously seek out liars who feel like ‘home’.

Dealing with lying in a relationship

Discovering one partner has been lying is not always a deal breaker. People lie for many reasons, such as not feeling good enough, or not wanting to stress out the other person.

Working through these issues can even end up making your relationship stronger than ever, if it leads to newfound openness and better communication.

But to resolve lying, you must both want to change the pattern and be committed to doing so. This can involve learning better communication, taking time to check in with each other, and perhaps one or both of you attending therapy, individually or together.

If one person says “I’ll stop, I promise”, but doesn’t take steps to do so? Doesn’t seek support, or to educate themselves? It’s highly likely the lying will continue. Lying is an entrenched behavioural pattern, a habit. It doesn’t change without committed effort.

Still have a question about lying in relationships? Post below.

Andrea Blundell is a writer with training in person centred therapy and coaching. Find her on Twitter and Linkedin.