Virtual reality is posed to enter our homes, with the release of cheaper and more readily available headsets already begun. Worries abound over its negative impact, if, for example, your children spend too many hours on ‘virtual gaming’.

But virtual reality is not just for gamers. It has actually been studied for its psychological benefits since the mid-1990s, and the results to date are increasingly promising.

Is virtual reality therapy the next big move forward for psychotherapy?

What is virtual reality, really?

Virtual reality involves entering an ‘alternate’ three-dimensional world – all by putting on a headset and earphones. It’s a world that is of course computer-generated, but it feels real, and is one that you move around in and interact with. You might find yourself touching and picking up objects, for example.

Virtual reality is a strange experience which is hard to describe until you have experienced it for yourself. You know what you are seeing isn’t real, and yet your body and mind react as if it were.

Why is virtual reality therapy exciting?

This is very helpful if what the brain is being tricked into is letting go of irrational thoughts and fears that hold you back in life.

So what psychological conditions has virtual reality therapy proven a good match so far? 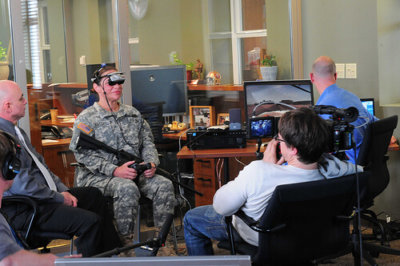 Post-traumatic stress disorder was one of the first psychological issues virtual reality was targeted to, with research being carried out on veterans for several years now.

Tests see soldiers ‘reliving’ traumatic war experiences in a virtual world, a form of what is known as ‘graduated exposure therapy’.

The idea is that by slowly re-experiencing what he or she went through in a controlled virtual environment, a patient can process the blocked emotions around the trauma and break conditioned stress responses.

New research is also looking to try to use virtual reality to prevent PTSD in the first place. The idea is that by putting soldiers into a dangerous virtual environment in advance of actual deployment, they will be more prepared for the reality of war.

A small but interesting virtual reality study carried out at University College, London, looked at how it could be used to raise self-compassion and thus fight depression.

The study used something called ‘embodiment’ in order to help participants show themselves compassion. This is a process where in a virtual space you enter into an ‘avatar’, or virtual body, and experience things from the avatar’s perspective.

Participants entered a virtual reality scenario where they offered compassion in one virtual ‘body’, then switched to another virtual body so that they were then at the receiving end of compassion. This process, eight minutes in total, was repeated three times over three weeks.

More than half of participants, nine out of the 15, reported reduced depression that continued a month after the study ended. 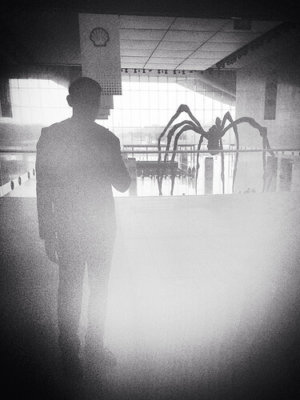 Virtual reality is a perfect tool for exposure therapy, where a client is supported in facing the thing they are afraid of. While traditionally this could be hard or impossible in some situations, virtual reality can recreate any fear, whether that is flying in a plane or being near a spider.

An American study had 23 subjects slowly approach a virtual spider. The results were impressive – 83% saw their phobia lessen significantly, and some participants found they could approach a tarantula in real life with almost no anxiety anymore.

Severe paranoia affects up to 2% of the UK’s population. For those with schizophrenia it can involve ‘persecutory delusions‘, the idea that others are out to get you, which has traditionally been a challenge to treat.

A 2016 study at the University of Oxford used virtual reality to help those who suffer paranoia that other people are dangerous. A group of 30 participants received virtual reality exposure therapy, experiencing seven ‘journeys’ in both train carriages and a lift, with the number of ‘people’ in the virtual environment slowly increasing.

Half the group also receiving ‘virtual reality cognitive therapy’ (VRCT). As they faced their fears in virtual reality they also were coached not to resort to their typical safety seeking behaviours like looking for ways out or refusing to look at the other people around them. Eight of the 15 patients in this group no longer had their delusions at all afterwards, compared to three of the 15 who received just virtual exposure therapy.

Will virtual reality therapy take over from real time therapy?

‘Virtual humans’ are already being developed in America at the University of Southern California. Powered by artificial intelligence, the idea is that eventually these virtual humans can do things within a virtual space that do indeed include counselling and mentoring.

But there is one thing that virtual reality and artificial intelligence cannot imitate yet, and that is the power of human empathy. Counselling and psychotherapy are at heart a relationship. So while virtual reality has many truly exciting potentials for the field of psychology, it is unlikely to replace the powerful live interaction between client and therapist any time soon.

Have a question about virtual reality therapy? Want to share your thoughts? Use our comment box below.

2 Responses to “Virtual Reality Therapy – The Future of Psychology?”