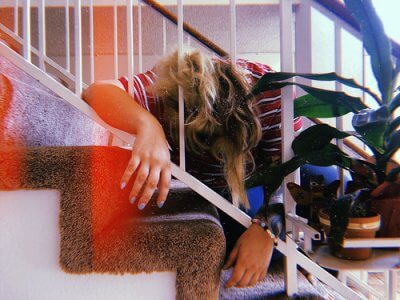 Cognitive behavioural therapy (CBT) is currently one of the most popular types of talk therapy in the UK and also one of the most evidence-based (1). But what’s it all about? And what actually happens when you go to CBT counselling?

How I ended up trying CBT therapy

I have to be honest, I didn’t go to try CBT counselling because I had done the research and knew what it was about. It’s embarrassing, but it was just that the therapist himself was known in certain circles as someone who had a ‘80% success rate’ at helping women get into healthy long-term relationships and had done wonders for a friend.

Not that relationships were my biggest problem. It was more that I was depressed and constantly struggling against falling into the ‘black hole’. But, still, I was too curious not to go.

I was nervous, because I had tried therapy several times already, but hadn’t had a good experience. The first therapist was through my GP, and because of waiting lists I was sent to see a psychodynamic therapist who actually worked out of the psychiatric wing of a hospital. The waiting room was a free space for live-in patients and quite overwhelming for me, not helped by the fact the therapist was obviously not happy in her job and just advised me just to ‘make new friends and write in a journal’.

The second therapist I tried pulled out a doll house she wanted me to play with. Definitely not for me.

So my expectations were low and I was not convinced anything could help me by that point, but I thought I’d at least try.

My first impressions of my CBT therapist

The waiting room, a wood panelled place with black furniture, made me feel I was more in a lawyer’s office than seeing a therapist. When the door to the office opened and a well-groomed blonde slipped out smiling, I felt intimidated, but hopeful. 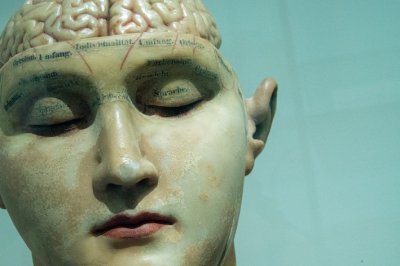 And then he ushered me in. A short man sporting a Ralph Lauren button down, little John Lennon glasses, and a posh accent, my guard went up.  As an arty anti-system sort at the time, I immediately thought, “Ha! He’ll never understand me.”

It was weird and like a job interview. He asked me about why I had come to try CBT counselling, and then said we’d take a family history if that was alright. And literally pulled out a clipboard!

It was fairly practical questions over anything too deep and searching. I casually joked my life was so complicated we would have to get into it more in sessions…. and that’s when he explained, to my total surprise, that we wouldn’t.

He explained that CBT was focused more on the present than diving deeply into my past. I actually felt a bit disappointed – how could that even work?

I had had a really tumultuous childhood. We moved non stop, my parents divorced when I was quite young, and my emotionally-unavailable mother then dragged us through an Armageddon cult. I was sure all that needed addressing.

When I explained I did suffer depression and anxiety, he said it would be beneficial to take a low dose of an antidepressant during our time working together, but it was up to me. Turned out he was actually a psychiatrist, not just a psychotherapist, so could prescribe meds. I felt annoyed and said no way (to be fair, he wasn’t pushy).

He also made me sign a contract. Again, it felt very cold and professional to me. We signed up to do 16 weeks of sessions together.

In summary, the first session all went very fast. I wasn’t overly impressed when I left.

Homework and an exercise book?? 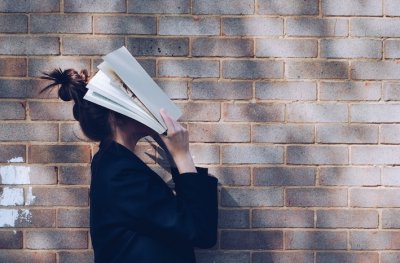 The next session was when he pulled out a CBT exercise book and explained how our goal was to retrain my brain.

The frontal region of my brain would be deactivated and keeping me in low mood cycles. We needed to activate it with exercises that would seem repetitive, but were very effective.

He told me not to be intimidated by the exercise book, we wouldn’t be doing it all (he must have sensed my anxiety. I hated school). I’ve since learned some CBT therapists do work right through the book, but he tailored CBT to what he felt clients needed.

I almost quit after the third session

I still wasn’t gelling with the guy by the third session. I didn’t like the way he peered at me over those little glasses, or his way monotone way of talking that I found smug. I felt sure he must think of me like some scruffy weirdo (again, I had low self-esteem). And his very masculine office, with its leather and chrome chairs, felt unwelcoming to me.

Of course now, looking back, I recognise my negative thinking always had me seeking for what was wrong instead of right.

He was teaching me about cognitive distortions, ways of thinking that deviate like reality. Was I ever guilty of many of them – generalising, catastrophizing, personalisation, you name it.

The problem was he told me my favourite distortion was black and white thinking, and that I was a ‘drama queen’.  I’d need to learn how to accept to think grey thoughts instead of being so black and white, as it was the drama that caused me a lot of emotional upset.

I felt very defensive. I couldn’t believe he wanted me to be as boring as I was sure he was. Figures, I thought. This guy knows nothing….

Walking home I decided I wasn’t going to go back. I called my friend and told her.

It was then that she explained something I now always tell people I meet who are thinking of trying therapy.  She told me it was normal to not like a therapist at first! And that she really had a rule you have to do four sessions before deciding.

So yes, she talked me into one more session. I really have to thank her for that, looking back, as CBT counselling ended up being a turning point for me.

It all starts to make sense…

In the fourth session, he laughed at one point, and I thought, oh yeah, he’s human. Until then I’d seen him as a ‘doctor’.

I think this is another mistake many people new to therapy make, to see the therapist as different and not just another human. And it keeps you from feeling comfortable.

He also mentioned that he was really into meditation. I was totally surprised, I didn’t think he was ‘cool’ enough for that (at the time, it wasn’t as popular as it is now).

By then we we were working through a ‘thought record’ example and it did really was starting to make sense. This is where you catch and write down a negative thought you are having. You then find proof it’s true. You then come up with it’s exact opposite and find proof that is true, too. Which is odd as you realise you can ‘prove’ both, and you’re left going, now wait a minute…. you can see how false thoughts really are.

Finally you pick a balanced thought in the middle. And reading it you do realise how much less stressful that thought is, more realistic.

He told me I was going to have to do several thought charts a week and bring them in to show him.

It wasn’t easy, that’s a definite 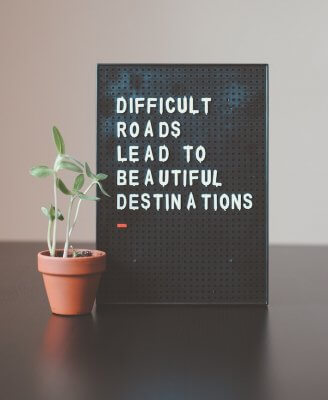 I am by nature a scattered type. I got through school doing my papers at the last minute.

So I was often doing my required number of thought charts for the week sitting in a cafe right before my session, or even on the bus on the way over! Which is sad as it probably made my progress slower. On a good note, those thought charts are something I still use to this day.

And sometimes he’d push me. Once I was in a bad mood and actually swore at him. He made me apologise the next session, which was horrible. But it did keep respect between us.

Not all CBT therapists are the same.

Just because someone is a CBT therapist doesn’t mean they can’t add in their own angle or have their own style, so to speak. My therapist also added in stuff about relationship ‘red flags’, and about healthy communication versus what he called ‘junkie communication’.

He also encouraged me with my interest in meditation and was very supportive when I told him I’d booked a mindfulness retreat. I think mindfulness is an amazing complement to CBT counselling. In fact if I were to try cognitive therapy again I might be tempted to try CBT’s close cousin, mindfulness-based cognitive therapy (MBCT).

Would I recommend CBT therapy?

Absolutely. I actually had very little depression for the three years following my CBT therapy.

CBT counselling didn’t solve all my problems. It’s not a magic wand. But it did realign my thinking in a way that was lasting. I do get negative thoughts, but I have instant awareness and can then reach for tools to move me out of them. And I am more aware of when I am making assumptions, or coming from a limited perspective.

On the other hand, I didn’t end up being part of his magical 80% of women in great relationships…. that is still not my strong point, fifteen years later!

I think CBT counselling is very good for depression and anxiety (which it is evidence-based for).

And it’s a great base to start your therapy journey with. I tried more psychodynamic psychotherapy after CBT, and it was a totally different experience. I was calmer and more able to handle unpacking my past without getting ‘triggered’.

My recommendations for trying CBT therapy

1.Give it four sessions before deciding.

I think this is so important. If you already have poor relationships and trust issues, you won’t instantly love any therapist. You need time and need to know the therapist before you fire them!

I ended up signing up for a second round of eight sessions and I think this is likely to do with not doing my homework in the way it should be done. I lived to regret it and tried much harder in round two.

3. Accept the ups and downs.

There were times I hated it, times I loved it. Times I liked my therapist more than others. In the end we ended up really getting along, but it took time. Remember, therapy is at heart a relationship, it’s not perfect. But it is effective, and worth it.

Still have a question about CBT counselling? Post below.

Andrea Blundell is the editor and lead writer of this site. She has trained in person-centred therapy and coaching.