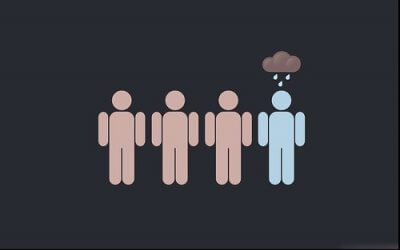 Always have bad luck compared to everyone around you? Feel like you were born under a bad star? And spend your life telling everyone who will listen one unbelievable story after another?

Why is it you are always the unlucky one? You might have more control over this than you think.

Yes, sometimes life throws curve balls. Tough ones. People do get into accidents, or get sick, or are victims of crime or childhood trauma. We lose loved ones, lose jobs.

Life is not easy or perfect. But difficulties help us learn and grow. We develop resiliency and gain clarity on what we value.

But if your luck is sour almost daily, or at the very least weekly? And there is a pattern to it? If it’s always, say, you that people let down, or you that gets lied to, or who constantly ends up with partners who aren’t what they seem?

It might be that you are the driving force behind many of your difficult experiences, not just life being life.

How are you creating your own bad luck?

How is it possible you are choosing bad things? Let’s look at how it works. 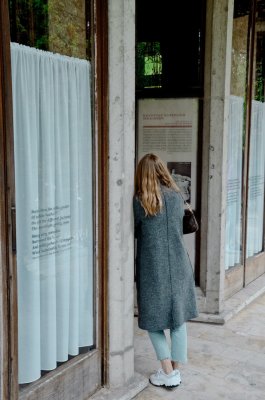 Our conscious thoughts are rarely what really drives the show. Sure, they get us from A to B. But it’s unconscious thinking that has the upper hand.

Our unconscious hides a belief system we’ve been developing since childhood. We tend to make decisions to prove the strongest of these beliefs, called ‘core beliefs’, as true.

If you grew up with support and unconditional love, you core belief might be, “I deserve good things.” You probably veer towards nice things naturally.

If, on the other hand, you didn’t get that unconditional acceptance and love? Or you experienced things like neglect or trauma? You might have what’s called ‘limiting beliefs’. These can look like:

2. So you make one bad decision after another.

Core beliefs can ‘blind’ us to opportunities, as we unconsciously choose the wrong things again and again or make life difficult, then we call it ‘bad luck’.

You will take a job you don’t really like, telling yourself ‘it will be fine’, only to be terribly unhappy and say “I had no idea it would be so boring, it’s just bad luck’. But you knew in the interview it sounded boring.

You’ll meet someone who makes you nervous but keep dating them. And later claim ‘they seemed so nice but who knew they were a narcissist’. And yet… you did. On that very first date, if you are honest with yourself, you were uncomfortable.  But ignored it.

Don’t believe your unconscious mind is really that powerful? Experimental psychologist Richard Wiseman spent ten years studying “the Luck Factor”. In one experiment, he gave people a newspaper, asking them to count the photos inside.

Those who felt they were lucky types were done in seconds, spotting a clear message two inches high on the second page of the paper, “Stop counting – There are 43 photographs in this newspaper.”

Those who felt they were unlucky? Missed the message and kept counting. And it gets worse. There was also a second large message half way through the newspaper that read, “Stop counting, tell the experimenter you have seen this and win $250.” Their minds tended to overlook both messages.

3. You are addicted to suffering and uncomfortable with joy. If we grew up in a household that was unstable, with a miserable parent or parents, or where we were constantly put through emotional or physical pain? Misery can actually be our comfort zone.

We secretly are suspicious of happiness or good luck. So again, we unconsciously veer towards the opposite, like messy relationships and hard situations.

4. You are doing the same things again and again.

You are always going on about how unlucky you are. It’s even the little things.

Every time you go to the grocery store, for example, you miss the markdowns you friend always get. (But you keep losing track of time and going late). Even the homeless man on the street yells at you (but you keep giving him dirty looks). And you can’t explain why you are so unlucky with money. Every month it runs out (but you’ve still never sat down and made a budget despite three friends telling you to).

You see how it works? We blame it on luck, when really we are stubbornly sticking to our rut and we don’t actually want to change.

5. You surround yourself with people who increase your misery. 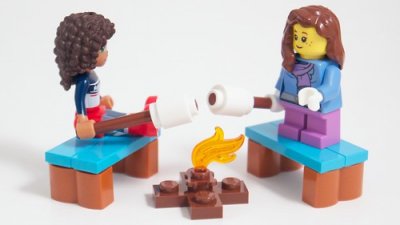 There is a joke going around that ‘you aren’t depressed, you are just hanging around idiots’. In one way it’s not a very funny joke. Depression is a very real debilitating illness. If you are a sufferer, it can strike out of the blue and very little can seem to budge it.

On the other hand, there is something true about how influenced we are by those we surround ourselves by. Misery is rather contagious.

Healthy connection, on the other hand — where we feel relaxed and able to be totally ourselves, and accepted for that — not only lowers depression but is shown by research to increase our health and longevity.

6. You have formed your identity around being a victim.

This can be a tough one to admit to. After all, you did experience a trauma. You are a victim. You deserve everyone’s sympathy!

But when did the trauma happen? What have you actively done to take care of yourself and heal from it ever since? Have you worked to heal? Or did you, somewhere along the line, get a bit too used to the sympathy talking about it gets you? And start to create your whole identity around the victim mentality? Constantly choosing new mini traumas to maintain your pipeline to other’s sympathy?

Feel that this idea is simply unfair? That your trauma is worse than everyone else’s? Viktor Frankl was a psychotherapist who suffered through the worst atrocities humankind has seen, that of a concentration camp. He survived and wrote a famous book, “Man’s Search For Meaning“, in which he wrote:

“We who lived in concentration camps can remember the men who walked through the huts comforting others, giving away their last piece of bread. They may have been few in number, but they offer sufficient proof that everything can be taken from a man but one thing: the last of the human freedoms — to choose one’s attitude in any given set of circumstances, to choose one’s own way.”

We aren’t all necessarily here to have one big clear life purpose we go after. But we are all absolutely capable of taking the time to weave purpose and meaning into all areas of our life.

Frankl attributed the fact that he got through life in a concentration camp without the broken spirit seen in other survivors to refusing to give up seeking meaning. ““In some ways suffering ceases to be suffering at the moment it finds a meaning, such as the meaning of a sacrifice,” he wrote.

But I can’t just choose to be lucky

Back to that ten year study on luck. It proved that actually, you can indeed choose to be lucky.

The research concluded that ‘lucky people’ actually generated their good fortune because of four basic principals:

Yes, pain, victimhood, unhealthy relationships, and misery are addictive. They can be a comfort zone. It can take real effort to move on, to learn positive ways of seeing and being, and can often involve a commitment to therapy or coaching. But to again quote Viktor Frankl:

“Forces beyond your control can take away everything you possess except one thing, your freedom to choose how you will respond to the situation.”

Are you sick of your ‘bad luck’ and ready to turn it around? We link you to a team of highly regarded London-based therapists. Or use our booking platform to source UK-wide therapists and online counselling.

Andrea Blundell is a the lead writer of this site. With some training in person-centered therapy and coaching, she has penned thousands of mental health articles. Find her on Twitter and Linkedin.

4 Responses to ““Why do I Always Have Bad Luck”? (Sometimes It Might Be You)”