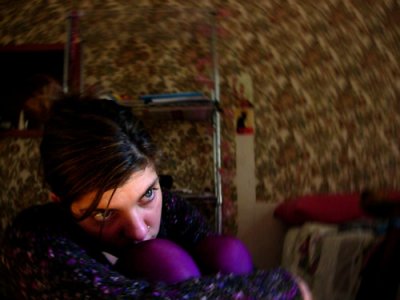 ‘Gender dysphoria’ is a term getting attention lately. But it’s only one use of the word dysphoria.

What is dysphoria, how do you know it’s your issue, and what can help if so?

To find the meaning of dysphoria, think about euphoria and feeling on top of the world. Dysphoria is its opposite. You feel despondent and life seems difficult. Or look to the Greek root of the word, which means ‘hard to bear’.

Wikipedia gives a definition of dysphoria as, “a profound state of unease or dissatisfaction.”

So dysphoria on its own is a word used in psychology to describe a state of being that can descend after a difficult experience. This could be a bereavement or breakup, or even something like drinking or drug use.

This state of being, if it continues, can then become a symptom of mental health issues like depression and sleep problems.

Finally, dysphoria can form part of a diagnosis or disorder, such as, again, ‘gender dysphoria’.

Uncomfortable. Dysphoria involves emotional distress, which can in turn mean you have physical symptoms.

Signs of dysphoria can include:

Depression is a mental health diagnosis that means you have consistently had low moods for several weeks or months.

Dysphoria on its own can be more short-lived than depression. And it can have a cause you can pinpoint, like a loss or bereavement. Depression, on the other hand, can seem to descend out of the blue. 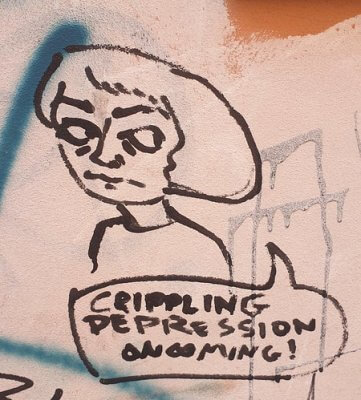 Dysphoria and depression could, though, be seen as siblings, with the low moods of dysphoria having the possibility to become depression if they continue.

What is dysphoria connected to besides depression? Many other issues and disorders have it as symptom, such as:

This means you feel uncomfortable and unhappy about your gender or sex. It could be you have a conflict between your physical gender and the gender you identify with. You can feel trapped in the wrong body, or you might just feel very anxious.

You always feel low and sad after sex. This might be because of biological wiring, or it could be caused by child sexual abuse . Otherwise it arises from having unwanted or consistently unsatisfying sex.

Premenstrual dysphoric disorder means that in the lead up to your period you don’t just feel a bit low, you have severe and uncontrollable mood swings that affect your daily coping and your relationships.

PMDD was not previously a clinical diagnosis in the UK. but it has recently been included in the World Health Organisation’s (WHO) diagnostic manual, the ICD-11. It is also recognised by America’s diagnostic manual the DSM-5 (you can read the DSM-5 criteria for PMDD diagnosis here).

The National Institute for Health and Care Excellence (NICE) talks about situational dysphoria in their ”Guide to Dealing with Depression in Children and Young People.” They describe it as “acute sadness and distress that may be encountered in children and young people following recent undesirable events”.

The social and environmental factors that cause situational dysphoria include things like homelessness, living in an institutional setting, and refugee status.

If there are two words that are easy to confuse, these two would be it. And gender dysphoria and body dysmorphia might be labels that could both be given to one person, in a ‘comorbid diagnosis‘.

Gender dysphoria again means you are not comfortable because the sex of your body doesn’t match the gender you feel you are. It’s not seen as a mental disorder, as it doesn’t cloud your ability to see clearly, but it can contribute to anxiety and depression. 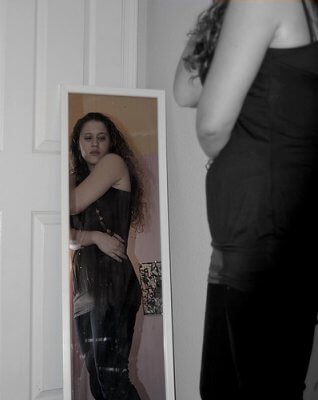 Body dysmorphia, on the other hand, means you have an unhealthy obsession with the idea that something about your body is flawed and shameful. It is a mental disorder in that it affects your perception of reality.

You might, for example, see a ‘funhouse mirror’ version of yourself, compared to what you body is really like. A common example here is an anorexic person who looks in the mirror and sees someone overweight.

Why is dysphoria a big deal?

Again, we can all experience a bit of dysphoria at some point in our lives after a difficult experience like a breakup, long-term illness, accident, or bereavement.

It’s important because it is a red flag we are struggling emotionally and mentally. And it can be a precursor to more difficult to treat issues and disorders. At its most serious, it can mean we are more vulnerable to suicidal thinking.

What do I do if I think I have dysphoria?

Consider a physical check up first , to rule out any medical issue. Dysphoria can be triggered by things like hypoglycaemia or medications.

Then it’s important to find some support. Do you have a trusted friend or family member to turn to?

If your low mood and feeling of hopelessness continues for more than six weeks, consider seeing your GP or booking with a private counsellor.

Suspect your dysphoria is part of a larger issue, such as gender dysphoria? Then it’s especially important to reach out for professional help. If you are under aged 18, read our article, “How to Talk to Your Parents About Mental Health and Getting Help.”

Worried about having dysphoria and need someone to talk to? We connect you to highly experienced counselling psychologists in central London. Or use our booking platform to find a UK-based registered therapist as well as online counsellors you can contact from anywhere.

Have a question about what is dysphoria, or want to share your experience of having dysphoria? Use the comment box below. Comments moderated to protect our readers.