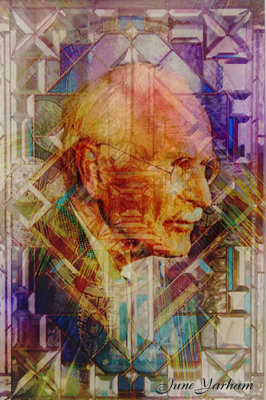 The collective unconscious was a radical concept in its time.

Created by Carl Jung, it was the idea that separated Jung from the theories — and ultimately friendship – of Sigmund Freud.

While the alliance between Freud and Jung didn’t stand the test of time, Jung’s idea itself ultimately did, and the collective unconscious arguably became his most important contribution to psychology.

Although now couched in other theories and rarely attributed to Jung, the ideas first set forth by the collective unconscious are now an acceptable and highly useful part of many different kinds of scientific thought.

What is the collective unconscious?

Jung proposed that the collective unconscious is a layer of our unconscious mind we come into this world containing, that connects each one of to the history of thoughts and behaviours of all of mankind.

The idea crystallised for Jung after a dream that the was in a house, with the first floor well decorated and organised (conscious personality), then the ground floor more medieval and dark (personal unconscious), and finally a basement with signs of primitive culture and with ancient skulls in it (collective unconscious).

A modern analogy could be to imagine the collective unconscious rather like an inherited ‘database’, or like the computing ‘Cloud’. It is a vast field of information going back to ancient times that we can all access should we so need, and that allows us to have experiences that are typical of humanity.

What does the collective unconscious contain?

The collective unconscious contains what are called ‘archetypes’. 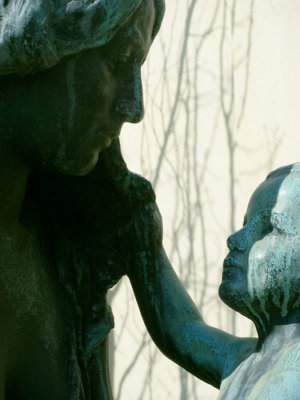 Archetypes are universal concepts we seem to instinctively know, or what Jung described as “identical psychic structures common to all”.

Archetypes mean that we can have the same thoughts and ideas as other people we have never met even though they come from an entirely different background and culture.

An example would be the mother child relationship. Nobody tells us what a mother is, but we react in a certain way to a mothering figure, regardless where we were born in the world or what our culture, religion, or race is.

If this is all true, then why are we not perfectly intelligent and more alike?

For starters, it’s in the word ‘unconscious’ — the collective unconscious, works in a way that is beyond our mental control.

The archetypes contained in the collective unconscious are also essentially dormant. As Jung said, they can be seen as “the deposits of all our ancestral experiences, but they are not the experiences themselves”.

Like blueprints, archetypes only become experience when we unconsciously choose to act them out, triggered by something that happens to us, like a challenge or life crisis. And because what happens to each one of us is unique, we will use and manifest parts of the collective unconscious in a way that is individual as well.

Why did Freud hate the idea of the collective unconscious so much?

It’s not that Jung didn’t share Freud’s idea that personal experience shapes us. It’s just that he didn’t believe, as Freud did, that we arrive like a blank slate into the world and are only a product of our experiences, meaning each thing in our psyche is unique to us.

Jung found this viewpoint limiting and decided we arrive into the world with the collective unconscious already in place. We have an ‘archetypal potential’ that we can choose to activate and develop or not.

How did Jung come up with the idea of the collective unconscious? 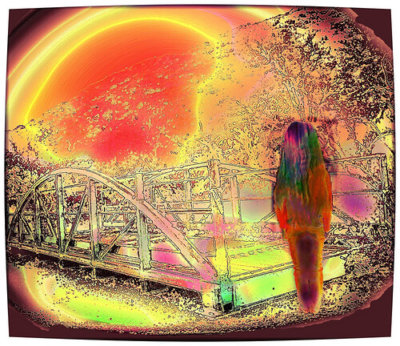 Dreams played a big part in Jung forming his theory of the collective unconscious. From childhood he was fascinated by an instinct that he was connected to something bigger than himself, and he noticed that his dreams contained things were beyond his own knowledge and experiences.

Later, Jung worked in a psychiatric hospital where he had the chance to study up close patients with schizophrenia and make his observations scientific. He noticed that within the hallucinations and delusions of his patients were images and symbols that were bigger than their possible personal experiences, and even had mythic proportions.

Was it a crazy idea, or is there some truth to it?

Similar theories to Jung’s are now respected in modern branches of psychology and science, meaning that Jung’s idea was ahead of his time.

An example is ethology, a behavioural biology that involves studying animals in their habitats. It has been discovered that every species contains encoded in it’s central nervous system what is called “IRMs”, innate releasing mechanisms. These are seen as an inherited set of behaviours that become active when faced with the right stimulus. An example of this is baby gulls, who see the red spot on their mother’s beak and peck at it so she gives them food.

So how is the collective unconscious of any use to me?

Jung felt we can directly access the collective unconscious via our dreams. We can remember our dreams, look for the archetypes, then interpret the wisdom the archetype offers. For example, if we dream of an old man talking to us, we can decide it is a sign we are on the right track in life and approaching our personal inner wisdom.

The collective unconscious is also a way to feel connected, instead of separated, from others in the world. We might come from different places and viewpoints, but we all long for a mother, feel fear when we think of death, and seek out heroes. And we all dream in archetypes at night.

Do you still have a question about Jung and the collective unconscious? Or want to share a viewpoint? Use the comment box below.

12 Responses to “The Collective Unconscious – What is It, and Why Should You Care?”