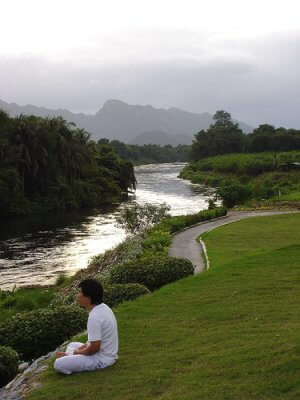 Psychotherapy is not something that is set in stone.

Like any field of thought or science, psychotherapy is constantly changing and being added to.

What is third wave therapy? It is the next popular movement in Western psychotherapeutic thought.

What is a ‘wave’ in psychotherapy?

With new research, new ways of working with clients are found.

Often these new ways of working are in reaction to the popular therapy at the time, and to what is deemed to be limiting with that approach.

When enough people begin to support and research a new way of approaching psychotherapy, then another movement of therapy arises, or what some call a ‘wave’.

Waves, if they grow big enough to differentiate themselves entirely, can settle into being a new psychotherapeutic approach.

The ‘third wave’ in psychotherapeutic thought

To date, there have been three main approaches that have emerged since Freud and his ideas of psychoanalysis. These are psychodynamic, humanistic, and cognitive.

It might sound a subtle shift, but let’s look at what the implications of this shift might be. 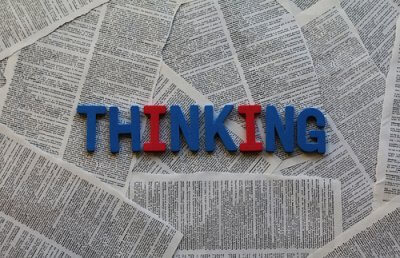 Before we can understand what the third wave is, we need to go back a step and understand the cognitive approach.

Remember, therapy is not static. So although nowadays cognitive behavioural therapy (CBT) troubleshoots the ways we think, this wasn’t always the case.

It can help here to see therapy as a toolbox. Inside that toolbox you’ll find a set of tools, or ‘interventions’. These tools can change, depending on what is found to be most effective. (And when the tools get too different, a new toolbox is required to fit them – hence a new ‘wave’).

With the cognitive approach, the focus was actually originally on looking at changing your behaviours. The idea was that it is negative behaviours that cause us upset, and by changing behaviours then life would get better. Behavioural interventions are still a part of CBT therapy.

But since 1970s the main focus shifted to how we think. Maladaptive thinking, or ‘cognitive distortions‘, lead to low moods and dissatisfaction in life.

The classic CBT way of seeing  can therefore now be summed up as  ‘thoughts lead to feelings lead to behaviours’.

CBT vs The Third Wave

In the last decade, more and more cognitive therapists have been integrating tools that are not about thinking per se. They are more about going beyond just thoughts to a bigger picture.

CBT focuses on ‘dysfunction’. What are the negative thoughts and behaviours that need to change? In this way it can be said to have a ‘pathological’ focus and be about elimination. What needs to be removed so you can feel better?

Third wave therapies, on the other hand, are interested in helping you be more at ease with yourself and the world. The focus is less on removing what is, or seeing it as ‘flawed’, but on adjusting the ways we see and feel about what is.

It aims to see the bigger picture, and where we place ourselves in that bigger picture. Instead of  looking for what needs to be removed or eliminated like CBT, the third wave approach suggests we look at the context. Is there even a ‘problem’? Or is the way we are seeing, responding to, and resisting the problem that makes it a problem at all?

Third wave therapies are also not just seeking to just ‘solve a problem’ like cognitive therapies. They are more about processes. What is the process of becoming a happier, more whole person? Instead of just ‘reducing symptoms’, how could you develop skills that would help you navigate more effectively?

The idea is that by seeing the entire picture of well-being, our problems tend to solve themselves as a side benefit.

So differences the third wave brings could currently be suggested as:

What therapies are third wave therapies? 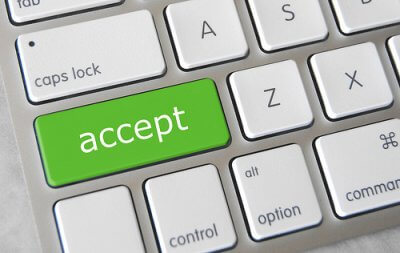 Nowadays, given the huge amount of psychotherapeutic approaches on offer,  many counsellors and psychotherapists train in more than one type of therapy. They can then create a bespoke approach to meet their clients’ needs. This is called ‘integrative therapy‘.

So a therapist might very much use third-wave tools like mindfulness and acceptance, but not be using just third wave therapies or advertising themselves as offering one of the following therapies.

This said, the types of therapies that are considered third wave therapies now include:

How can I find a third wave therapist?

You can start by looking for a therapist that uses one of the approaches offered above, or calls themselves an integrative therapist.

Or look at the tools they mention in their profile. Do they discuss mindfulness? If you have found a therapist you like the sounds of but they don’t mention any third wave tools, then ask them.

Many CBT therapists now integrate third wave thinking into their approach, so it’s worth having a conversation about.

Would you like to try a third wave psychotherapy in London? Harley Therapy connects you with therapists in several central London locations. Not in London? Our new site now puts you in touch with Skype therapists across the UK.

Still have a question about third wave therapies? Ask in our public comment box below.