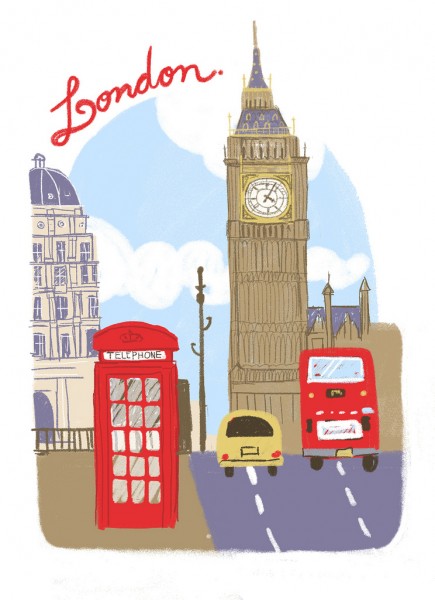 London, psychotherapy, and a good day out – who knew? The city hosts an eclectic range of museums exploring the development of psychoanalysis, psychology, and related disciplines, as well as the history of London psychotherapy practitioners.

Here are six places to visit on your next trip to London that can broaden your understanding of mental health, mental illness and mental care.

This is without doubt the must-see when it comes to London psychotherapy museums. “A fascinating cult site, a place of mythic memory, a shrine, a monument, a haunted house,” so begins Marina Warner’s introduction to the Freud Museum in Hampstead.

Sigmund Freud always had a penchant for London, in spite of “the fog and rain, the drunkenness and conservatism” not to mention (still in his own words!) “the many peculiarities of the English character”. It was, however, in the most traumatic of circumstances that the father of psychoanalysis landed in the capital in 1938, escaping the clutches of Nazi Austria.

Soon after arriving in London, Freud settled at 20 Maresfield Gardens, and it was in these brick, revivalist-style surroundings (which Ernst, his youngest son, helped to renovate) that he was to spend the last year of his life. It was here, too, that Freud’s daughter Anna practised as an analyst for over four decades after her father’s death.

Even as he struggled with cancer, Freud opened Maresfield Gardens not just to fellow analysts (such as Melanie Klein) but also to figures from the world of literature (Leonard and Virginia Woolf, H. G. Wells) and art (notably Salvador Dali).
Although the museum may well be a “shrine” for some, it also energetically reflects the liveliness of Freud’s mind. Visitors can admire the outstanding collections of books, paintings, antiquities, rugs and furniture that dominate every corner of the house. And Freud’s consulting room – and, yes, his couch – are still in situ, objects of awe and wonder that feel so familiar somehow.

The Freud Museum also hosts conferences and courses on a regular basis, so do check their website for further details.

Despite its Kent address, the Bethlem Royal Hospital is found in the London suburb of Bromley. Founded in 1247, it is one of the world’s oldest institutions dedicated to caring for people with mental health difficulties.

Bethlem’s first home was on the site of what is now Liverpool Street Station, which (some might say) seems appropriate, given that the hospital’s nickname – Bedlam (a “colloquial contraction” of Bethlem) – is a byword for pandemonium. Bethlem remained in Bishopsgate for 400 years until moving to Moorfields and then on again, in 1815, to Southwark. But that building metamorphosed into the Imperial War Museum when Bethlem upped sticks again in 1930.

Bethlem’s current home in this south-eastern suburb of London is a modern campus. It’s a world away from the days when the hospital was a central feature of the capital’s tourist trail, with visitors paying to goggle at the “lunaticke people” and “people that bee distraught in wits”. Long gone, too, are the once-celebrated stone figures (by Caius Gabriel Cibber) known as “Raving Madness” and “Melancholy” that adorned the gates of the institution in the 17th century.

Bethlem now houses a small museum that investigates the hospital’s extraordinary history, as well as a gallery that boasts a renowned collection of art designed “to showcase the inspirational talents of artists who have experienced mental health difficulties”.

Ever wonder what help was offered by doctors to mental health sufferers before the advent of psychotherapy? Well why not see the original ‘tools of the trade’ first hand on display at the Royal Pharmaceutical Society – bleeding bowl, anyone? (Inducing blood from a patient thought to “restore balance”). Or how about some powdered rock crystal for that melancholy?

Established in 1842, the Royal Pharmaceutical Society Museum has a collection of around 45,000 objects to do with the history of healthcare, and their display on “Melancholia and Mania” covers treatment from the Middle Ages onwards.

Intrigued? You can learn more from their online guide to Melancholia and Mania.

4. The Institute of Psychoanalysis

The home of the British Psychoanalytical Society since 1924, the Institute not only trains psychoanalysts it holds weekly public lectures and events (go to their special event site for info, Beyond the Couch) and is known for its library.

The library of the British Psychoanalytical Society houses one of the most notable collections of psychoanalytic material in the world. There are nearly 22,000 volumes that date from the mid 19th Century to the present day. They own books from the private collections of Ernest Jones, James Strachey and Donald Winnicott.

(183 Euston Road, NW1)
One of the best free museums in London housing one of the most well known medical-related collections in the world, the Wellcome Museum is bound to amuse and fascinate. It all began with Sir Henry Wellcome (1853-1936), a pharmacist, philanthropist, and collector whose passion for all things medicine led him to collect over 1 million objects!

The museum’s subject matter is not focussed on the mind but rather the connections between medicine, life and art. But there are often exhibits related to the brain and neuroscience, so it’s always worth a check.

If that doesn’t appeal to a psychology fan, the famous Wellcome Library certainly will. Not only does it possess important archives and manuscripts (with material on and about Jung, Klein and Bowlby), it also promotes informal “insight sessions” on the history of medicine and offers well reputed tours.

6. The Royal Society of Medicine

Speaking of libraries, the Royal Society holds The Diamond Collection, a unique collection of 22 photographs of psychiatric patients. It also offers access to databases that cover psychological practises and research from 1806 onwards.

The Science Museum also has a rich permanent collection of objects related to the world of mental health and illness so it’s worth a poke about.

Events about Psychology and the Mind in and Around London

Very keen to deepen your knowledge of the human psyche? The capital also boasts a vibrant agenda of exhibitions and events. It pays to check the websites of the venues listed above as well as checking London’s guide to what’s on, Time Out.

Enjoyed one of the above venues and want to share your experience? Or know of something to do with London psychotherapy venues we’ve missed? Comment below, we love hearing from you!

2 Responses to “7 London Psychotherapy Museums and Libraries to Explore”