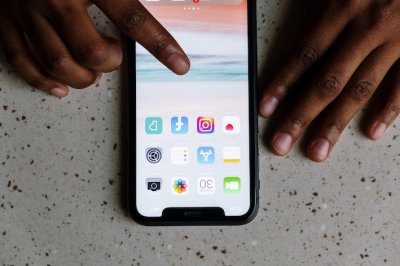 Social media has become an essential part of modern life, allowing us to keep in touch with the ones we love, discover new connections, and build a sense of community across the globe. But we all know that it isn’t without its downsides.

According to The Royal Society for Public Health, rates of anxiety and depression in young people have risen 70% in the past 25 years, matching the rise of the internet and social media. And multiple studies have certainly found that social media and mental health do have a strong link.

Like for many, social media was once a central part of my everyday life.  It wasn’t until my mental health took a turn for the worse that I began to wonder whether social media was causing me more harm than good.

Now, going several years without it, there’s a big difference from the person I once was. But how much did quitting social media help towards actually benefiting my mental health?

It all started out so innocently…

Throughout my teens, social media was still a new phenomenon, with additional platforms such as Twitter arriving on to the scene. 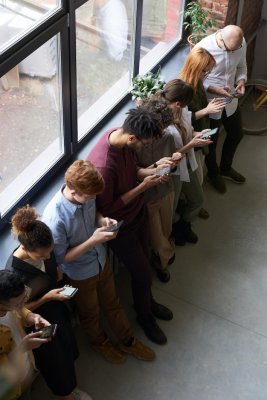 Photo by Fauxels from Pexels

The most fun and exciting aspect of it was keeping up with my friends. Despite spending the majority of my day with them at school, I’d immediately be logged onto my laptop and into Facebook as soon as I arrived home.

But then social media became easier and faster

By the time I started attending college, most platforms evolved into apps, making it easier to use. I never had to log out, with Facebook and Twitter being one tap away in my back pocket.

With the arrival of apps such as Instagram and Snapchat, there became even more interesting ways to share snippets of our lives.

My eyes were glued to my phone screen, convulsively checking for notifications and updates every two seconds. There was so much content, and I didn’t want to be left behind. I needed to feel ‘in the know’.

And now research tells me why the addiction was starting

While social media feels like mindless fun, research shows that it has a significant effect on the brain.

With likes, comments and other forms of interactions, it can activate the brain’s reward centre, releasing a feel-good chemical known as dopamine. This is also the main chemical involved in addictions, associated with desire and pleasure.

Every time I came down from the slight buzz of an interaction, I’d frequently feel the overwhelming urge to revisit the apps for more, bouncing from one platform to another.

After a while, I began feeling a shift in myself and started increasingly suffering from low moods. Despite how much I tried to suppress it, I couldn’t shake off the feeling of despair. It only caused me to withdraw further into myself.

Eventually, my social life began declining and I struggled to connect with my peers. 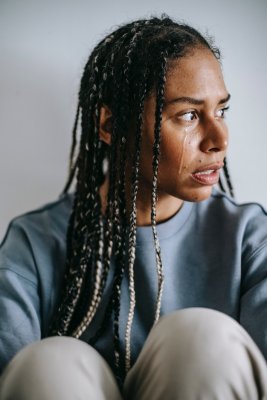 I reached out to my doctor and I was put on antidepressants. My only aim was to return back to a sense of normality before leaving for university. For me, social media felt like the closest thing I had to that.  It helped me sustain a sense of connection. As someone who is naturally introverted, it also allowed me to express myself in a way that felt challenging to do in person.

After two years of being on medication, there was no improvement in my mood. Between adjusting to life at university and workload stress, my symptoms of depression were worsening.

This fuelled my use of social media, as it became a form of distraction from my unpleasant thoughts. This proved to be an unhealthy coping mechanism, as I would end up addictively scrolling for hours on end.

I didn’t feel as though I could help it. And with every post and image I consumed, I questioned my worth. This stemmed from the constant comparisons to highlights and filtered images.

The dangers of social comparison

Research also now shows that comparing ourselves negatively with others on platforms such as Facebook contribute to the risk of rumination (negative and addictive overthinking). And this increases the symptoms of depression. It can all end up a negative, self-perpetuating cycle.

Which was definitely true in my case. The worse I felt, the more I scrolled. It only led me further into a never-ending loop.

By the time I graduated from university, Facebook resembled a status symbol among my peers. It became a platform reserved for successful job updates and happy announcements. My profile became inactive as the thought of posting anything gave me anxiety. My life felt too unworthy to share.

I had never even thought of leaving my social media life

Despite how social media was making me feel, leaving it never felt like an option. I was worried that I’d be out of touch with the world without it, and felt consumed by the fear-of-missing-out, otherwise known as FOMO.

Ultimately, I reached a point where I felt so inadequate that it led to me having an emotional breakdown. While I wouldn’t go as far to blame social media itself, I do believe it enhanced my current struggles with my mental health and self-esteem. Not only did my symptoms of anxiety worsen, I also never felt more alone.

That’s when I made the liberating decision to take a break and deactivate my profiles on the apps.

Did deactivating my profiles help? 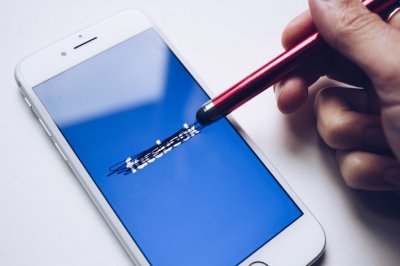 Initially, the decision to deactivate my profiles left me feeling anxious, much due to that FOMO. But with the apps gone, I could no longer scroll for proof to validate my fear of being not good enough.

To my surprise, the uneasiness quickly fell away, and was replaced with a sense of liberation. It was as though a tremendous amount of pressure had been lifted.

Day by day, I began to feel an improvement in my mood. I didn’t feel as overwhelmed as I usually did, especially in the morning as I used to spend the first hour in bed scrolling on Instagram. For the first time in years, my mind had a sense of mental clarity. Without being bombarded with unrealistic expectations, I wasn’t clouded by the usual repetition of negative thoughts.

Would research support my feeling better without social media?

According to a landmark study carried out by the University of Pennsylvania, reducing your social media use can significantly improve wellbeing.

The findings revealed that students who limited their use to just 30 minutes a day showed a decrease in symptoms of anxiety and depression.

As I stepped into a better headspace, I began to reflect on my relationship with social media. It allowed me the time to put everything into perspective.

The results made me entirely delete my accounts

I couldn’t believe how much more comfortable I felt within myself compared to before. The addictive nature of social media still made me question, from time to time, whether it was worth returning back to. But then I would remind myself that I was pushed to my emotional limits.

I didn’t want to find myself stuck in the same behavioural cycle that made me so unhappy. I concluded that it was best to prioritise my wellbeing and I actually chose to properly delete all social media accounts.

And now, several years later, how do I feel?

Now, a couple years later, I couldn’t be happier that I backed out of that world when I did. Turns out I don’t miss it. These days I keep a profile on Linkedin for my career, and that’s it for me.

And while I can honestly say quitting social media clearly helped my wellbeing, I don’t consider it a necessary step for everyone to take. Simply taking a break or limiting your use can make all the difference, allowing you to put your thoughts and feelings into perspective.

The key is to be mindful of your usage and how it makes you feel, especially if you’re struggling with your mental health like I was. Keep remembering that the choice to walk away is always yours.

Worried that you are addicted to social media or screen time? Or just can’t be yourself anymore? We connect you with some of London’s best mental health experts. Or use our online platform to source UK-wide registered talk therapists today.

Still have a question about social media and mental health? Post below.

Claudia Cole is a London-based writer and journalist. She is passionate about sustainable living, mental health, and wellbeing.