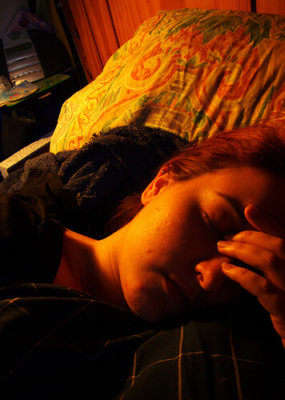 Most of us, barring a lucky few who drop off no matter what, tend to experience stress-induced sleeplessness at some point in our lives.

But when do sleep problems go from a normal experience to a sign you should be concerned?

[Not quite sure what a sleep problem is? Read our comprehensive Guide to Sleep Problems].

Research shows that if you do suffer often from sleeplessness, you are more prone to developing certain mental illnesses.

In a study led by researchers from the University of Michigan, for example, it was found that those who did suffer from insomnia were four times more likely to then develop depression.

And sleep problems are far more prevalent in those who have psychological health issues as well.

Harvard medical school in America offers the statistic that while up to 18% of adults suffer with sleep problems, up to 80 per cent of patients with mental health issues suffer from chronic sleep trouble.

What mental health conditions are related to sleep problems?

As mentioned, depression often comes hand in hand with sleep disorders. Other mental health issues that can involve sleeplessness are the following:

But is my sleeplessness causing poor mental health – or vice versa?

While it is confirmed that mental health challenges and sleep challenges tend to come hand in hand, it’s often hard to tell if sleep issues are a symptom or a cause. Scientists suspect a common cause for both in the brain, but have yet to pinpoint where this is and how it works.

So in many cases it’s left a ‘chicken or egg’, mutually contributing situation. For example, depression often causes sleeplessness. But then again, not sleeping does make you more emotional, so could be also causing depression. 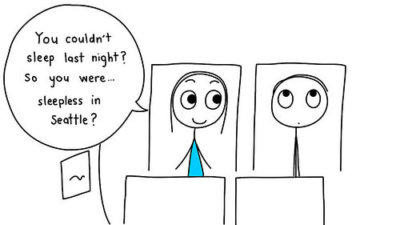 What is certain is that sleeplessness makes it even more difficult to manage a mental health issue. Sleeping gives you resilience. But not sleeping leaves you more emotionally vulnerable, prone to negative thinking, less able to think clearly, and even more sensitive to pain.

So it’s possible that sleeplessness can turn a small mental health issue into a bigger one, such as exacerbating anxiety into an anxiety disorder, or low moods into depression.

How do you know if your sleeplessness is in the normal range, or is a sign you are suffering a psychological issue or are increasingly at risk of developing one?

1. Look at what is the probable cause of your sleep problem.

The following are normal causes of occasional sleeplessness – 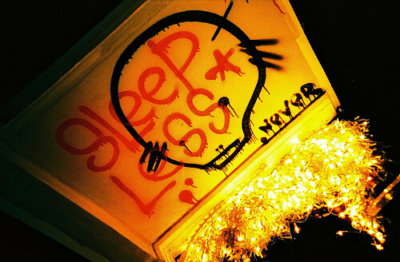 2. Rule out medical conditions that could be causing sleep issues.

Have you started a new medication recently? Is there a chance your hormones have changed, such as pregnancy or menopause? Have you had your thyroid checked?

3. Then consider how long your sleep problem has been going on for.

If it’s occasional, a night or two here and there, it’s not likely related to anything more than stress. But if your sleep problem has been going on for several weeks or more and seems to be getting worse over better, or affecting your moods, it might be that your sleep issues are rolling into a bigger problem and it’s time to speak to your GP.

Even if your sleeping issue began with what seemed a logical reason, such as one of the above, if it ongoing and is affecting your moods it’s a good idea to seek advice.

Don’t think that just because you can sleep a bit, you don’t have to worry.

Insomnia- difficulty falling asleep or staying so – is only part of the wider category of sleep problems related to mental health issues that can also include the following:

Can therapy help my sleep problems?

If you are experiencing sleep issues, there are things you can do by yourself, such as practising good sleep habits and upping your self-care regime, or trying relaxation techniques like mindfulness and progressive muscle relaxation.

But in many cases talk therapies are indeed a helpful addition when it comes to sleep problems, especially if your sleep is affected by worries, anxiety, or racing thoughts.

Therapy can also help if your sleeplessness is caused by a life change it’s hard to handle by yourself, such as losing a love one the demise of an important relationship. A therapist can help you understand how you are feeling and make a plan for moving forward that means you feel more relaxed.

And if you are finding a small sleep problem has rolled into a bigger one because you are now actually anxious about sleep itself (more common than you think), then you might want to consider cognitive behavioural therapy (CBT). A shorter term form of talk psychotherapy, CBT can help you change negative thought patterns about sleep in their tracks.

Have you found that sleep problems made your mental health worse? Share your story with others below.