Depression – more common than you think? 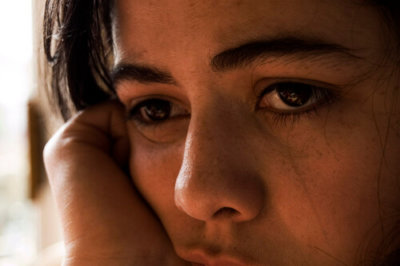 The World Health Organisation estimates that 350 million people are affected by depression worldwide, and sadly, many who suffer don’t seek help. Over 800,000 people commit suicide each year. Suicide is in fact the second leading global cause of death for the age range of 15-29.

So what is the latest research showing as the driving force behind depression? Stress and depression are being increasingly linked.

(Not sure how stress and depression are different? Read our article “Stress vs Depression – Do You Know the Difference?“)

The Monoamine Theory – Do Antidepressants work as well as we thought?

For half a century, many psychologists and psychiatrists believed in the so-called “Monoamine Theory” which states that depression is caused by the deficiency of such neurotransmitters as serotonin and norepinephrine. As a result, one of the main ways of treating depression has been antidepressants that aim to increase the levels of these neurotransmitters in the brains of depressed individuals.

Recent studies show, however, that the Monoamine Theory might be overly simplistic. First, it was noticed that not all the patients benefited from these drugs. And it was discovered that reducing the amount of serotonin in the brain only caused depression-like symptoms in people with personal or family histories of depression.

This led scientists to question the long held belief that depression was only a “chemical imbalance” and they began to investigate how people at risk for depression might react to stress.

It’s now recognised that people who suffer from depression are more likely to perceive a situation to be stressful, and that they also respond to stress with greater intensity than average people.

(Curious if you are stressed, depressed, or both? Take our test and find out now).

Your Brain on Stress

When a person feels that he is in some kind of danger – whether this danger is real or imagined – his body produces a “fight-or-flight” stress response that aims to keep that person alert and able to react to the dangerous situation at a moment’s notice.

So in some cases stress can be a good thing, helping you to improve your performance.

So then why does stress cause depression?

Chronic stress, on the other hand, becomes problematic and lead to low moods. Since feeling fearful can help a person survive in a stressful situation, this emotion dominates during fight or flight episodes. So if you are chronically stressed, you also chronically feel fear, which makes good thoughts hard.

This is made worse by the fact that the brain, when put into fight or flight, does what it can to help you react quickly because in a survival scenario, say, if you were running from wild animals, that would have saved you. It does this by pushing aside all your high-level brain processes and just keeping simple processes functioning well. Unfortunately this means your reasoning capability is lowered. So when you do feel bad, you are less able to talk yourself out of it.

And to top it off, the brain aims to keep emotions at a constant level, again to leave you less distracted and more able to survive. Remembering that the dominant emotion you’ll be feeling is distressed and fearful, then it’s hardly any wonder ongoing stress can make anyone feel blue.

Is chronic stress even harder to handle if you already suffer depression?

Things are even worse for people who are genetically prone to suffer from depression. Recent studies have shown that depressed people typically have higher levels of the stress hormone called cortisol in their blood than average people. This was found to be true when these people were not in a particularly stressful situation. Their brains were seen to be reacting as if they were attack all of the time, resulting in emotions like fear and the inability to feel joy.

Worse yet, a 2006 study carried out at the University of Texas found the dopaminergic reward system, which helps you feel pleasure, also does not function properly in people who are at risk for depression. They tend to see even mildly negative events as highly stressful and experience less pleasure and joy in all activities as a result.

And then there is the hippocampus. An area of the brain that has the important job of regulating moods, learning, and memory, it has been suggested that stress can cause structural changes in this brain area. And the longer a person has suffered from depression, the smaller the size of his hippocampus seems.

Other research shows that depressed individuals have less synapses that connect brain cells to each other in the cortex.

Combined, these findings provide a partial explanation why already depressed people might then spiral into major depression when stress hits.

What Can I Do if I am Depressed and Stressed?

If you have already suffered mild depression or a bout of major depression, or have a history of depression in your family, it’s a good idea to practice regular stress management techniques. Evidenced techniques for stress that therapists do recommend include mindfulness, visualisation, regular exercise, and progressive muscle relaxation.

If you are finding life suddenly stressful, also consider reaching out for support soon, as opposed to waiting until you spiral into major depression. This might mean seeing your GP, or booking a session with a counsellor or psychotherapist. If cost is an issue, try reading our piece on low-cost counselling.

And again, if you want to know if you are stressed, depressed or both, we have a test you can take for free that will let you know immediately.