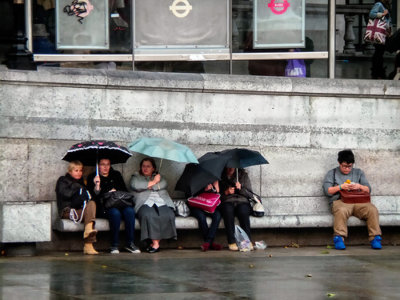 Codependency, the habit of gaining your self worth from pleasing others, is something most people know of nowadays.

But it’s lesser known opposite, called counterdependency, can be just as much of a problem and is often related to codependency.

In fact sometimes a person will switch from one extreme to the other in a relationship, becoming counterdependent after months or years of codependency.

So what is counterdependency? In many ways, it’s really a fancy word for fear of intimacy. Those who suffer counterdependency have a dread of ever depending on or needing anyone, at heart of which is an inability to trust. If there was a mantra that all counterdependents have, it would probably be “I don’t need anyone.”

Counterdependents can often come across as vibrant, ‘life of the party’ sorts, or be the kind who have many friends and relationships. The difference is that those relationships will not be deep and trusting, and might not last.

So one of the main signs of counterdependency is an inability to have connected and authentic relationships. This involves:

Because a counterdependent seeks to avoid anyone getting close enough they are tempted to depend on them, communication becomes tempered by lack of trust, which manifests as:

Why is counterdependency such a big deal? First of all, it can cause intense (if often well hidden) feelings of loneliness. This can often spiral into depression and anxiety. If it isn’t the loneliness that causes severe low moods, it’s often the hidden low self-esteem that counterdependents suffer from, which is one of the leading pathways to major depressive episodes.

There is also the possibility of developing grandiosity or even narcissistic personality disorder. Clinging to the notion that you don’t need others or that others are not ‘good enough’ to understand you can mean you develop an inflated sense of being superior, which taken too far can mean you lose empathy for others entirely.

What do counterdependent people think? 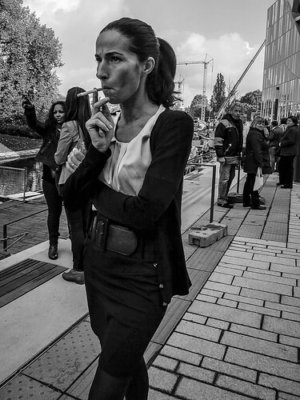 The connection between codependency and counterdependency

A codependent appears to be the opposite of a counterdependent person. They believe that they need another’s attention to have any self worth, and tend to manipulate by their smothering attentions to their partner.

Although it might sound like the last person a counterdependent would choose to be involved with, it’s actually a very common match. A counterdependent person will initially be attracted to the codependent’s apparent show of understanding and warmth.

Why are codependents and counterdependents so often in relationships together? Because underneath a counterdependent person’s belief they don’t need anyone ais a deep desire to finally be able to let their guard down and fully trust and love another.

Because codependency and counterdependency both revolve around needing others, whether that is wanting or avoiding, it’s not uncommon for partners in a ‘dependency based ‘ relationship to switch roles.

A common example is when after years of constantly seeking out and desperately needing another’s attentions, a codependent finally gains the courage to step away and stand on their own to feet. Not used to such a move, a codependent often overdoes it and goes cold on the other person or shuts them out, acting like a counterdependent. This often see the other person who usually is emotionally aloof (counterdependent) suddenly panicking to lose all the attention they are used to and becoming needy (codependent). This ‘push pull’ dance can go back and forth indefinitely.

Counterdependency often develops as an adult from the result of happenings in your childhood.

This could be childhood trauma. Something might have happened that instilled a belief in you that others can’t be trusted, and that it is dangerous to need them. This might have been a parent leaving, a person close to you dying, abuse, or a tragedy befalling your family.

But counterdepedency could also arise from the kind of parenting you received from your main caregiver during the beginnings of your childhood. 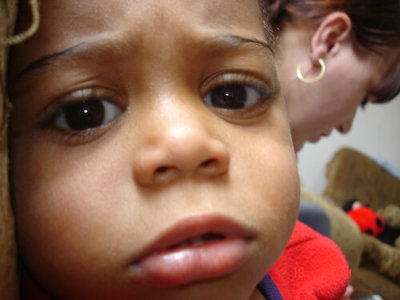 Called ‘attachment’, the connection a child forms with this caregiver the first few months and years of life is very important, determining how they will relate to the world and others in the future.
“Attachment theory” sees a healthy attachment, where parents are sensitive to the needs of their child, meaning that the child is likely to grow up able to manage their emotion, be confident in themselves, and handle relationships well.

But your parental figure was not emotionally available, was unreliable or unresponsive to your needs, pushed you to be more independent than a child should have to be, or even was dangerous to you, subjecting you to emotional or physical abuse, then you will develop what is known as “avoidant attachment” or ‘anxious attachment’ style.

Even though a child should be able to need a parental figure, a child in such a situation will suppress his or her reliance on the caregiver and not turn to the parent when upset, suffering, or needing comfort. In other words, you decide at a very young age that it is too dangerous to trust your caregiver, and work to not attach to them.

Of course as a child this is a survival tactic that might help, and helps you avoid unwarranted rejection or punishment. The problem is when you continue to use this survival tactic – not allowing any dependency on others in order to keep yourself ‘safe’ -well into your adulthood without questioning its relevancy.

This translates into becoming an adult who doesn’t trust others to be for them, thinks they can take complete care of themselves without help, and who might secretly be very lonely indeed.

This is why one definition that is given to counterdependency in psychology circles is ‘the refusal of attachment”.

So what is it I should aim for instead of counterdependency?

A healthy person does not either need people all the time or never need them. Rather, they understand what is called interdependency.

Interdependency is when we acknowledge that we can take care of ourselves, and desire to be in charge of our lives, even as we allow ourselves to be interconnected with others and rely on them for some things.

What do I do if I think I’m a counterdependent?

Therapy is recommended if you find that counterdependency has made it hard for you to fully be yourself around others or engage in long lasting, supportive relationships. Many kinds of psychotherapy can help.

Long term suggestions include psychodynamic psychotherapy (looking at your past for patterns affecting your future) and existential psychotherapy (exploring your personal world view and unique experiences) and person-centred psychotherapy, which focuses on your potential for growth and change.

A good short-term option could be dynamic interpersonal therapy (DIT) which focuses exclusively on how your relationships are affecting your wellbeing.

Would you like to share your experience of being a counterdependent? Do so below, we love hearing from you.