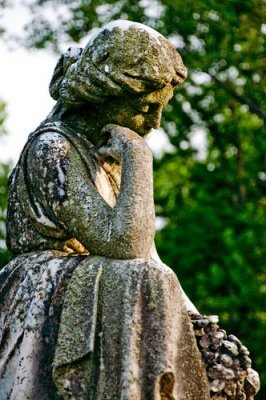 We might say we feel melancholy as we’ve read the word in a novel. And it somehow sounds like the pit of sadness we feel.  But what is melancholia, really?

“But it is a melancholy of mine own, compounded of many simples, extracted from many objects, and indeed the sundry contemplation of my travels.”― William Shakespeare, ‘As You Like It’

Melancholia has long been a popular concept in literature, from Keats and Shakespeare to modern writers like J.M. Coetzee.

But note that melancholia is no longer a diagnostic term. It was used as a medical description for intense sadness for hundreds of years, only to be delegated as a subtype of depression in the 20th Century, and then dropped completely.

The history of melancholy

Aristotle and his peers (yes, melancholia goes right back to the ancient Greeks) named melancholy as one of the four ‘temperaments’, the personality types then connected to the four main bodily fluids.

For the Greeks, depression arose from  the spleen and the bile it produces. What is melancholia in translation? Greek for blackness of the bile, melaina chole.

The fight to keep melancholia

When the current version of the DSM was published, the DSM-V, the fact that the subtype of ‘endogenous (melancholic) major depression’ had been left out was met with fury by some medical professionals.

For example, a paper authored by a united front of sixteen doctors fought that melancholia was historic, and has distinctly specific psychopathological features. This included that it responded differently to specific treatment interventions (tricyclic antidepressants). They felt the term deserved recognition “as a separate identifiable mood disorder”. Nevertheless, it remained left out.

It’s debated. There are certainly many similarities, and one can also fight over what depression actually is and isn’t. So was melancholia depression, and we’ve just expanded the definition and started diagnosing it more? Or it is only a lesser sort of depression, and modern depression is more serious?

We simply don’t have the evidence to say one way or the other.

The point to keep in mind is that we can’t see mood disorders under a microscope. Both then and now, mental health terms are just that, terms. Words created to describe groups of people with similar symptoms. Not an exact science.

The strong similarities between depression and melancholia

It is, however, hard not to notice how incredibly similar historical descriptions of melancholia and those of modern day depression can be.

In his book published in 1621, “The Anatomy of Melancholy”, British writer Robert Burton lists symptoms that are almost like reading the DSM-V today.

Not only does he mention how melancholy prevented sleep and interrupted the digestive process, he had our same understanding that it could be both mild and severe. He describes melancholy as both a mood of “anguish, dullness, heaviness, and vexation of spirit” and then a “chronic or continual disease” . 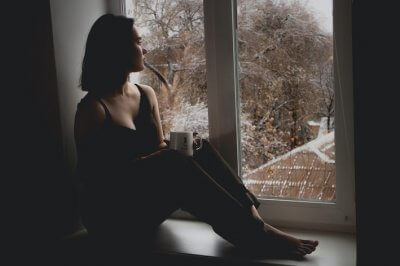 And note that the Greeks, who connected everything to astronomy and the seasons, felt that melancholia was connected to autumn.

Which might seem silly for a moment. Until you remember that seasonal affective disorder (SAD) is depression triggered by the change of the seasons.  A pamphlet put out by the NHS estimates that over two million Brits suffer from SAD yearly.

At the very least we can conclude that intense, complicated, and at times debilitating sadness does seem to have been part of the human condition for centuries.

But depression is more scientific

Yes, nowadays the ‘black bile’ reasoning for sadness put forth by the Greeks might sound ridiculous. But modern science, despite all its advances and technology, still can’t say exactly why we are depressed, either.

In her comprehensive paper “Melancholia and Depression“, historian of psychiatry Åsa Janssen makes this clear. “Research suggests a link between depressed mood and monoamine depletion, elevated cortisol, and inflammation, but existing laboratory evidence is inconclusive.”

In the Anatomy of Melancholy Robert Burton claimed that imagination was higher in those with melancholy. And the Greeks connected the black bile they saw as causing melancholia to genius and creativity as well.

It’s thought that it was Aristotle who questioned why it was that “all men who have become outstanding in philosophy, statesmanship, poetry or the arts are melancholic, or are infected by the diseases arising from black bile?” 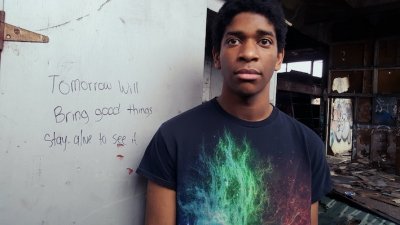 What melancholia has to teach us

So what can we learn from the concept of melancholia?

1. We aren’t alone with our sadness.

Depression and low moods can leave us feeling like nobody can understand us.  We are some strange monster not fit to live. It can be helpful to recognise that there have been millions of people throughout time who have felt like we have right now. We aren’t alone at all with our struggle.

The ancient Greeks felt it was related to the planet Saturn and black bile. Modern science relates it to a genetic predisposition triggered by the environments we live through. What is clear, whatever viewpoint we take, is that low moods are not our fault.

We need to stop demonising depression.

If there is one major difference between depression and melancholia, it might be that society still, despite recent advances, demonises depression as ‘bad’. This leaves sufferers feeling ashamed. Melancholia, on the other hand, was at times celebrated.

Keats actually wrote a poem called “Ode to Melancholy”. And even Freud, in his writings on melancholy, felt there was a kind of self-truth to be found in it, saying, “We only wonder why a man has to be ill before he can be accessible to a truth of this kind.”

German author WG Sebald, writing about melancholy in German literature, argued that it showed that, “describing the dismal plight we face contains the possibility of overcoming it.”

Depression is hard to live through. And when we are in it it can feel the worse thing in the world. But sometimes depression gives us the time out we are desperate for. It helps us see who our real friends are and what we actually want from life. And it leads to us truly appreciating our life, once we are past the clouds again.

Depression has a time limit. We have to stick it out, and not let our doom and gloom and destructive thoughts get the better of us. Then eventually, we break through the other side to feeling okay again.

Or as the poet Milton put it, “These pleasures, melancholy, give, and I with thee will choose to live”.

Suffering from depression? We connect you with a team of highly regarded, top London-based therapists who can help. Or use our booking platform to find UK-wide registered therapists and online counsellors.

Still have a question about ‘what is melancholia?”. Post below. Note we cannot provide free counselling over comments.