‘Personality disorders‘ are a group of psychological labels applied to those whose ways of thinking and behaving are outside what is seen as ‘normal’ by today’s standards.

If you have a personality disorder, your different ways of being will mean you struggle to relate to others and to be understood. This can affect both your personal life and your career.

Why is anger connected to personality disorders?

We all feel angry now and then. Anger itself is healthy when it is related to communicating boundaries.

For example, if someone tries to steal something from you and you scream at them, you are correctly setting a boundary that it is not ok for someone to take your things without your permission.

But anger can also be misused. If you often use anger to punish others or to manipulate them into doing what you want, you are using anger in a destructive, abnormal way.

Anger can also be the forerunner for rage. Rage is an out-of-control emotion that isn’t about setting boundaries but about hurting others or damaging things, and it’s not socially acceptable.

Rage and manipulative anger are perhaps the least acceptable emotions in today’s society. They are also emotions that most people experience only infrequently.

[Not sure you have an anger problem? Read our Guide to Anger an Anger Management.]

What personality disorders have anger issues as a symptom?

Note that personality disorders are only diagnosed in those 18 years of age and older. There are different disorders that pertain to children who have anger issues. So the below diagnoses are only for adults. 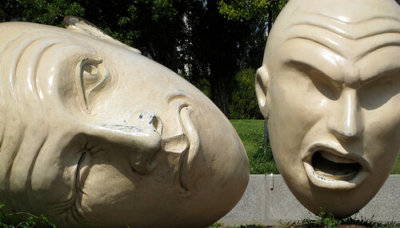 Antisocial personality disorder – This personality disorder leaves someone very rebellious. They feel rules are for everyone else but not them, and they are very easily frustrated and angry with others and their opinions. They never feel guilty, are often aggressive, and commit crimes.

Paranoid personality disorder – Ruled by their suspicion, this personality disorder leaves someone sure that others are out to get them. This means they are very defensive, leaving them prone to constantly fighting for their rights. They also struggle to forgive but tend to hold strong grudges.

Socially avoidant personality disorder – Unable to be intimate with others because of a strong belief that all others do is hurt you, those who suffer this disorder don’t pick fights. But at the same time, they feel that all others do is make them feel bad. So while they do not display overt anger like the other disorders above cause, those with this particular disorder can have very high levels of repressed anger.

Other Psychological Conditions Connected to Anger

Anger is not just connected to personality disorders but also to other psychological diagnoses.

Consistent rage and aggression can be a mental disorder of their own, under the category of what is known as an ‘impulse control disorder’. Called intermittent explosive disorder (IED), this sees someone unable to resist constantly assaulting others or destroying property.

Other diagnoses that anger is a symptom of that are not personality disorders include: 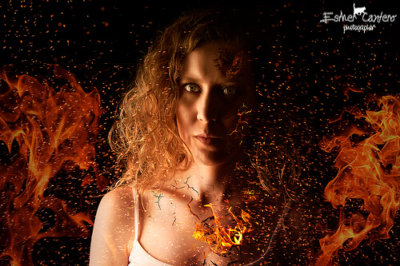 Adult ADHD – causes impulsivity, which can leave someone not able to control their emotions

Bipolar disorder – sees sufferers go through ‘manic’ phases where emotions are over-exaggerated, including anger or even violence

Psychotic disorder – a person loses touch with reality and can suffer delusions that leave them feeling threatened, leading to rage and in some cases extreme violence.

Can I have symptoms of more than one disorder?

Yes. Many of the above disorders don’t occur by themselves but alongside other psychological issues. This is called ‘comorbidity’. For example, someone with bipolar disorder can suffer psychotic disorder and delusions when they are manic. Or someone with borderline personality disorder might also have adult ADHD.

It’s important, however, not to self-diagnose. We all at some point exhibit the signs of a personality disorder. We can all, for example, be self-centred, or too emotional, or overreactive now and then.

The difference is that those with personality disorders experience these ways of being consistently since they were a young adult, and can’t act in other ways no matter how hard they try.

A mental health professional will use many different questionnaires, as well as their personal experience in working with those with personality disorders, before giving a clinical diagnosis. They will also rule out anything else that might be the cause of the behaviours in question, such as medical problems.

Worried you have a personality disorder? Harley Therapy can connect you with the some of the best therapists in London. Not in the UK? We can connect you wherever you are via Skype counselling.

Have a question about anger and personality disorders? Ask in the comment box below.