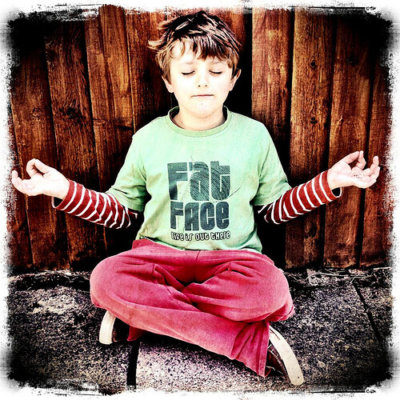 Mindfulness has become all the rage. It is a tool embraced by therapists, offered by top corporations to employees, and even trialled in parliament.

Now some schools are offering mindfulness to students. What effects might it have on your child? And is mindfulness for children really the panacea they claim? Read on.

Mindfulness does have its roots in ancient Eastern philosophy. But that aside, mindfulness is really just a cultivated habit of attention.

Mindfulness simply means carefully noticing and accepting the thoughts, feelings, and experiences you are having right here and now.

This can be achieved by things like paying attention to your breathing, learning to do a ‘body scan’ to notice what you are physically experiencing, or trying mindfulness meditation.

As a psychological tool, mindfulness is easy to use, accessible to all, and also non-denominational.

[Read our comprehensive and easy-to-follow Guide to Mindfulness for more information.]

How can mindfulness help my child?

These are the things it is suggested mindfulness can help your child with: 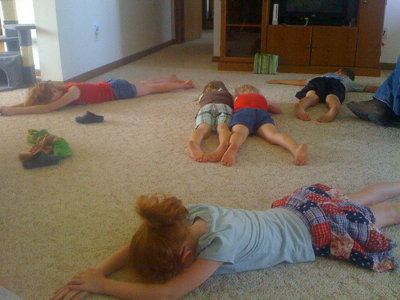 And in the classroom, it is thought mindfulness can assist with:

But is it true? A look at the research studies around mindfulness and children

The research that has been done on mindfulness for children suggests the following:

Mindfulness can reduce your child’s anxiety.

An American study published in 2008 looked at the effects of mindfulness-based cognitive therapy (MBCT) on a group of inner city kids. The result was decreased anxiety and depression.

Compared to the up to 60% dropout rates seen when children are enrolled in mental health services, the above study saw only a 32% dropout rate, exceeding even the researchers hopes. As for those who did complete the program, an impressive 94% of the kids involved claimed they enjoyed the experience.

Mindfulness will make your kid kinder.

There are already programs in America called ‘social and emotional learning’ (SEL) programs, designed to help kids be better at interacting with others. A 2015 study that took 4 classes of elementary students and offered some of the students an SEL program, and the others a SEL program combined with mindfulness training.

Interestingly, it was the kids who also received mindfulness training who showed higher empathy levels, a better ability to see another person’s perspective, were less likely to be aggressive. They also had higher levels of peer acceptance.

A very recent 2016 study looked at the effects of meditation on studying maths in a group of 5th grade students with ADHD. The students were more able to focus and answered more questions correctly after meditating, leading the researchers to suggest that meditation could increase cognitive performance. But the study, despite being widely quoted, only had four students in its sample. 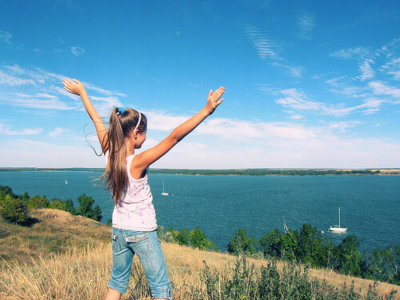 Mindfulness can help with impulse control.

A 2016 study carried out in Spain looked at a slightly older sample group who were aged 12 to 19 and diagnosed with behavioural problems. Over the course of 10-weeks, those students who were offered a program of both mindfulness meditation as well as using a mindful body scan technique saw significant reductions in both impulsivity and aggression.

Why learning mindfulness as a child might be the most effective

Children have brains which are still forming, with connections still rapidly developing in the prefrontal circuits, meaning that mindfulness can potentially have a greater influence on a child’s brain that that of an adult.

A 2011 clinical study could be seen as supporting this theory. Children, aged 8-12 and with an ADHD diagnosis, were offered the same mindfulness meditation program as their parents. The improvements around attention and impulses were stronger in children then adults.

Is there a special way to teach my child mindfulness?

Yes, mindfulness can be targeted to children in ways that are more enjoyable and understandable for them. Suggestions include things such as focussing on a chiming instrument like a bell or gong, or instead of focussing on just the breath placing a stuffed toy on their abdomen and focussing on the way their breath makes their stuffed animal rise and fall.

Of course one of the best ways to teach your child to be mindful is to yourself practise being mindful. Take time to be fully present with your child, not always distracted by your phone or errands. And focus on the now moment together – stop to smell those flowers, so to speak. With a bit of encouragement, children are naturally mindful and can easily delight in what is around them, so might teach you more than you teach them.

Resources on children and mindfulness

Mind With Heart – an international charity with a focus on taking mindfulness and compassion to classrooms.

Guide to Mindfulness – Harley Therapy’s own comprehensive guide to mindfulness.

Headspace for Kids – a popular (if not free) app.

Have a question about mindfulness and children, or want to share your own tips? Use the comment box below.