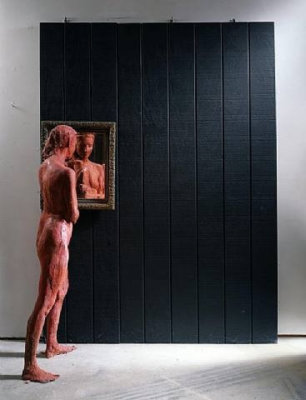 It sees you persistently distressed and distracted because you perceive your appearance, or a part of your body, in a negative way and as different than it really is. Either an actual bodily flaw is extremely exaggerated, or it is completely imagined.

BDD is sometimes connected to obsessive compulsive disorder, because it can cause you to create routines around trying to ‘hide’ your perceived imperfection or handle the anxiety it is causing you.

Body dysmorphia can involve any part of your body and can mean you have an untrue idea of your size, your proportions, or of a disfigurement of some sort. Examples of BDD are:

How common is body dysmorphic disorder?

The NHS claims that around one in 100 people suffer from dysmorphia in the UK, but numbers might be higher as many who suffer are too embarrassed to seek help.

BDD affects both sexes, and can hit at any age, although it is more common in young people, when the pressure to fit in and the tendency to be self-critical are high.

People with body dysmorphia don’t secretly feel good about themselves, or want to be perfect. In their distorted way of thinking they are seriously flawed and would love to just be ‘normal’.

It isn’t just to get attention.

BDD sufferers live with constant negative thoughts and worries in their mind. And often people with body dysmorphia suffer such shame and anxiety they hide their feelings about themselves from others rather than talk about it.

Body dysmorphia definitely involves low self- esteem, but it’s not going to be fixed by a ‘pep talk’. An actual disorder that can be linked to previous trauma, it is also thought to possibly be genetic and biological.

If you have body dysmorphia your worry about the way you look is ongoing and persistent.

Body dysmorphia can be something you experience alongside another psychological disorders, including

Because BDD lowers your self-esteem, it can also mean you suffer from:

Why would I have body dysmorphia? 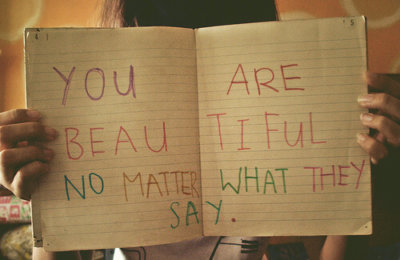 Like all psychological conditions, there is no exact answer. Rather there can be many influences that lead to you having BDD, including ones that are genetic, biological, social (including being bullied as a child), cultural, and then developmental.

One such developmental issue is childhood abuse. One study found a sobering 79% of subjects surveyed who had BDD had also suffered childhood maltreatment, with 28% reporting sexual abuse.

How is body dysmorphia treated?

Medication is sometimes prescribed if your BDD is so severe you can’t function and are very depressed.

But for many cases of body dysmorphic disorder talking therapy is offered, in particular cognitive behavioural therapy (CBT). This type of therapy helps you learn to distinguish the difference between negative thinking and balanced thinking, and helps you develop coping skills when dealing with situations that feel stressful.

Actresses Sarah Michelle Gellar and Hayden Panettiere have admitted to suffering dysmorphia, as has actor Robert Pattison. Miley Cryrus believed she suffered from it when in her TV role as Hannah Montana.

And Jodie Marsh admits that bodybuilding has given her dysmorphia, and that she looks in the mirror and feels out of shape.

Do you worry you have body dysmorphic disorder?

As with all psychological health challenges, it’s important that you seek the support you need.

It’s especially important you don’t suffer in silence if you have BDD because it’s affect on your self-esteem means it can cause of suicidal thinking. The faster you seek support the less likely this is.

Remember, there is no need to feel ashamed for having BDD. It’s not who you are, it’s a disorder you have and it can be dealt with. Many people have psychological issues, and it’s a sign of strength to reach out for help.

You can talk to your GP about your negative thoughts about your body, and if they feel there is an issue they can refer you to a mental health professional. Or, check to see if your place of employment provides insurance for a private therapist, which involves no waiting times.

Harley Therapy offers highly experienced and understanding counsellors and therapists in three London locations. You can now book a first appointment online. Not in the UK? We now also offer online therapy worldwide.