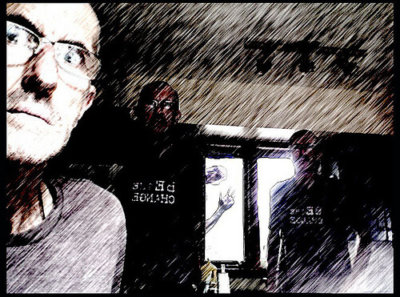 Schizoaffective disorder is a condition that is best described as a mixture of schizophrenic symptoms, like hallucinations, and a mood disorder like mania, where your behaviour is overactive and excited.

Because this condition includes similar symptoms to other disorders, namely schizophrenia and bipolar disorder, it is far less understood and less clearly defined.

How Common is Schizoaffective Disorder?

There is little concrete data around how prevalent schizoaffective disorder is in the general population. And it’s hard to be certain given that it’s a condition that is difficult to diagnose because it has hallmark symptoms that match those of other conditions.

Despite these difficulties, the Royal College of Psychiatrists estimates the rate of incidence at less than one in 100 people.

Psychotic symptoms most commonly include 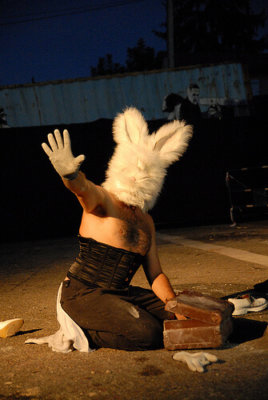 delusions and hallucinations. Delusions are beliefs that you hold to be absolutely true and correct, but which no one else seems to accept. An example would be believing that you can control the mind and actions of the Prime Minister. And having hallucinations means that you experience stimuli that others do not. For example, you might hear voices or see things that others cannot see.

During a manic phase, your judgment and ability to make sound decisions becomes impaired. As a result, many people engage in risky behaviours when they are manic, like spending exorbitant amounts of money or having multiple sexual encounters, often with strangers.

Depressive symptoms for schizoaffective disorder are what one might expect. There are periods of sadness and fatigue. You may feel extremely lonely and sleep most of the day. Depressive symptoms can become so pronounced that you withdraw from your life, including from family and friends, and reach such high levels of despair that you contemplate suicide.

It is not entirely understood what causes schizoaffective disorder, but it is thought to be a combination of genetic factors, environmental influences, and chemical imbalances. 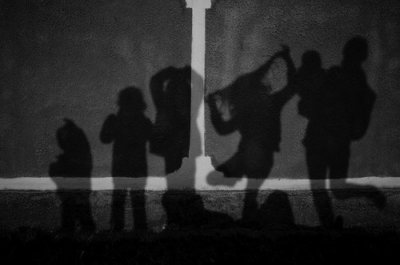 Research also indicates that chemical imbalances of neurotransmitters in the brain cause this condition. This is most likely the primary cause of the disorder. These chemical imbalances can be corrected via medication, such as antipsychotics, antidepressants, and mood stabilisers.

The environmental link to this disorder is somewhat weaker. It is known that childhood abuse is associated with the development of psychosis later in life. And life circumstances, such as stress, can lead to mood-based disorders like mania and depression. However it seems unclear how, or if, these factors are responsible for the development of the psychotic and mood-based symptoms associated with schizoaffective disorder.

How is it Diagnosed?

Diagnosis of schizoaffective disorder relies on the observations and assessments of trained clinical staff. Because this disorder presents a lot like other, more common disorders, diagnosis can be difficult.

As a result, practitioners must first rule out other conditions, namely schizophrenia and bipolar disorder. Physical ailments, such as hypo and hyperthyroidism can cause similar symptoms as well, and should also be ruled out prior to a diagnosis of schizoaffective disorder.

The International Statistical Classification of Diseases and Related Health Problems (ICD-10) provides guidelines for determining the presence of this disorder. These include:

Diagnosis in the United States is dependent upon the criteria in the Diagnostic and Statistical Manual of the Mental Disorders (DSM-5) and is somewhat different than what is stipulated by the ICD-10. A glaring difference is that the DSM-5 does not provide for a diagnosis of schizoaffective disorder of the manic type. Instead, it outlines criteria only for bipolar type and depressive type. And to qualify for a diagnosis of schizoaffective disorder, the afflicted individual must have the appropriate symptoms for at least two weeks. Furthermore, the DSM-5 requires an assessment that an individual’s social functioning is significantly impaired. If that determination cannot be made, a diagnosis of this disorder is not made.

How is it Treated?

There are three primary treatments for schizoaffective disorder which are medication, therapy, and self-help.

Medications are a popular treatment. Antipsychotics are common, and work to diminish the frequency and intensity of hallucinations and delusions. Antidepressants and mood stabilisers help afflicted individuals function more normally from day to day.

One of the most common therapeutic interventions for schizoaffective disorder is cognitive behavioural therapy (CBT). CBT helps you become aware of your thoughts and how they are related to your feelings and actions. The thoughts that cause distress are identified and then replaced with positive thoughts and behaviours to bring about improvements in daily functioning. CBT is particularly helpful to treat the psychotic symptoms associated with this disorder.

Other recommended therapies include art therapy and family counselling. Art therapy is particularly helpful for people that have trouble expressing their feelings and emotions. Instead of talking, art therapy allows people to express their feelings through an artistic medium. That medium then becomes the talking point for the therapist and client.

Family counselling involves the afflicted individual and his or her family talking together and working towards a better understanding of the condition. Family counselling is especially helpful because it educates families about schizoaffective disorder so they can provide more effective support for their loved one.

Many people with schizoaffective disorder find that self-help techniques work well in treating their condition. Support groups are a great way for people with this disorder to talk through their feelings and get insight from others who have a similar experience. Eating right, exercising, and relaxation techniques can bring added respite to one’s day. Abstinence from alcohol and drugs is highly recommended as well.

Do you have a question about schizoaffective disorder we haven’t answered? Post it below, we love hearing from you.