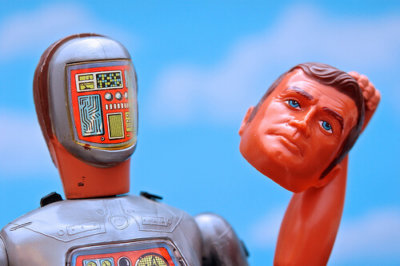 According to social media and the internet, it would seem that nowadays, everyone’s boss and ex is a sociopath.

But what is a sociopath, really? Are you using the term correctly?

What is a sociopath, really?

Sociopathy is not an illness you can find under a microscope. Like all mental health labels, it is a term created and used to explain a group of behaviours occurring together in one individual.

Nor is ‘sociopath’ actually a proper medical diagnosis. While you can have ‘sociopathic traits’, the diagnosis that most of those with such traits are given is that of antisocial personality disorder.

A personality disorder means that an individual constantly behaves in ways that are outside the cultural norm. Their behaviours and ways of seeing affect all areas of their life, and would have been present since at least early adulthood.

The diagnostic criteria for this disorder vary depending on what diagnostic guide you are using.

But in general, someone with antisocial personality disorder will have some of the following symptoms (note not all are required for a diagnosis):

[Read our article on antisocial personality disorder for a more thorough overview.]

But aren’t sociopaths were more sophisticated than that? 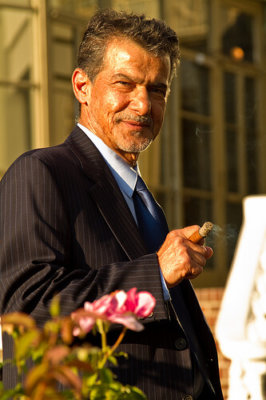 Perhaps one of the reasons antisocial personality disorder and sociopathy are assumed to be different is because we see ASPD as something street criminals have, but associate sociopathy with a slick man in a suit. (More common in males, it should be noted females can of course have the disorder, too).

Remember, to classify as having antisocial behaviour disorder you do not need all traits, just some. And these symptoms can manifest differently depending on the personality and intelligence of the person in question.

The variation of personality types who have antisocial behaviour has led to such terms as ‘high functioning sociopath’, the sort who has a successful career sadly made possible by their lack of remorse and ability to manipulate.

‘Psychopathy’ is again not an official ‘diagnosis’. The World Health Organisation’s diagnostic manual the ICD-10 includes it under antisocial personality disorder, and America’s latest version of its Diagnostic and Statistical Manual of Mental Disorders (DSM-V) mentions an alternative model of ASPD ‘with psychopathic features’.

There is disagreement even in the medical community over the difference between sociopathic traits and psychopathic traits. But in general a psychopath is seen as having an even bolder personality, with negligible levels of inhibition accompanied with almost no stress and fear. So while a sociopath might have a tiny bit of conscience and know things are wrong but not be able to stop him or herself, a psychopath lacks a moral compass entirely.

The popularity of the term ‘sociopath’ might be helped by a confusion between narcissism and sociopathy. 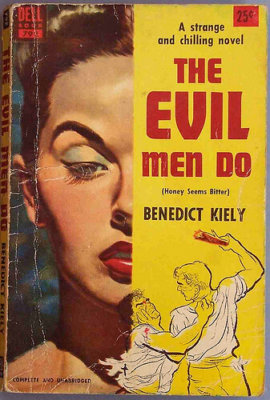 But those with narcissistic personality disorder are at heart extremely insecure with a great need for attention, and they do have access to feelings and guilt (and therefore can be helped by therapy).

Someone with antisocial personality disorder doesn’t question him or herself, and doesn’t care at all what others think of them.

So how to tell if your arrogant, thoughtless ex or boss has sociopathic or narcissistic traits? For starters, look for how they respond to criticism. A narcissist hates criticism because it attacks their severely low self worth. They respond strongly, either with harsher criticism in return, or rejection. A sociopath isn’t affected by your criticism. They don’t care what anyone thinks. Of course, if it suits their goals, they can ‘pretend’ to care.

How does someone end up a sociopath?

It’s not entirely understood how personality disorders develop, but it’s most likely a blend of genetic and environmental factors.

Say, for example, two twins are born with a genetic predisposition to be sociopathic. Separated at birth, one grows up in a violent household lacking affection, the other is loved and supported. While they both might still end up sociopaths, there is more of a chance the one who grew up around violence would.

How many people are actually sociopaths?

Sociopaths evidently don’t come forward to be counted. So any number is merely an educated guess.

The popular book ‘the Sociopath Next Door’ suggest the number is four per cent, but the DSM-V suggests it’s between .02 per cent to 3.3 per cent. So saying that it’s around two per cent of the population is a fair guess.

Prison populations are a different story – it’s suggested up to one in five inmates have antisocial personalities and are sociopathic or psychopathic.

So back to your ‘sociopathic’ ex and boss . With such statistics it’s highly unlikely (although possible) that all your exes and previous employers are sociopaths.

And if you find that you are calling everyone who upsets you a sociopath? It might be possible, given the main symptom of leaving you unable to relate well to others, that you have some form of personality disorder yourself. (See our comprehensive Guide to Personality Disorders if you are curious).

Have a question about sociopaths or want to share your experience of meeting one? Use the comment box below.

4 Responses to “What is a Sociopath? (And Why So Many Use the Term Incorrectly)”