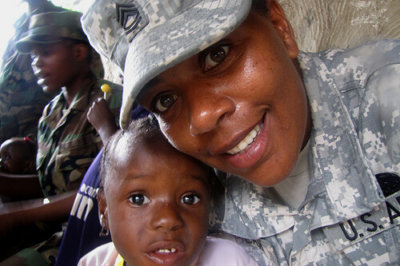 By: US Army Africa

Transgenerational trauma refers to trauma that passes through generations.

The idea is that not only can someone experience trauma, they can then pass the symptoms and behaviours of trauma survival on to their children, who then might further pass these along the family line.

What types of trauma can become ‘transgenerational’?

Commonly cited examples of historical trauma include the Holocaust and the displacement of Native American children in the United States and Canada. Other kinds of trauma that cause historical trauma could include:

But how is it possible to ‘inherit’ trauma? 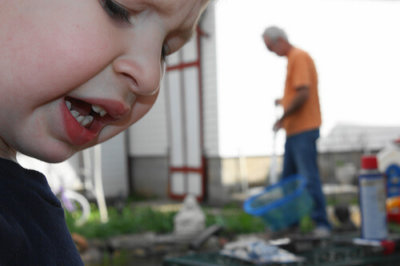 Obviously, someone can not pass along the trauma itself – no one else can experience what another has uniquely gone through.

What they do pass on is the symptoms of surviving trauma, which looks like post-traumatic stress disorder (PTSD), anxiety, and anxiety disorders.

These symptoms are usually passed to the next generation via learned behaviour. Trauma affects the way someone parents, and parenting affects the way a child thinks and behaves into adulthood (barring intervention).

Trauma affects the way someone parents because it affects things like:

Research has found that even if the child of someone who has post-traumatic stress disorder reaches adulthood psychologically healthy, they will be more vulnerable to developing PTSD if they then experience or witness something overwhelming. A well-known 1998 study by Solomon et al. showed that Israeli soldiers who were the children of Holocaust survivors experienced more severe PTSD after experiencing battle than those who weren’t children of survivors.

An example of transgenerational trauma

Let’s look at an example of a mother who was badly sexually abused and has not sought support to deal with her trauma. She suffers with symptoms of hyper-vigilance, anxiety, low self-esteem, repressed anger, inconsistent moods, depression, damaged sense of self/lack of identity, paranoia, and even ongoing health issues where she always is tired and has colds/flu (all symptoms of complex PTSD).

In truth, she often doesn’t know who she is, or if life has a point. But now she has a child, and he is her reason for living and can make her happy (codependency/ overparenting/controlling parenting). When her child is good she tells him what an angel he is, and when he isn’t an angel she locks herself in her room for a few hours (emotional unavailability due to trauma). 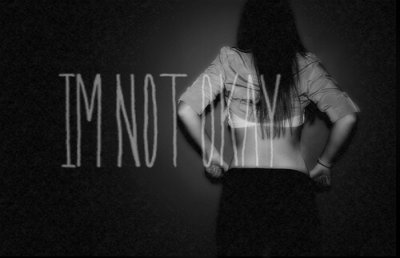 Sometimes she tells him stories about her life. How hard it was, how she learned you can’t trust anyone or anything. How bad her luck was, but that is just the way life is (transmitting anxiety via stories).

She really does try to keep her child safe. She won’t let him play ice hockey, for example. It’s far too dangerous. And she makes sure that when she pops into the shops and he’s in the car he’s locked in (passing on anxiety and negative core beliefs).

As you can imagine, the child of such parenting will themselves have anxiety, hyper-vigilance, possible low self-esteem… all signs of PTSD or anxiety disorders.

Trauma and our genes – can it be passed through our DNA?

New and startling research suggests the way trauma is inherited is not just behavioural, but also possibly epigenetic.

Epigenetics suggests that DNA can be affected by the way we lead our lives. It’s not that our DNA is changed. It’s more as if side instructions are added to the manual that mean certain parts of the DNA become used or not used.

The study that caused a stir on this front was published at the end of 2016. It sought to replicate studies done in animals that showed epigenetic mechanisms are part of the transmission of stress to further generations.

It did find a postive link via blood sampling of 40 parents who survived the Holocaust and 31 of their offspring. The children had different stress hormone profiles then others, in ways that made them more susceptible to PTSD. So the results showed an association between parental stress before a child is conceived, and epigenetic changes that appear in the child.

What can I do if I think I have transgenerational trauma?

Untangling ourselves from the trauma of our parents can be a long and complicated process. You can start by asking yourself good questions, such as, what ideas of the world do I have that I learned from my parents? Are these actually true? Who am I, as an individual, separate from my family?

These are big questions. For the most part, support is required to work through them and to change the core beliefs and behavioural patterns that inherited trauma can leave us in.

What types of therapy help with transgenerational trauma?

Transgenerational trauma is effectively a form of PTSD, so it’s a good idea to find a therapist who specialises and is experienced in treating PTSD. Trauma-focused cognitive behavioural therapy is often recommended.

Harley Therapy connects you with London-based therapists who offer CBT and help with trauma-related issues. If you can’t make one of our four central London locations, what about Skype therapy? It helps you no matter where you may live.

Want to share your experience of transgenerational trauma with other readers? Or have a question? Use our public comment box below.

2 Responses to “What is Transgenerational Trauma?”