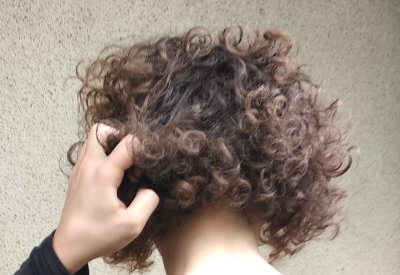 We joke “I’m pulling my hair out” when we’re stressed. But hair pulling is actually a real and even dangerous habit for some people, referred to as ‘trichotillomania’.

Trichotillomania, or “trich”, for short, is a long-term mental health disorder where you can’t stop yourself from pulling out your hair.

Also referred to as ‘hair pulling disorder’, it usually involves pulling out the hair on your head or your eyebrows and lashes, to the extent you have visible hair loss like a bald patch. But it can also be other forms of hair you are into pulling, including arm and leg hair, your beard or moustache, or even pubic hair.

Some people also have post-pulling rituals. This could be rubbing the hair, discarding of it in a special way, or even eating it.

What type of person has trichotillomania?

It most commonly begins in adolescents aged 10 to 13 and has been connected to going through puberty.

But it is also found in younger children, as well as adults who have been through a stressful experience.

Females are ten times more likely to have this issue than males.

Why is hair pulling a big deal?

Very young children might hair pull briefly and then stop. Or you might find you do it very rarely and it’s manageable. You can work your way through it with distractions, or by telling someone about the urge.

But if hair pulling is a constant habit  and affects your appearance, it can cause low self-esteem and shame, which affects things like your relationships, career, or school life.

There can also be serious physical side effects to trichotillomania. You can suffer infections in the long term, and even things like carpal tunnel syndrome.

It’s particularly urgent if the hair is being eaten, which can lead to stomach problems, and in rare cases where a hair ball extends into the intestines, death.

Why can’t I stop pulling out my hair? 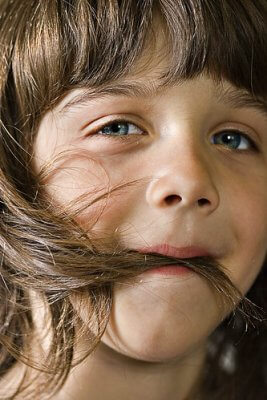 For a long time it was assumed that everyone with trichotillomania did it because of an uncontrollable urge. The idea was that the urge made you tense and uncomfortable, so you pulled to feel relief, like a sort of addiction.

While for some people this is the case, it’s certainly not the way it works for all sufferers.

‘Automatic pulling’ sees you not even realise you are pulling out your hair. It’s unconscious, like a form of self-soothing.

‘Focused pulling’ means you consciously pull out your hair to deal with stress and anxiety or other difficult emotions. Or even boredom.

Sometimes trichotillomania is a form of self-harm. You seek the release of physical pain to escape emotional pain.

Or it can be connected to obsessive compulsive disorder (OCD) or body dysmorphic disorder. You can have obsessive thoughts about the way certain hairs look. Perhaps you don’t like their colour, or have a feeling they are not lined up right or symmetrical enough.

If you have trichotillomania, you might also have other related habits, such as skin picking, nail biting, lip chewing, or thumb sucking.

And it’s related to other mental health problems like:

It’s thought to be a mix of a genetic predisposition and then environmental factors.

You’d be born with a brain that was more susceptible to trichotillomania. This might mean you were prone to a neurotransmitter imbalance of dopamine and serotonin seen in some cases, similar to those with OCD [1]. In other cases a gene mutation is thought to cause the disorder [2].

Then your childhood environments and your experiences would ‘trigger’ this tendency.

Is trichotillomania an actual disorder? 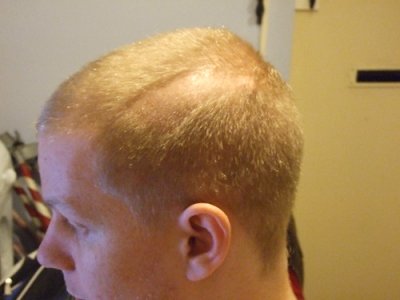 Yes. You’ll need to see a psychiatrist and get a diagnosis.

In the United States, trichotillomania used to be considered an ‘impulse control disorder’, alongside things like gambling and kleptomania. But the lastest version of the Diagnostic and Statistical Manual of Mental Health Disorders (DSM-V) now classifies ‘hair pulling disorder’ under ‘obsessive compulsive and related disorders’.

In the ICD-11, the new version of the manual put out by the World Health Organisation and used in the rest of the world and the UK, hair pulling is also being moved from an impulse control disorder to under ‘obsessive compulsive or related disorders’. It has a sub category of  ‘body-focused repetitive behaviour disorders’.

(Learn more about hair pulling’s clinical classifications using the chart put out by the OCD-UK charity).

What is the treatment for trichotillomania?

The treatment for hair pulling disorder can involve medication to manage related issues like anxiety and depression. But medication is not considered effective for stopping hair pulling itself.

Talk therapy is the best treatment. This can include things like self-awareness training, learning to relax and breathe deeply, and sometimes family therapy, where your parents learn how to support you when you are navigating symptoms.

The therapy most commonly offered in the UK is usually a type of cognitive behavioural therapy (CBT) called ‘habit reversal training’. You’ll learn how to recognise the thoughts and experiences that trigger you to hair pull, and find other ways of being or occupying yourself so that you don’t hair pull. You’ll also work on managing your emotions and getting positive support from others.

Worried you or your child has hair pulling disorder? Or already have a diagnosis and want support?  Get in touch now to talk to a child or adult psychiatrist or a counselling psychologist and start a treatment plan that helps you move forward.

Still have a question about ‘what is trichotillomania’? Or want to share you own experience with hair pulling disorder? Use the comment box below.

2 Responses to “What is Trichotillomania? Why Hair Pulling is Serious”