Have adult ADHD? And wondering what your treatment options are when it comes to ADHD medications in the UK?

[Not sure you would qualify for a diagnosis? Try our free online ADHD test].

ADHD medications in the UK

Medication has come a long way since ‘ADD’ became a recognised diagnosis back in the 1980s. There are now far more options to choose from — if you live in the right country.

Europe, for example, prescribes less medications than the leader of ADHD drugs, America. The UK falls in between Europe and the USA, with a decent choice on offer, if not everything on the market.

If you would like to try ADHD medication in the UK, then you must go see a psychiatrist. They are the only mental health professional who can give you an official diagnosis (should you need paperwork for insurance or otherwise) and then prescribe medication.

What is the difference between licensed or unlicensed ADHD medications?

A ‘licensed medication’ means that it has gone through research trials that were approved by a regulatory body here in the UK.

An ‘unlicensed medication’ can refer to a medication that has not been fully tested. More often than not, though, it means a medication that is an import. Or, that a medication has been found to work for various issues beyond its original intention. So the maker has decided it’s too expensive to license it for everything and has made it ‘off license’.

When it comes to ADHD meds, an ‘unlicensed medication’ usually just means that the medication is licensed in other countries but not here in the UK, so is imported. It will generally be a more expensive option, and is more likely to be something you have to get through a private psychiatrist over the NHS.

[Learn more in the NHS “Guide to Unlicensed and Off-Label Medications“].

Stimulants in the UK

Stimulants have been around the longest when it comes to ADHD meds. Unless your health or previous experiences with medication indicate otherwise, a stimulant is generally offered to you first. They work by increasing activity in the parts of the brain that help control your attention and help you take action.

Stimulants have the benefit of working right away. And they can be short or long acting, also called ‘immediate release’ and ‘modified release’. If you are nervous about trying ADHD medications you might want to ask for a short-acting medication which can give you an idea of what it’s like to be on meds.

These are the most prescribed medications across Europe and the UK. The full scientific name is ‘methylphenidate hydrochloride‘. When short acting they last around two to three hours.

Ritalin, the most famous methylphenidate of all, is available in the UK, but only licensed for children over six and not for adults.

Note that doses of a methylphenidate medication of over 60 mg daily are not licensed, and with Concerta XL the limit is 54mg.

Side effects of methylphenidate ADHD medications 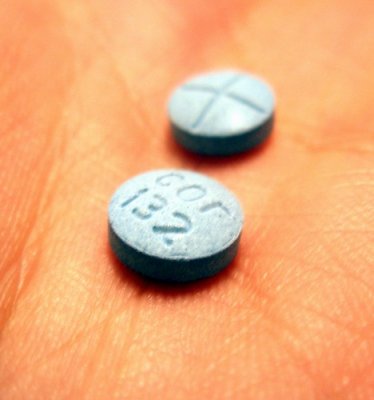 These include an increased heart rate and blood pressure. Sleep problems, stomach upset, headaches, appetite loss, teeth grinding or jaw clenching. Possibly the return of physical tics you had in the past, and shifts in your moods including agitation. Very rarely they can cause psychosis.

The only licensed option in the UK is generic lisdexamfetamine. If you are prescribed but do not do well with either this or methylphenidates, then you will still be offered generic dexamfetimine.

Note that lisdexamfetamine is not prescribed if you have a dual diagnosis of bipolar disorder or substance abuse issues.

Also note that many European countries do not prescribe amphetamine salts. They are considered illegal drugs. So if you travel, be very certain you take a doctor’s letter with you!

Side effects of amphetamines

Side effects wise, note that amphetamines can cause drowsiness and dizziness instead of the buzz of methylphenidates. And you might also deal with nausea and diarrhoea.

There is one non stimulant commonly prescribed amongst ADHD medications in the United Kingdom and Europe, which is Atomoxetine.

This is a selective re-uptake inhibitor (SNRI), so a very different sort of medication. It increases noradrenaline in the brain, a sort of messenger chemical passing information. The end result is better concentration as your impulses are lowered. Note that unlike other ADHD meds that are fast-acting, it also takes several weeks to have effect, much like an anti-depressant would.

Side effects can include stomach cramps and diarrhoea. It has a possible dangerous side effect which is suicidal thinking or a desire to self-harm. And it can be hard on your liver. For these reasons, it’s usually only prescribed after you’ve tried stimulants and they didn’t work for you.

Briefly, it is possible for a UK psychiatrist to treat adult ADHD with Modafinil, the antidepressants Venlafaxine , and bupropion hydrochloride, and then tricyclic antidepressants. But there are all considered unlicensed ADHD medications. They don’t come recommended by the NHS or the UK’s diagnostic advice body, the National Institute for Health and Care Excellence (NICE)

ADHD medications on the NHS

Of the above medication choices, an NHS practitioner offers:

What does NICE recommend?

In America, mental health professionals all refer to the DSM when diagnosing (the Diagnostic and Statistical Manual of Mental Disorders). Other countries refer to the ICD, the guide put out by the World Health Organisation (WHO).

Here in the UK diagnostic guides are put out by the National Institute for Health and Care Excellence (NICE).  They take into account both the DSM and ICD and all current and up-to-date research and evidence to make their recommendations for UK practitioners.

The current NICE advice for treatment of adults diagnosed with ADHD is as follows:

Things to consider when deciding on medication

And most important of all when it comes to ADHD treatment

It’s important to note that taking medication is a personal choice. You do not not have to take meds, and no psychiatrist should ever pressure you to do so.  Yes, medications are the first line of treatment here in the UK for adults (note this is not the case for children) but they are not the only way forward.

Talk therapy is generally recommended for adult ADHD as well. This is because ADHD medications only manages symptoms and doesn’t change longstanding negative coping mechanisms.  And some people decide to just go the therapy route and decide on medication later, or decide to never take meds.

Need a diagnosis or treatment for adult ADHD? We offer appointments with psychiatrist Dr. Stephen Humphries, the UK’s most longstanding expert on adult ADHD. Or book with one of our coaches or counselling psychologists who specialise in helping clients with attention deficit disorder.

Still have a question about adult ADHD medications in the UK? Post below. Or share your experience of trying meds with other readers.

2 Responses to “ADHD Medications in the UK – What Are Your Options?”