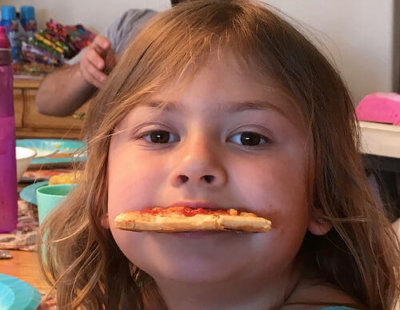 Why is it that you have an issue with food? When other people never seem to worry at all about what or how they eat?

Often eating disorder causes can be found in your childhood.

Did you learn to have an eating problem?

A large-scale review of the role parental influence has on our eating behaviours found our eating habits can be influenced by how much control we had over our eating choices as a child.

The way you received milk as an infant can affect your chance of obesity all the way to adulthood. With breastfeeding, an infant has an easier chance of making it clear when and how much milk they want. More importantly, they learn how to self-regulate their caloric intake. Bottle feeding, on the other hand, is controlled by the caregiver and is less work for the child. Researchers found there was a risk an infant would overeat, and, more crucially, not develop that self-regulating skill.

If you suffered weight issues as a child, and it has led to an eating disorder as an adult, it could be connected to your parents controlling your food intake when you were a kid. This, too, was seen to mean a child was less likely to learn to listen to their body signals and self-regulate their appetite.

And finally, social environment as a child can be behind your habits with food today. Childrens’ food likes and dislikes was seen to be influenced by social contexts, including cultural ones. They were found to observe and mimic others, including peers and teachers. So if you witnessed a family member’s compulsive eating, then you are more likely to have the issue yourself as an adult. 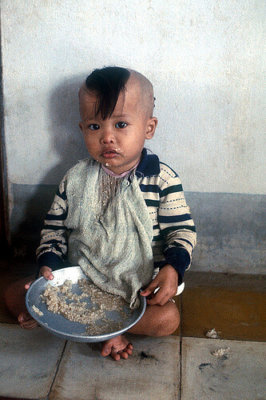 The idea that things like anorexia and bulimia are the domain of only the middle-class is simply not true. ‘Scarcity thinking’ also affects eating habits.

A recent American study, for example, found that those who grew up in a low socioeconomic bracket were more likely to eat even when they were not hungry. This was the same pattern even if they were now very successful.

Poverty can also lead to food being used as a ‘treat’. If money is scarce, food can be seen as a reward. And a parent who can’t afford to buy her children nice toys or days out might use his or her cooking to show love.

These good intentions can lead to a child learning to turn to food to fill emotional needs, not just physical needs. And this can lead to compulsive eating or binge eating disorder.

Post-traumatic stress disorder has been strongly connected to eating disorders. Both overeating and purging can be used to numb out PTSD’s flashbacks and escape the exhausting hyper-vigilance it causes.

A fascinating paper published in the Psychiatric Times showed that females with bulimia or binge eating disorder had around a 20% higher chance of having PTSD. At a treatment centre for eating disorders, it found that 74% of 293 women had experienced a significant trauma.

The same paper discussed PTSD connected to childhood sexual abuse or rape as a adult. It was found rates of eating disorders were five times higher in groups of women that had experienced sexual abuse, regardless of what part of their life the abuse occurred.

Attachment theory states that for a child to grow up confident and comfortable in relationships, he or she needs to have had at least one caregiver as a child that offered them unconditional love and safety. 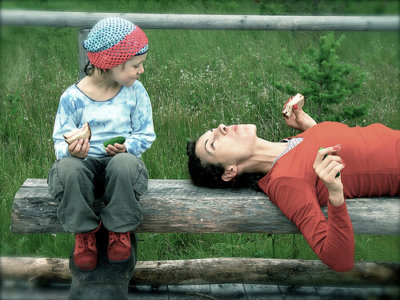 If your parent instead criticised you or shamed you for things such as feeling sad or angry, you can grow up into an anxious adult with low self-esteem.

You can then apply those same habits of criticism to yourself, a perfect breeding ground for anorexia nervosa.

A 2011 Scandinavian study found that female students with eating disorders related their issues to an insecure mother attachment.

The study was small, but many other papers back up such conclusions, such as a 2015 European review of 13 similar studies that concluded that most patients with eating disorders did indeed have insecure attachment issues.

So is it all your parents fault, then?

The above are only some of the childhood experiences that have been connected to eating disorders. Others include a family history of obesity, growing up in an unstable or violent home, and having a parent who is an addict.

The very extent of this list points to how hard it is to have a problem-free childhood.

Things like abuse aside, many parents make mistakes through lack of knowledge over any desire to harm their children. And things like poverty, bottle feeding, and addiction are not always things a parent has choice over.

It is important to access and release any feelings of anger, frustration, helplessness, and even rage that you might have over your childhood and your eating disorder.

But blaming your parents and family, however easy it might feel, can also mean you stay stuck in a victim stance. This drains you of all your personal power, including the power required to heal and move on.

If you feel that your childhood is strongly connected to your problems with eating, then seek support. A qualified eating issues counsellor or therapist can help you process your past in a way that empowers you instead of leaves you trapped. He or she can help you to to make better choices for your future and wellbeing.

Harley Therapy puts you in contact with some of London UK’s best eating disorder therapists. Not in Britain? Try a therapist by Skype.

Want to share your experience with our readers? Have a question about eating disorder causes still? Comment below.