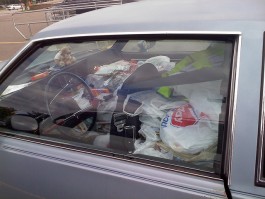 Hoarding can be something it’s tempting to write off as eccentricity, a bad habit, or the result of laziness. But it is a real and overwhelming psychological condition where someone cannot discard or part with their items without feeling extremely distressed. And it’s always a vast array of items they feel they must ‘save’, often not of any perceived value to anyone except them.

For a long time hoarding was seen as a symptom of another psychological diagnosis, Obsessive compulsive personality disorder (OCPD). It was also thought to sometimes appear in severe cases of Obsessive compulsive disorder (OCD). But in many cases of extreme hoarding no signs of either of these other disorders were found, and the most recent and 5th edition version of America’s well known Diagnostic and Statistical Manual for Mental Disorders (DSM) now lists “Hoarding disorder” as a standalone diagnosis.

Like all mental health disorders, Hoarding disorder directly and consistently affects a sufferer’s life. This can include jeopardising health and safety, undermining financial security, and stressing relationships with friends and family.

Is it hoarding or is it collecting?

Most of us like having things. Whether it’s a shed full of tools and garden equipment or shoes that have a closet of their own, the world is full of objects that add variety and pleasure to our lives. Going to the shops is fun, replacing outdated electronics and appliances is satisfying, and collectors enjoy arranging, displaying and adding to their collections.

With hoarders, there is no “replacing,” only adding more to the pile. And it’s not an act of enjoyment for hoarders, either. The jumble of acquisitions triggers feelings of shame and despair instead. 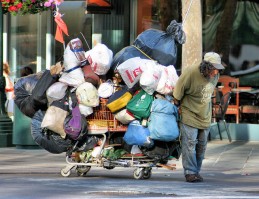 As anyone who’s watched television reality shows about hoarding has come to realise, the houses of hoarders look significantly different than people who don’t suffer from this disorder. Dwellings are often crammed with belongings, to the extent it’s impossible to see the floor, the furniture, or individual objects buried in the mess.

This is the end result of the disordered thoughts and behaviours the hoarder suffers from, including:

What sort of person hoards? 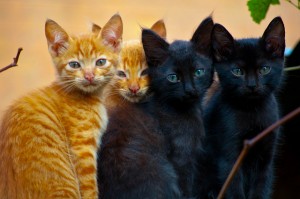 Thanks to increased awareness and reporting, hoarding is now known to be much more common than previously thought. According to the DSM, up to five of every 100 people suffer from hoarding.

And stereotypes of cat ladies not withstanding, hoarding is actually not primarily a woman’s disease. A 2008 study at John Hopkins University found that hoarding is more common in men than women, but that women are simply more like to seek help or come to the attention of social services.

Even more surprising might be that children and young adults can be hoarders, but are often not seen as such because parents control their environment and activities, or see low-level collecting as a phase. Parents should be alert to symptoms, such as a young child who indiscriminately clings to broken toys, or a socially isolated teen whose room becomes an inaccessible fortress of objects. Early help from a therapist can help deter larger problems later in life.

Risk factors for becoming a hoarder

There is no one “cause” of hoarding. As with many other mental disorders, there are a number of factors that put the person at risk. These include: 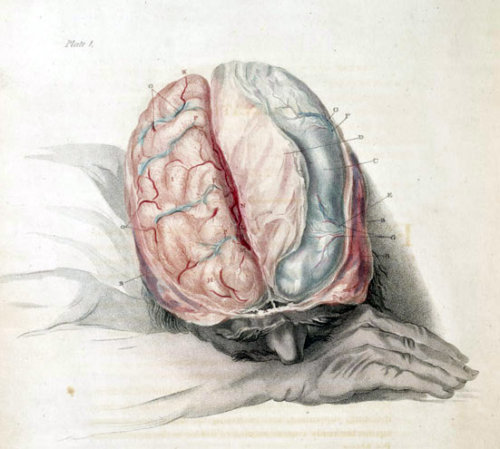 Having a family member who is a hoarder increases the risk of becoming a hoarder yourself. Brain scans found that decision-making areas of the brain are different in hoarders, suggests a risk factor the lies in inherited brain chemistry, not learned behaviour or growing up in a cluttered environment.

Co-Existence of Another Disorder

While not true of all cases, many people who hoard suffer from some form of anxiety, particularly OCD or PTSD. The co-existence of anxiety is so common that hoarding was initially considered a symptom or variation of anxiety. Researchers have since however identified enough differences between the two, and enough cases where one disorder exists independently of the other, to view hoarding as an independent disorder.

Hoarding is also frequently accompanied by depression, which flourishes as living conditions and social relationships deteriorate.

The life histories of hoarders are seldom free of significant trauma. Loss of a parent of sibling, severe punishment or sexual abuse during childhood, loss of a life partner through death or abandonment, being the victim of war or violent crime, or losing a career that was essential to one’s identity, can all transform a tendency to clutter into a case of extreme hoarding.

Hoarding worsens over time and often becomes a problem in middle age and beyond. Losses and traumas experienced earlier in life may loom larger than ever, and the hope that life will get better slowly erodes. This is a time of life when people may begin to experience health problems or a loss of earning power that fosters feelings of vulnerability and helplessness. A kind of giving up may set in, and even simple tasks that were done before, like taking out the garbage, may be neglected.

Getting help for your hoarding

Many people do not get help until hoarding triggers a crisis, such as legal actions or evictions, bankruptcy, injuries resulting from slips and falls, alienation from friends and family, or intervention by concerned family members. Hoarding in itself is stressful, and addressing the problem before a crisis occurs is preferable to doing it when you’re under threat of eviction or worried about having your pets or children taken away from you.

If you feel clutter has gotten the upper hand in your life, feel powerless or paralysed because of it, or decide that hoarding has had a negative impact on your work performance, your social life, or your relationships with family members, it’s time to get help.

What can you expect from treatment for hoarding?

There is no medication that directly helps hoarding. While medication prescribed for co-existing problems like OCD and depression can indirectly help by decreasing anxiety and improving outlook and mood, the most common and effective way to deal with hoarding itself is through Cognitive behavioural therapy (CBT).

A therapist experienced in treating hoarding will help you explore, understand, and redirect hoarding urges. He or she will also help you with practical skills, such as decreasing the anxiety that comes with de-cluttering, improving your ability to make sound decisions about what to keep and what to discard, and assist you in developing more effective ways to cope with feelings of loss and loneliness.

Therapists who treat hoarding disorder may make home visits, and enlist the help of a professional organiser who will help you achieve, over time, your goal of having an appealing, safe, and usable living space.

How can you help a hoarder?

Friends and family can play a big part in helping someone deal with hoarding disorder. By the time a hoarder gets help, living conditions are often out of control, and beyond the person’s ability to rectify on their own. Assistance in clearing out the hoard, cleaning, and even contributing funds for repairs and hauling services are practical ways you can help.

If you haven’t been to the hoarder’s home for some time, you may be appalled by the conditions.

Instead of showing anger, or asking unproductive questions like, ‘How did you let things get so out of control?’ address the person from the part of you that cares for them. Statements like ‘You deserve better than this’ and ‘If you’re ready to clean this up, I’m here to help’ will prove more productive. Making the person feel ashamed or pushing them into a defensive crouch will only make them cling harder to the hoard, as they feel it’s all they have. 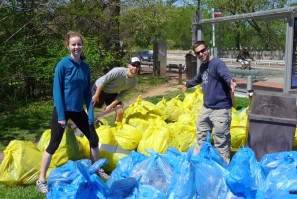 Helping someone clear a hoard is not easy. The physical work is exhausting, often repugnant, and sometimes even hazardous. It’s up to you to set limits for what you can handle, both in terms of the hoard and the hoarder.

During the clear away process, the hoarder is at his or her most angry and vulnerable. Ideally, the person has already gone into therapy, gained some insight into issues that will arise, and has asked the therapist to be on hand. Even in this best-case scenario, your patience is likely to be tested.

The hoarder will experience high levels of stress and waves of difficult emotions. He or she may respond by becoming belligerent, distracting slowing the process by looking at every trivial item to make sure nothing of value is thrown away, hauling items from the “discard” pile back into the house, or ordering everyone off the property.

It may help you muster the patience you need if you try to see things from hoarder’s point of view. Remember, what is useless to you is freighted with emotion for them. Imagine how distressed you would feel if a friend or family member told you they were getting rid of your pet, an item of great sentimental value, or the only pair of shoes you had, and you will begin to understand the alarm the person feels during this process. Also remember that what you see is an attempt to cope with emotional despair and loneliness, not the result of laziness.

Family therapy is part of treatment for many hoarders. This is where you can express your feelings in a way that will help the hoarder understand how his or her behaviour has affected others. Spouses and children often feel that the hoarder has chosen objects over them, and expressing these feelings in a mediated environment can be the first step in repairing relationships vital to the hoarder’s long-term recovery. Your love and understanding can be powerful incentives in helping the hoarder do the difficult changes that lies ahead.

Do you have an experience with hoarding you’d like to share? Or a question about Hoarding disorder you’d like to ask? Do so below and get the conversation started.