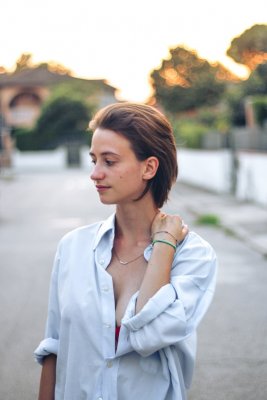 A female who has long suspected that your brain works differently? But not sure if it could be attention deficit disorder? ADHD in women can manifest in different ways.

For a long time, ADHD was a diagnosis given mostly to hyperactive boys.

It was finally recognised that girls were being under-diagnosed, because they were more likely to have an ‘inattentive’ version of ADHD than be hyperactive.

That child always dreaming and staring out the window, lost in her own world, is as likely to have ADHD as the child speaking out of turn and unable to sit still.

And she grows up into a woman who still struggles to stay grounded. And while the male:female ratio is worse in children, she might still run the risk of missing out on a diagnosis.

A study of European countries found that ratios of boy:girl diagnoses can range from 3:1 to 16:1. In adults, American research suggests suggests the ratio is at 4:1.

The core symptoms of ADHD

There are two main categories for ADHD. These are inattention, and hyperactivity-impulsivity.

From there, three ‘subtypes’ are considered in a diagnosis:

By adulthood, many find that even if they were hyper as a child, this symptom is dampened. Instead you might suffer restlessness and feeling a sort of discomfort being in your own skin.

Your inattention might now be about not being able to complete things, and being disorganised.

And while you can’t focus in general, at times you might fall into “hyper focus”. You get so engaged you don’t keep a foot in reality, or focus on the wrong things. For example, despite having an assignment due, you clean out out all your cupboards, not noticing the entire day has passed.

Symptoms in women with ADHD 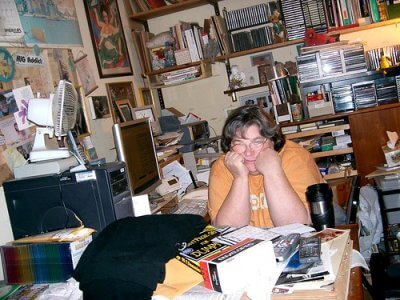 Each individual is of course unique, and there are often exceptions.

But just like that hyperactive boy/dreamy girl example, an average woman might find that her symptoms tend to be more internalised than her average male counterpart.

So while he is out there shouting over everyone in the pub, and having run-ins with colleagues for his impulsive speaking out? You are distracted by your own overthinking, and are being told you don’t listen at work.

Examples of ADHD in women On one hand, you might be the fun, cool mom, making creative games for your kids, bursting into random song and dance, and going off on last minute adventures.

You are more likely to be the parent who takes a new route home from school, sees a sign for pick-your-own strawberries, and spends a delightful hour in a field with the kids, homework and structured dinner time be damned.

But you might also be the mother who forgets parent teacher meetings and important paperwork. Or doesn’t monitor your kids homework like you know you should. Then over compensates and is too strict, until your kids are upset.

Most of all will be the nagging voice that you aren’t doing a good job of it. That you can’t keep up, that the house is too messy, that you aren’t cut out for this, that all the other mums at the school gate are judging you. Deep down you know you love your kids and that they are happy and and that is all that matters, but you can constantly feel inadequate.

Why are women less diagnosed than men?

Women are more likely to reach out for help than men when it comes to mental health issues. The Mental Health Foundation reports that here in the UK, only 36% of referrals to NHS talking therapies are for men.

But they are also more likely to have developed a system to hide their ADHD systems.

A research review looking at 41 studies on attention deficit disorder concluded that women and girls were more likely to develop efficient coping mechanisms to hide their symptoms.

Because you are accustomed to hiding your ADHD symptoms, and they might be more introspective than obvious, you might be misdiagnosed as having low self-esteem, depression, and anxiety.

Mental health issues and disorders connected to ADHD in women

Some of the ‘comorbidities’ of ADHD and ADD in women (issues that occur alongside another) are, not surprisingly, depression and low self-esteem. You depression might come with mania, meaning you have bipolar disorder.

With the high stress that ADHD causes, you can also suffer from anxiety or an anxiety disorder, including social anxiety, panic disorder, or obsessive compulsive disorder (OCD).

Addictions can be a problem, from alcohol misuse, party drugs, love addiction, and shopping addiction.

And then there are sleep problems. The busy mind that ADHD brings mean many people find it hard to drop off, or have restless sleep.

Does a diagnosis matter?

It gets you the help you need. And in some cases help can mean you avoid more serious issues.

A cohort of over over twenty UK experts met in 2018 to discuss ADHD in women and girls. In the paper they published about their conclusions, they pointed out that:

“Women with ADHD have been found to be at higher risk for some adverse outcomes, including greater mental health impairment, severe mental illness (schizophrenia) and admissions to in-patient psychiatric hospitals in adulthood.”

Pretty sure this is you?

It can be difficult to get access to a diagnosis through the National Health Service (NHS) here in the UK, where adult ADHD is only beginning to be given the attention it deserves. But there is a growing number of private psychiatrists offering the service.

Can’t currently afford a psychiatrist, and aren’t sure if you do or don’t have ADHD? Another option is to try a few sessions with a psychotherapist who works with ADHD clients, which will be cheaper, and see what their professional opinion is. If they do feel you have ADHD, they can recommend you to a psychiatrist, and in the mean time help you learn tools to help you cope.

Ready to talk to a professional and have an adult ADHD diagnosis? We connect you with a team of ADHD therapists and adult psychiatrists, including well-known ADHD expert Dr. Stephen Humphries.

Still have a question about ADHD in women? Ask below. Note we cannot offer free counselling over comments.