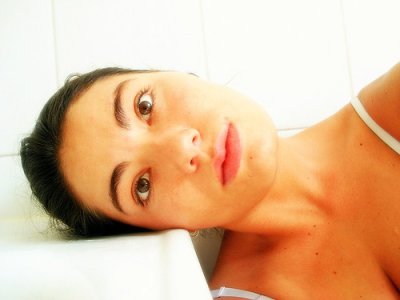 When bad things happen, does your mind suddenly go blank? Do you feel tired? And just end up not responding?

Your brain might use ‘the freeze response’ in the face of stress.

The way we respond to perceived danger was long called the ‘fight of flight’ response. This idea was coined way back in the 1920s by psychologist William James and physiologist Carl Lange, who declared that emotions are merely the result of physiological (bodily) reactions to events.

The idea of ‘fight or flight’ is pretty much what it says. If we are faced with danger, we run away, or stay and fight.

What is the freeze response?

Of course much has been learned since the days of Lange and James. We now know, for example, that emotions are more complicated things than merely a response to physical experiences.

And a third response to stress has been recognised, called the ‘freeze response’. You don’t run away or fight, you instead become immobile.

An example of fight, flight, or freeze

If a colleague suddenly explodes on you, furious you got the promotion they wanted, you might yell back and stand your ground. This is fight mode.

Or you might just back off and walk away, telling them to talk to you when they have calmed down. This is flight mode.

Then again, you might be the type who goes totally still and silent and just lets your colleague rain down his anger on you, as you feel more and more detached and unable to respond. You might even dissociate, feeling very calm and as if you are watching yourself from outside of yourself. This is the freeze response.

The freeze response can also be an ‘in addition to’. You might freeze but then flee, or flee and then freeze. You walk away from your colleague and sit at your desk, numb and unable to move or have a coherent thought for a good half hour.

A study looking at the human freeze response in the face of a threatening stressor saw participants trapped in a device that administered a dose of CO2. The study produced an unexpected link between the freeze mode and a desire to flee. It seemed that panic and a desire to flee increased the belief that one was unable to move. [1]

Symptoms of the freeze response

In the face of any stress, you will find that you:

After the stress is over, you: 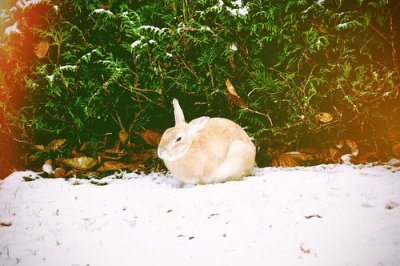 The most important thing to know about the freeze response

The most important thing to know is that it’s not your fault.

Evolutionary psychologists connect the fight, flight, or freeze response to the early days of our existence. If we were faced with a hungry, possibly human eating wild animal, there was no time to physically or psychologically prepare. So the brain developed a quick response.

So the fight, flight or freeze response is an automated brain function. You can’t just ‘decide’ to stop it. Your brain triggers your nervous system and floods your body with chemicals, and from there you have no choice but to ride it out.

Think of animal instinct. A zebra runs if it senses a lion, but a rabbit plays dead if a fox is near. You tend to be like a rabbit.

BUT…. you can work to essentially ‘reprogram’ your brain. You can become that zebra.

We all have the fight, flight or freeze response to danger. It gives our body the right rush of chemicals so that if we are in an accident, or being attacked, we can do what it takes to survive.

The problem is that some of us have a brain that judges everything as dangerous. Our stress response goes off all the time, in totally inappropriate situations.

The big boss passes us in the office without saying hello, our partner raises their voice over the way we loaded the dishwasher, and bam. Our heart is racing, our palms sweating, we are in the stress response.

Your brain doesn’t have an oversensitive stress trigger naturally. It’s a decision your brain has made because somewhere in the past you went through something that felt so bad, you decided you would not let that happen again.

This might have been a childhood trauma like sexual abuse, a series of traumas such as childhood neglect, or a more recent trauma like being the victim of a crime as an adult. The freeze response is connected to:

What can help me stop freezing under stress?

Again, it’s a powerful brain mechanism. So it won’t change overnight. But there are certain tools that can help.

A study of patients diagnosed with generalised anxiety disorder (GAD) looked at the effects of mindfulness-based stress reduction versus just stress management. Using mindfulness not only led to lower levels of anxiety, it was found to help more with stress reactivity and coping. [2]

And you might want to learn things like better communication skills, how to stick up for yourself, or even self-defence. A study in threat detection reactions in animals and humans found that anxiety leads us to have ‘rituals’ that aren’t actually helpful, from OCD rituals like tapping or counting, to just the ritual of overthinking. If we instead learn proper means of defence, so we could actually navigate real danger, it can help. [3]

Therapy is highly recommended if your stress response is related to an anxiety disorder or PTSD.

What type of therapy can help me with a trauma response?

If you experienced childhood trauma or adverse childhood experiences, and you have a very sensitive response to what you see as threats? It’s important to choose the right type of therapy.

Instead of starting with a therapy that has you deep diving into your past and talking about what went wrong, which might simply trigger your stress response and leave you feeling worse instead of better, consider a ‘stabilising’ therapy to start with.

Read more about the best therapies in our article, ‘What Therapies Work Best for Trauma?“.

Ready to stop freezing and start standing up for yourself? We connect you with a team of highly regarded and reviewed London talk therapists who can help. Or use our booking platform to source UK-wide therapists and online counsellors who can take international bookings.

Have a question about the freeze response? Or want to share your own experience of how therapy helped? Use the comment box below. Please note we cannot provide a counselling service over comments. If you need to talk to someone, please book a session.