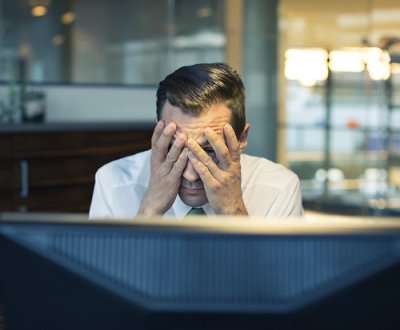 From small things like continuing to overspend when you know you are in debt, to bigger issues like picking unhealthy relationships every time, what is it that drives you to keep making the same mistake?

Blame it on Your Brain?

Our brains might be designed to repeat mistakes, creating what are called ‘mistake pathways’. Although it’s actually not a process that is yet completely understood or proven (despite the claims of other articles on the web, ‘decision neuroscience’ is still a very young field). [1]

It might be that bad decisions happen if we focus on our mistakes. An experiment at McMaster University in Canada published in the Quarterly Journal of Experimental Psychology [2] created ‘tip of the tongue (TOT’)’ states in participants, those moments where you are searching for a word but it’s not quite coming.

Once the person couldn’t find the answer they wanted, but was making mistakes, they were asked to keep trying for 10 seconds or 30 seconds. A few days later, they repeated the same tests.

It turns out that the longer participants focused on the problem in the earlier round of tests, the more likely they were to again have a problem, leading the scientists to call the study, ‘Learning to Fail’.

Our tendency to make mistakes could also be connected to the influence of emotions. We can resort to using our ‘toddler brain’, meaning we are driven by our temper or sadness if we are too tired and upset to use our prefrontal cortex (‘adult’ brain).

For example, we overspend or eat junk food more when we are depressed, or are more likely to have ‘one cheeky cigarette’ if we feel angry or stressed.

But on the other hand, emotions can also be useful with decision making and are not thought to be a completely separate phenomenon.

In their now often quoted paper, “The multiplicity of emotions: A framework of emotional functions in decision making“, psychologists Pfister and Böhm showed how emotions can provide useful information, help us make faster decisions, help us know what facts are relevant to our decision, and then help us commit to a decision that benefits others instead of only ourselves. 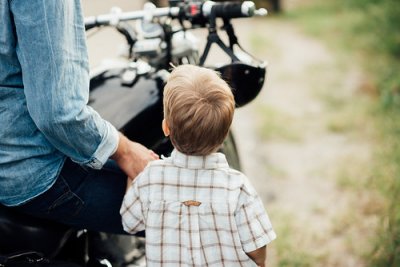 Behaviours are also learned. Our decisions are affected by the environments we live through as a child, and the belief systems these experiences see us create.

It might be as simple as a parent who was impulsive and self-centred, and we now tend to make decisions the same way. Or, if we were always criticised as a child, we can make poor decisions as we have a hidden belief that ‘whatever I do is the wrong thing’.

Childhood trauma,  is also a a major contributor to constantly making mistakes.  Things like child sexual abuse  decimate your self-worth, leaving you with unconscious limiting beliefs that you simply don’t deserve good things. You end up unconsciously making decisions to prove such negative assumptions correct, such as again and abusing yourself with things like overeating, self-harm, and abusive relationships.

Do you feel like you used to make good decisions, but somehow it all went wrong? And have you not been yourself lately?

Mental health issues can have a strong influence on our ability to make helpful decisions. 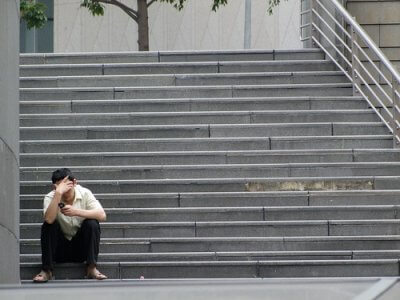 Low self-esteem leaves us assuming we’ll make the wrong decision, and lo and behold we do. Or we make ‘safe’ decisions that actually hold us back, because we don’t have the confidence to take any positive risks.

Depression leaves us with such negative, doom and gloom thinking we can try to avoid making any decision at all.  It seems pointless.

Anxiety hijacks our thinking until it is increasingly illogical and paranoid. We think we are making good decisions, but we are making fear-based decisions that later can leave us feeling embarrassed.

Adult ADHD has a strong proponent of impulsiveness. We make a decision before we think things through, and live in a constant cloud of regret. Which then drives further bad decision making.

A study published in the Journal of the Academy of Marketing Science showed that focussing on your past mistake makes you more likely to repeat them. When participants were asked to focus on spending mistakes, it didn’t stop shopping binges. But focusing on positive future outcomes of better spending, instead elaborating over past impulse buys, was more likely to stop negative financial choices. [3]

Borderline personality disorder means you lack emotional control, and are often blinded by your feelings. In a flash of anger you can breakup with someone you actually love, or walk out of a job that was a good situation.

How to avoid making the same mistake again

Stopping ourselves from making the same mistake is not instant. It takes work and commitment. So where to start, given the above information?

Learning from mistakes has its place. But if we are constantly focussing on ‘what we did wrong and why’? We are actually making it more likely we will make the same mistake (as shown by the study above about spending habits mentioned above).

You might want to learn about visualisation, a tool for imagining positive scenarios that is now used by some therapists.

A great way to focus on the future is to learn how to make goals that we are not only excited by, but that we actually will achieve. This means learning how to make SMART goals, and then knowing how to troubleshoot goals if things aren’t going to plan.

Psychology, as we’ve seen, shows that emotions can both help and hinder decisions. Committing to a mindfulness practise helps us be more and more in the present moment and less and less in the control of our racing minds and our negative emotions.

4. Raise your self compassion.

Remember, bad decisions are more likely if we go into ‘toddler brain’ and act from our temper. And beating ourselves up is one way to trigger the cloud of emotions and helplessness that makes this far more likely.

Self-compassion has become a hot topic in therapy circles of late, chiefly as it seems a faster route to better self-esteem. It means treating yourself as kindly as you do your best friends.

Accountability is another great tool for keeping you on track to better decision making. Working with a counsellor or psychotherapist provides this weekly accountability. It also helps you recognise the roots of your poor decision making, and troubleshoot any mental health issues that are exacerbating the issue.

Ready to troubleshoot your decision -making process? We connect you with highly rated London counsellors and psychotherapists. Or use our booking platform to find UK-wide registered therapists and Skype counselling you can take part in from anywhere.

Still have a question about making the same mistake again and again? Post in the comment box. Note that we read and approve all comments to protect our readership and don’t allow harassment or advertising.

Andrea Blundell is the lead writer and editor of this site. After a career as a screenwriter she did training in coaching and person-centred therapy. She still has a tendency to make decisions on impulse.

1.As per Brainfacts.org, “a public information initiative of The Kavli Foundation, the Gatsby Charitable Foundation, and the Society for Neuroscience – global nonprofit organizations dedicated to advancing brain research.”