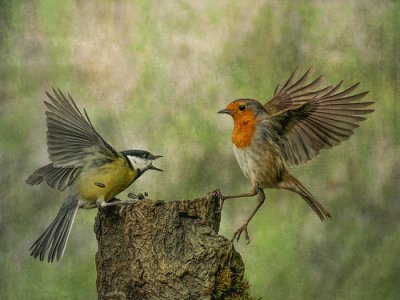 Always pick a fight despite best efforts to let things go or not react? Why can’t you stop yourself? And is there anything you can do?

Why you pick a fight with lovers and friends

There are multiple reasons we  pick fights.

But often, if we have a very entrenched habit of being scrappy with a partner or best friend? There is also an umbrella reason tying things together. So how does it all work?

1.Sabotage mode is on.

Always pick a fight when things are good? After you’ve had a nice day, or have been getting close to someone?

Negative core beliefs around love that leave you terrified of intimacy mean that too much connection and joy can throw you into self-sabotage.

Also called ‘limiting beliefs‘, these assumptions you’ve mistaken as fact sound like,  ‘I am not worthy of love’, ‘I am unwanted’. They hide out in your unconscious mind and run the show, and are determined to be proven right.

If life is going so well that you’d have to accept this ‘operating system’ of beliefs is incorrect, your unconscious panics and pushes you to take negative action to realign.

2. You are a master of avoidance.

Tend to pick fights about little, not that important things? Or have the same pointless conflict again and again?

Fighting with a partner or friend is a wonderful distraction from what really needs to be dealt with. Whether that is that you need to set boundaries with a friend, or that you are worried your partner is having an affair, endless fights about little things become a delay tactic. 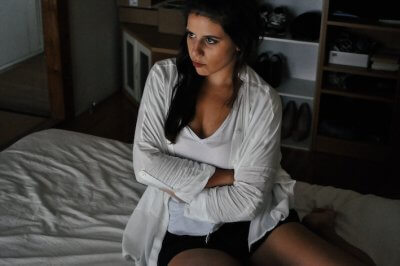 Do your fights seems random? And do you secretly enjoy the drama, and like to tell the story of it all later?

Fights are exciting, and can create the interesting energy you are missing if your relationship is stuck in a rut. But of course it’s a very unhealthy way to bring excitement to a relationship. Better ways would be deep connection, planning life goals together, or having good sex.

Do you pick fights after a period of no sexual connection?

Speaking of sex. Conflict in partnerships can in some cases be a roundabout way to get it. As long as it doesn’t go too far, spats usually end in makeup sex.

According to a large-scale study of 6,000 citizens by UK charity Relate, ” Nearly two thirds of us (62%) say our sex life is important, but fewer than half are satisfied (45%) and over half (51%) haven’t had sex in the last month.”

Of course it’s not just the sex, it’s also the next point…

5. You are craving real intimacy.

Are you more likely to start a fight if you feel your friend or partner is not paying attention?

It might be you deeply crave real connection, attention, and intimacy, but don’t know how to get it in healthy ways. Fighting and its aftermath might be the only way you know to create that close feeling.

6. You don’t know how to communicate properly.

Have a sense when you pick a fight there is something you really want to say, but then the fight ends and you don’t feel you’ve said it?

Not knowing how to connect, or to get your needs met, boils down to an issue with communication. 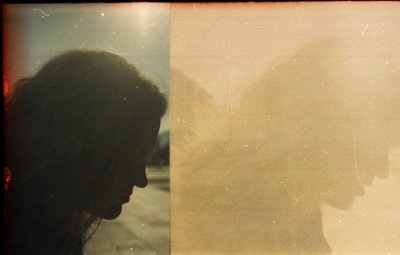 Notice if the fights you pick involve blaming others for things, or bullying people to give you what want. It shows you don’t know how to explain how you feel, or ask for what you want.

A study by Belgian researchers found that conflict in relationships happen when crucial needs are not met, such as the need to feel attached, and yet autonomous, and the need to feel accepted and be seen with positive regard.

Do you ‘micro fight’? You nag, and they react? And do you later complain to friends, ‘he never does what I ask’, or ‘all she needs to do is change this one thing…’?

One of the reasons we don’t know how to communicate our wants and needs is that we don’t know what they are. We are so caught up in pleasing others and being what others want— a.k.a. codependency— that we have long lost a sense of self.

We also don’t feel enough self-esteem to feel our needs are worthy of being met, so resort to getting them passively aggressively — by picking fights.

8. You actually don’t have control of your emotions.

Do your fights come out of nowhere? Are they really firey and dramatic? Are you known from going to zero to one hundred emotionally in a matter of seconds?

‘Emotional dysregulation’ in psychology means you actually can’t control your emotions. It’s as if your emotional thermostat is broken and moves far too fast, getting stuck at the top and bottom instead of staying in the middle.

Emotional dysregulation can rise from a traumatic experience, either recently or as a child. And it’s a leading symptom of borderline personality disorder, where you often are impulsive and driven by a terror of being abandoned.

And what’s the umbrella reason you pick fights with others?

There is one big reason we get stuck in all these fights above. And that is that we are actually re-enacting a power dynamic from our childhood.

We aren’t really fighting with that other person at all. We are still having a go at the father who refused to give us attention, the overcritical mother, the parent who would never let us be right, the caregiver who walked out and abandoned us.

Unless we take the time to identify and transform these dynamics, we repeat the pattern again and again, essentially choosing friends or partners like our parents.

Ready to stop the endless fights that leave you lonely? And break the pattern at last? We connect you with top London talk therapists in central locations. Or find a UK-wide therapist on our booking site, along with online counsellors who can help no matter where you live.

Still have a question about why you pick a fight or want to share your experience with other readers? Post below. Please note that comments are moderated and we do not allow aggression or advertisements.

Andrea Blundell has written several thousand psychology and coaching articles as a ghostwriter, and is now the editor and lead writer of this blog. With training in person-centred counselling and coaching, her fave topics are trauma, ADHD, and relationships.

2 Responses to “Known to Always Pick a Fight? Here’s Why”