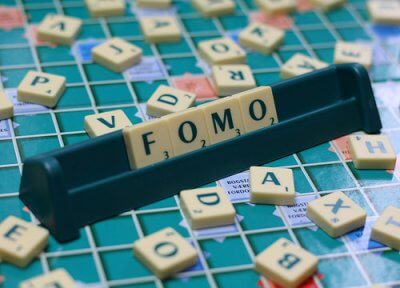 FOMO is now a term we all know and use. So  should you actually be worried if ‘fear of missing out’ has you in its grip? And is it actually a mental health concern, or overrated?

What is FOMO, exactly?

FOMO, or fear of missing out, is not actually a term that arose from psychology but from marketing, but has been adopted as a psychological topic.

Fear of missing out, or FOMO, refers to the worry created when we think that missing out on an event or experience will negatively affect our lives.

Why does it matter? Research shows that FOMO stresses us out. Trying to keep up and not miss out leads to fatigue, sleep problems, higher stress levels, and even physical symptoms, like ongoing colds and flu (too many parties, not enough sleep?).

Why FOMO is nothing new

Although it’s now connected to social media, FOMO is nothing new. Psychology has long identified that as humans we are motivated by things outside of ourselves. ‘Self determination’ theory has been around since the 1980s, and believes that one of our three core needs as humans is ‘relatedness’, or connection.

While ‘intrinsic motivation’, such as our values and beliefs, are healthy motivators to meet our needs, we are also influenced by ‘extrinsic motivation’, things outside of ourselves that give us a feeling of reward. Such as, say, approval by other people on social media for being at the ‘right’ events and getaways.

From an evolutionary psychology point of view, FOMO could be even be seen as a type of survival skill. Knowing what was going on in your tribe and with tribes around us probably meant you’d know where a food source was, or where wild animals to be avoided were. And as we progressed as humans, staying on top of things like local news and gossip would still mean you were ready for untoward weather or avoided being ostracised.

[Time to book a therapist you like and stop FOMO in its tracks? Book a Skype therapist now and start chatting this week.] 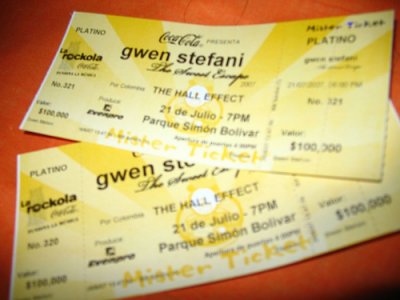 If your FOMO is about a rare experience you have long hoped for – say, to go to a concert of your favorite musician? And you are panicking you won’t get a ticket, or have the night off, and will never get over the missed opportunity?

Entirely normal.  Worry about whether we will or will not attain a goal or dream happens because we want to avoid being disappointed.

But if your FOMO is consistently connected to missing random social events – parties, drinks out, weekends away – usually with the same group of people? This is where fear of missing out can take a dark turn.

When you are worried you won’t be ‘in the know’, that other are having fun without you? Fear of missing out is actually about your identity. You mistake who you really are with what you do, and how you appear to others – your ‘self concept’. And this could be a reason social media creates so much FOMO. It’s all about self concept, the way we present ourselves.

The more you focus on your self concept, your idea of who you should be, the further you can float from the real you – your personal values, your sense of purpose, the goals that match these values. And the more you float away from this ‘actualised’ self, the more unsettled you feel.

When FOMO is actually normal 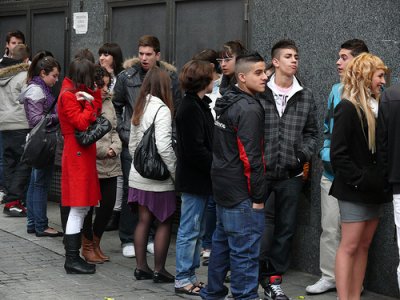 There is a point in time it could be argued FOMO is actually normal — adolescence. Erick Erickson was a psychologist famous for writing about human development. He defined eight different stages to our ‘psychosocial development’ that we need to master to become contributing members of society.

Between ages 12 to 18, we go through a stage he called “Identity vs. Role Confusion”. Our main job here is to develop a sense of self and answer questions like, “Who am I?”, “What am I here for?”, “What am I going to do with the rest of my life?”.

So it’s perfectly normal as a teenager to ‘try’ on’ different personalities and identities. This can of course create a feeling that you need to try everything, or you might miss out on finding yourself. But the more you realise what truly matters to you (your values), the more you realise that you are you, and a party is just a party.

In your twenties, and feel like you are still ‘trying on’ who you are? Don’t panic. Some psychologists feel that development markers are moving. We are taking longer to figure out who we are, and living at home with our parents longer.

Given that most research studies to date done on FOMO were carried out on university students, it does stand to question if FOMO is indeed an inflated issue.

What makes one person more susceptible to FOMO than another?

Some people try to connect FOMO to extroversion. It’s true that extroverts are naturally outward-looking — they  seek answers from people and environments outside themselves.

But extroversion alone doesn’t cause FOMO, nor is it an essential ingredient (in fact a Canadian study found that FOMO didn’t directly correlate to extraversion at all, but was felt by everyone).

If you are well out of your twenties and suffer constant FOMO, then it’s more likely connected to one or several of the following:

How would we end up with these issues? Often we didn’t get enough ‘attachment’ as a child, either through inconsistent parenting or because or capacity to attach in healthy ways was damaged by childhood trauma.

Healthy attachment means we had at least one caregiver we could rely on to be a consistent, stable, and safe source of love, regardless of our own behaviour. Without that we end up with ‘anxious attachment’, meaning we worry if others like us or not, crave attention and approval, and fear rejection. Which, as you can imagine, makes us a perfect FOMO candidate.

[Ready to deal with your fear of missing out for once and for all? Read our connected piece, “How to Fight the FOMO“.]

Is it FOMO at all? Or a psychological condition?

FOMO every Friday when you scan social media for how others are spending the weekend, or when you cruise Facebook and see pictures of your other friends on vacation together? That’s one thing.

But if your ‘fear of missing out’ is a daily or constant occurence, and directly affects your daily life and your coping skills? It’s probably more than just FOMO.

If your mind doesn’t just worry about missing out on an event, but also how that might then lead to the end of all your friendships, then maybe your partner will break up with you, and your boss will hate you, and suddenly you are all alone and homeless and…. well, you get the point.

Irrational whirring thoughts laced with doom and gloom are not just FOMO, but anxiety. Talk to a counsellor about anxiety before it rolls into anxiety disorder.

Do you feel so terrible and left out if you miss out on something you then don’t want to talk to anyone at all? Are you then plagued with negative thoughts, full of doom and gloom, or do you feel like life is not worth living after a case of FOMO? This is depression.

Do you feel absolutely frantic if others go out without you, and actually feel abandoned? Then get really emotional about it or have fiery arguments? Do you sometimes do little things to get revenge on people who don’t invite you, or have dark thoughts? Then self-harm to calm down? Have you ever abruptly cut people out of your life for leaving you out? Do others tell you you overreact or are dramatic? You might have borderline personality disorder.

Is it time for some FOMO support?

If you are suffering from extreme anxiety or worry you lack and real sense of self, then seeking support can do wonders. A coach, counsellor, or psychotherapist creates a safe, confidential space for you to ‘let it all fly’. You can also start to experiment with new ways of thinking and behaving that feel more like ‘you’ than less like the person you’ve been pretending to be.

Are you ready to end the FOMO and start feeling good about the life you actually have? We connect you with some of London’t top therapists in lovely central offices. Not in London? Find a UK-therapist on our booking site, or book a Skype therapist you can chat to from any country in the world.

Still have a question about ‘what is FOMO’, or how fear of missing out is or isn’t affecting your life? Ask in the public comment box below.